Since 1994 the RNLAF uses three Agusta-Bell AB-412SP for SAR-purposes based at no 303 squadron, air base Leeuwarden. These aircraft replaced the outdated Alouette III of the SAR flight. This type has been used for over 25 years.
The Bell 412 was used for search and rescue purposes, mainly above sea.
They are also used for transport of patients from the Wadden islands.
The aircraft are overall yellow and soon were nicknamed 'Tweety'. 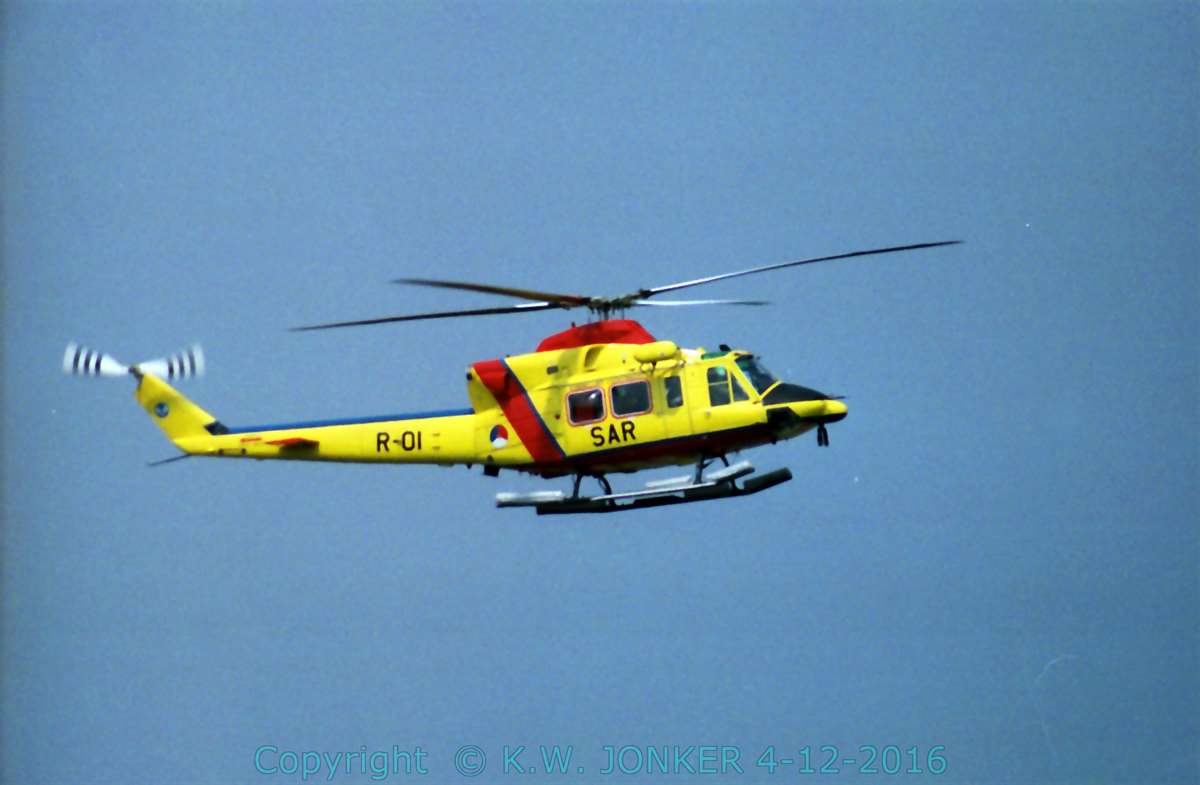 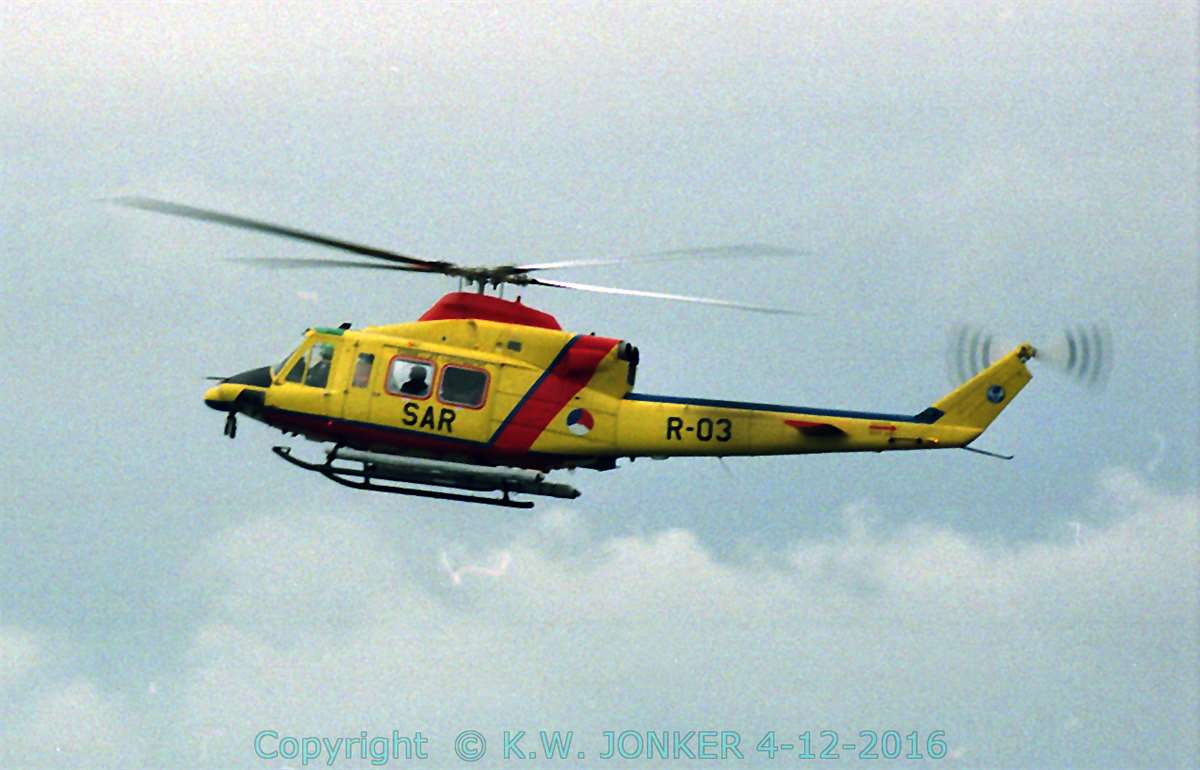 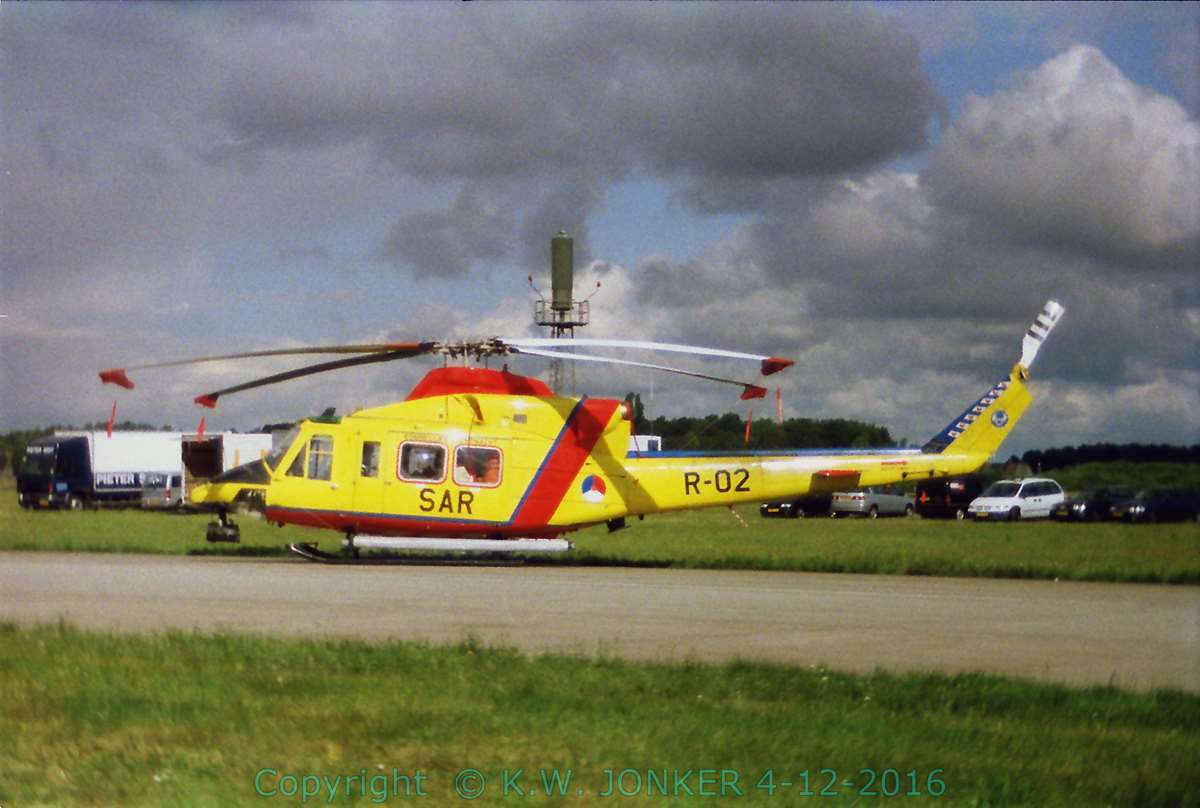 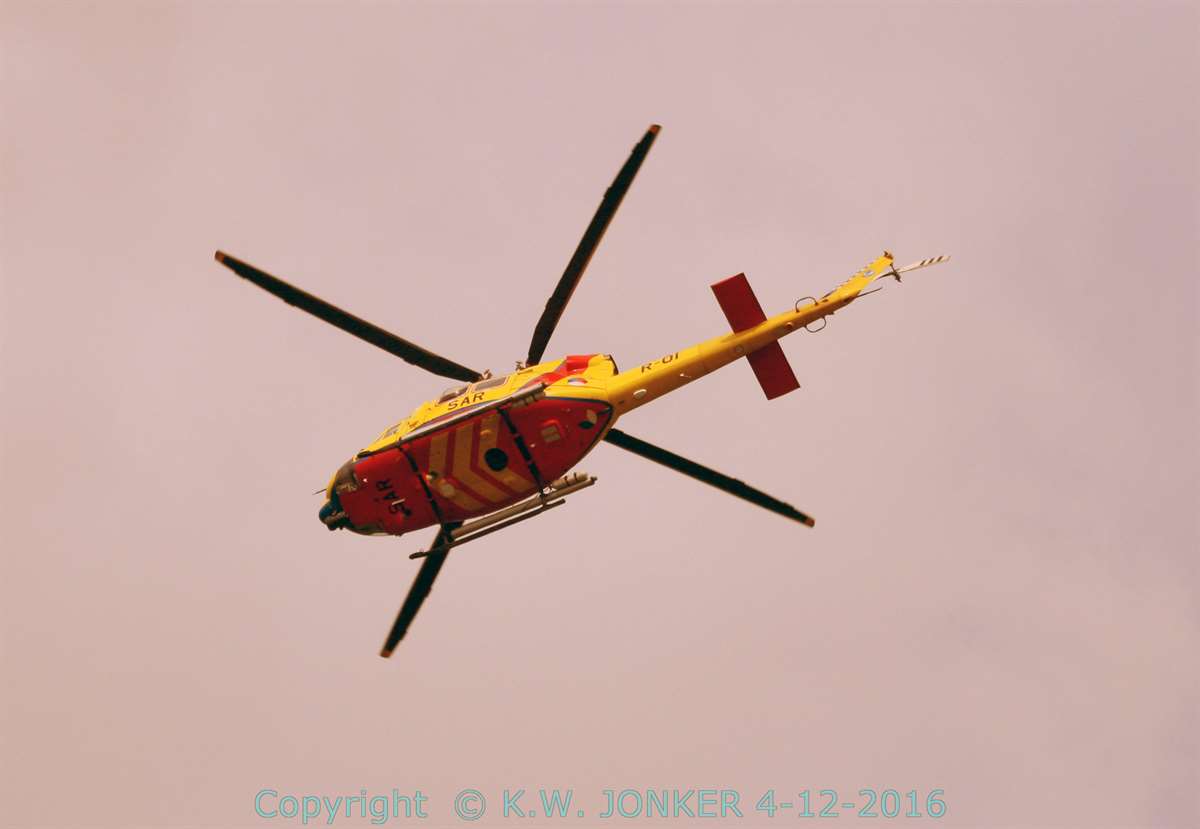 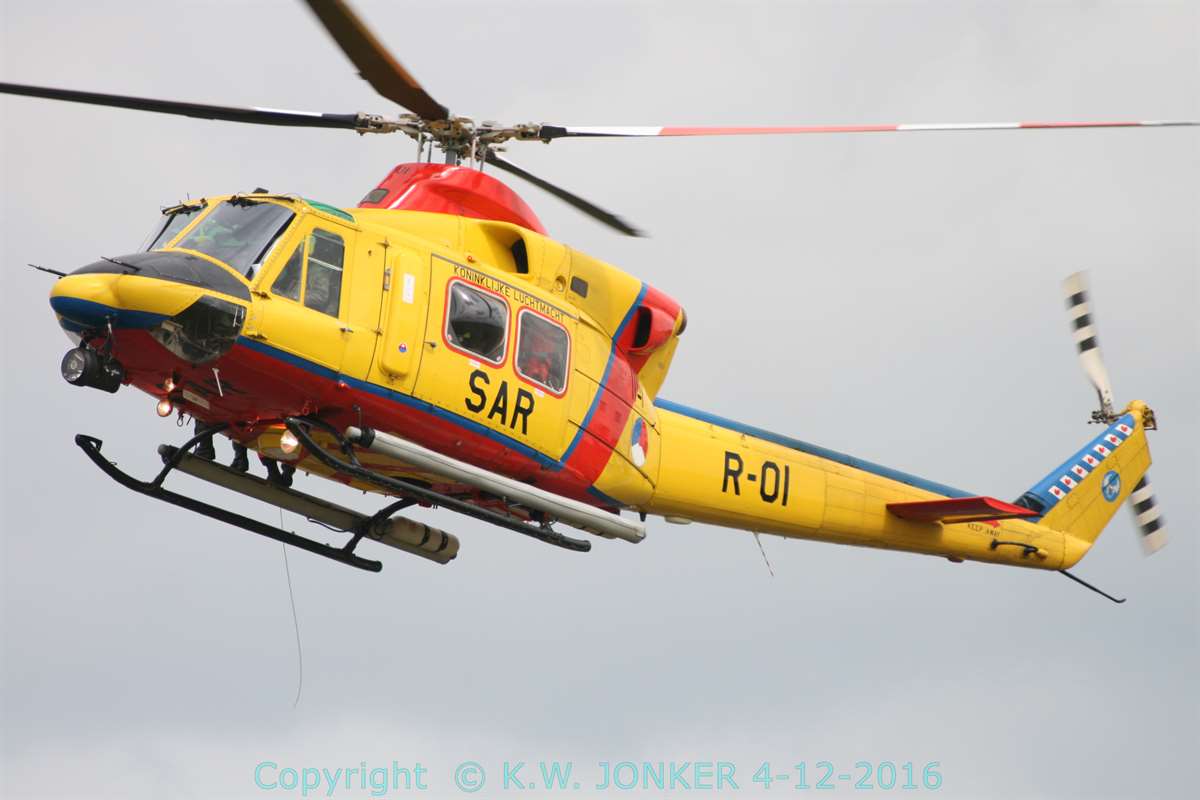