The Airco DH.9 was designed to succeed the Airco DH-4 in an attempt to solve the shortcomings of this aircraft.
In fact, it was just a refinement of the DH.4, with only the hull was revised.
The pilot seat was moved backwards and the fuel tank was now situated directly behind the engine. The engine was to be a promising BHP rated 300 hp, but because of setbacks in the development of this engine, it was only 230 hp. This had a negative impact on the performance of the new machine, which was now significantly less than that of the DH.4. There were over 4000 in order, based on the expected performance. The first examples were delivered in November 1917, nine squadrons were operational in June.
The replacement engine, actually evolved from BHP, was the lighter Siddeley Puma rated 230 hp, with which most production DH.9s were fitted. This engine proved to be unreliable. Also, the (heavier) Fiat A.12 applied.
Other attempts to improve performance with other engines were not successful.

The aircraft was used on the western front and suffered very significant more losses than DH.4, also by the unreliable engine.
For example, in the Middle East there were less troubles, mainly due to the tact that less resistance was encountered.

Production went on until 1919 and in 1920 the type was taken out of service by the RAF.
After the war, many aircraft were declared surplus and were sold or scrapped.
Because of the large capacity the DH.9 was very useful for the transport of carriage of passengers and goods.
Often, the aircraft was substantially rebuilt and equipped with a passenger compartment.

DH.9:
The original version, 3024 examples built, plus a number under licenses in Belgium and Spain.
DH.9A:
better known as the Nine-Ack was designed by Westland to be equipped with the American Liberty L-12 engine rated 400 hp (298 kW). Besides the new engine also slightly larger wings were applied. Because a shortage of these American engine, the plane was put into operation in smaller quantities than hoped. Finally in 2300 examples were built.

In service with LVA

A total of ten aircraft were interned during world war one.
At the end of 1918  Plesman requested to establish a separate unit equipped with the Airco DH-9, within the LVA, which was allowed. All aircraft, except one were returned to the RAF in March 1920. The aircraft were not flown back to England, but scrapped at Schiphol. The remaining DH.9, serialled H-433 was purchased and used for some time at Soesterberg as a trainer for pilots of the KNIL. 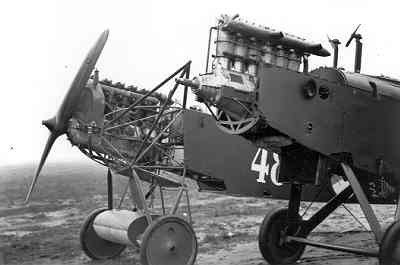 Fuselages of a Fokker C.I an an Airco D.H.9 433.
[Enclosed photo from BeeldBank NIMH. Click on photo for ordering information] 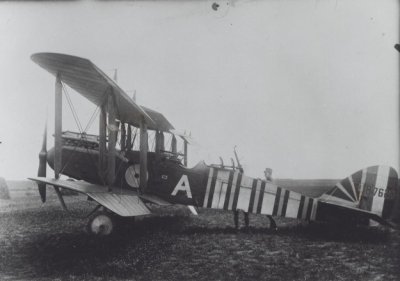 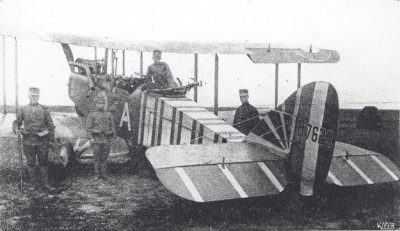 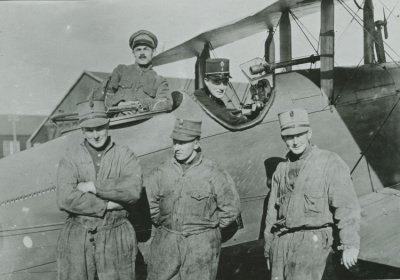 DH.9 with LVA personnel at Soesterberg.From left to right sgt. Kaltofen and lt.vl. Nab (both in the aircraft),in front of the aircraft vlm. Van Andel, Van der Leeden and Frijns.
[Enclosed photo from BeeldBank NIMH. Click on photo for ordering information]

Front view of Airco DH.9 de H433, ex B7620 "A" at Soesterberg.
[Enclosed photo from BeeldBank NIMH. Click on photo for ordering information] 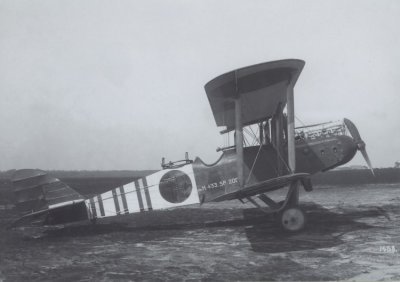 Airco DH.9 serial H433, ex B7620 "A" at Soesterberg with orange disc.
[Enclosed photo from BeeldBank NIMH. Click on photo for ordering information] 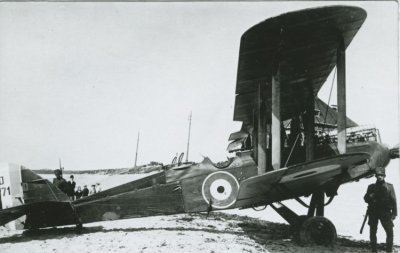 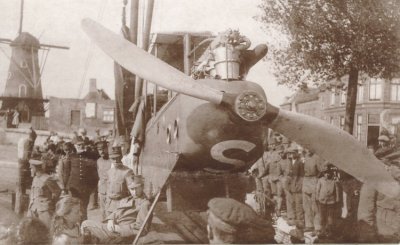 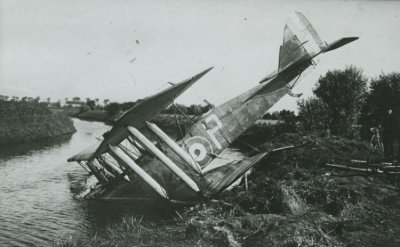 H.9 D3107 "P" in the water near Vlissingen (Middenreduit, Souburg) at September 15, 1918.
[Enclosed photo from BeeldBank NIMH. Click on photo for ordering information] 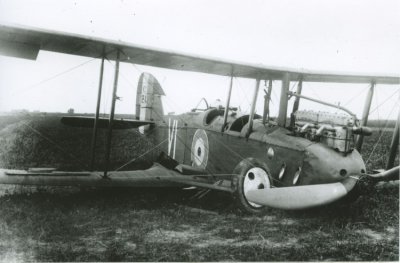 In May 1919 an order was placed for DH.9 's for the ML-KNIL. There were ten newly built by DeHavilland. The rest were assembled in the Netherlands.
The first twelve aircraft were delivered in 1919, followed by 14 units in 1921 and 10 in 1922.
The devices were all in the standard RFC-painting, with the Dutch registration and markings on the fuselage and wings.

During the period of use some DH-9s were converted for special purposes, such as four ambulance units, e.g. designated H-115A, photo reconnaissance, such as H-120F, H124F and H130F).
There were also a number of DH-9s built. These were fitted with a plywood fuselage and were provided with HL-registrations.
These home-built DH-9s were as equipped with a flat radiator at the front, a fully covered engine, new balanced ailerons and an enlarged tail fin and rudders. The prototype,serialled Hl-137, first flew in 1925.

In 1934, the remaining DH-9s were fitted with new engines, a 465 hp Wright Whirlwind by, these were reserialled HW serials and were used as trainers until 1937. 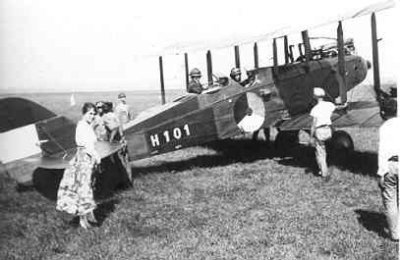 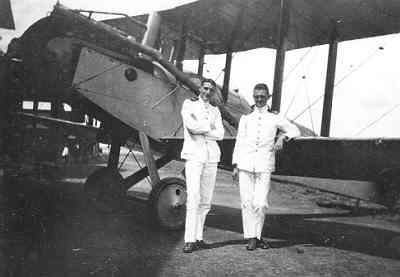 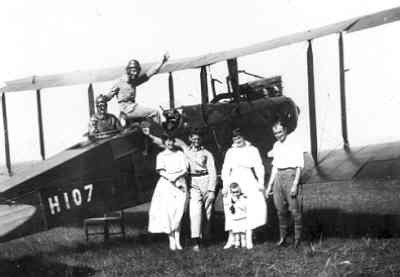 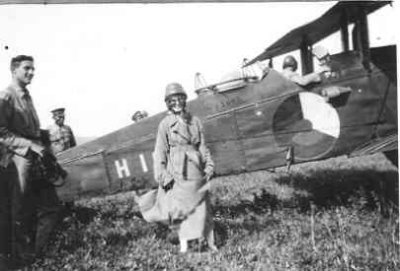 For the serials LVA I have used the results of a research by Van Zwiete; this information I obtained from F. Gerdessen.

>Date out of service


The fuselage is overall PC10 [this colour varied from dark green to brown [Humbrol H179 till Humbrol H108]; the wings were clear doped linen. The LVA used orange balls as identification marking untill early twenties (of twentieth century).
The ML-KNIL used the roundels similar to those currently in use.

Airco DeHavilland DH-9: an interned example used by the LVA.

Special thanks to F. Gerdessen for providing me with additional information regarding the serials of the LVA machines