The Beech AT-11 Kansan was a special version of the Beechcraft Model 18, meant to be used for the training of bombardiers and air gunners.

For more information about the Beech model 18, click here. 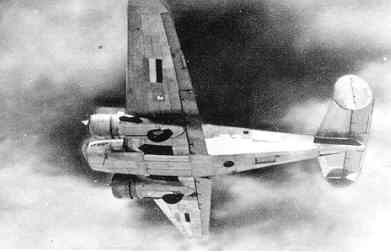 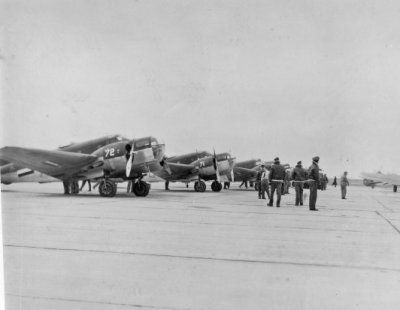 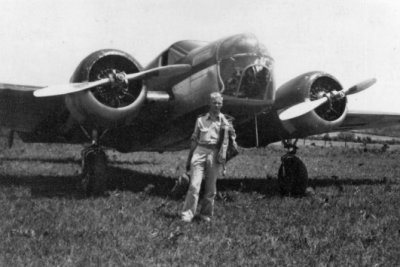 The machines ordered by the RNlNAS were serialled A-1 to A-24. The aircraft were never delivered.
Below are the RNlNAS serials also given, but the relationship with the RNMFS serials are not certain. The second USAAF number is the number that the AT-11s received after RNMFS was dismissed and the aircraft were transferred again to the USAAF.
Between June 1943 and late 1943, six aircraft were borrowed from the USAAF in order to elapse the training program

Thusfar no Beech AT-11 kits are released. ICm has released some Beech 18 versions in this scale. These kits could be coverted with de conversion set mentioned below

Overview of colour schemes of the Dutch Beech AT-11 Kansans

Delivery scheme of the Beech AT-11 Kansan. Initially, the AT-11s of the RNlMFS still used the serials of the RNlNAS.

Second colour scheme of the Beech AT-11 Kansan.

Third colour scheme of the Beech AT-11 Kansan.

Special thanks to mr M.T.A. Schep for the extra information about the Dutch At-11s, such as photos and for the corrections of my (initial) drawings.