This aircraft was initially designed by Breguet as maritime patrol aircraft in order to reflect the NATO specifications from 1958 for a successor of the Lockheed Neptune.

The Atlantic was built and developed by a European consortium of aircraft factories, operating as SECBAT (Société d'Étude et de Construction de Breguet Atlantic).
The first prototype made its maiden flight in October 1961, the second one made its first flight in February 1962.

in 1963 an initial French order for 40 examples plus an order for 20 examples for Germany, was received. The first pre production aircraft made its maiden flight in February 1963; the second one in September 1964. Both had an extended fuselage.

Delivery of the German and French order took place between 1965 and 1968.

The production was just ended, when The Netherlands ordered nine aircraft, soon followed by an Italian order for eighteen aircraft.

Characteristic is the fuselage, which consists in fact of two tubes. The upper part houses a pressurized crew compartment and the control equipment and the lower part an area of 9 meters for the submarine war fare, such as eight guided torpedoes, depth charges or mines. Furthermore, a MAD is present in the tail boom, radar scanner in a retractable radome under the fuselage.

A secondary tasks of the Atlantic is long range maritime patrol and also SAR tasks.

In 1978, the French government ordered the development of a updated version, the Atlantic Nouvelle Generation.

Especially the equipment and avionics were modernized; a new radar, sonar, tactical computer, FLIR-installation was added. Also it was possible to carry the Exocet rocket. Two existing Atlantics were used to built the prototypes. The first one made its maiden flight in May1981.

In the end 28 examples of the Atlantic 2 were built.


Because the aircraft carrier "Karel Doorman" was withdrawn from use in October 1968, which was earlier than planned, the Dutch navy was no longer capable to monitor the Dutch part of the Atlantic ocean, because the range of the Grumman S-2F Tracker was to small. 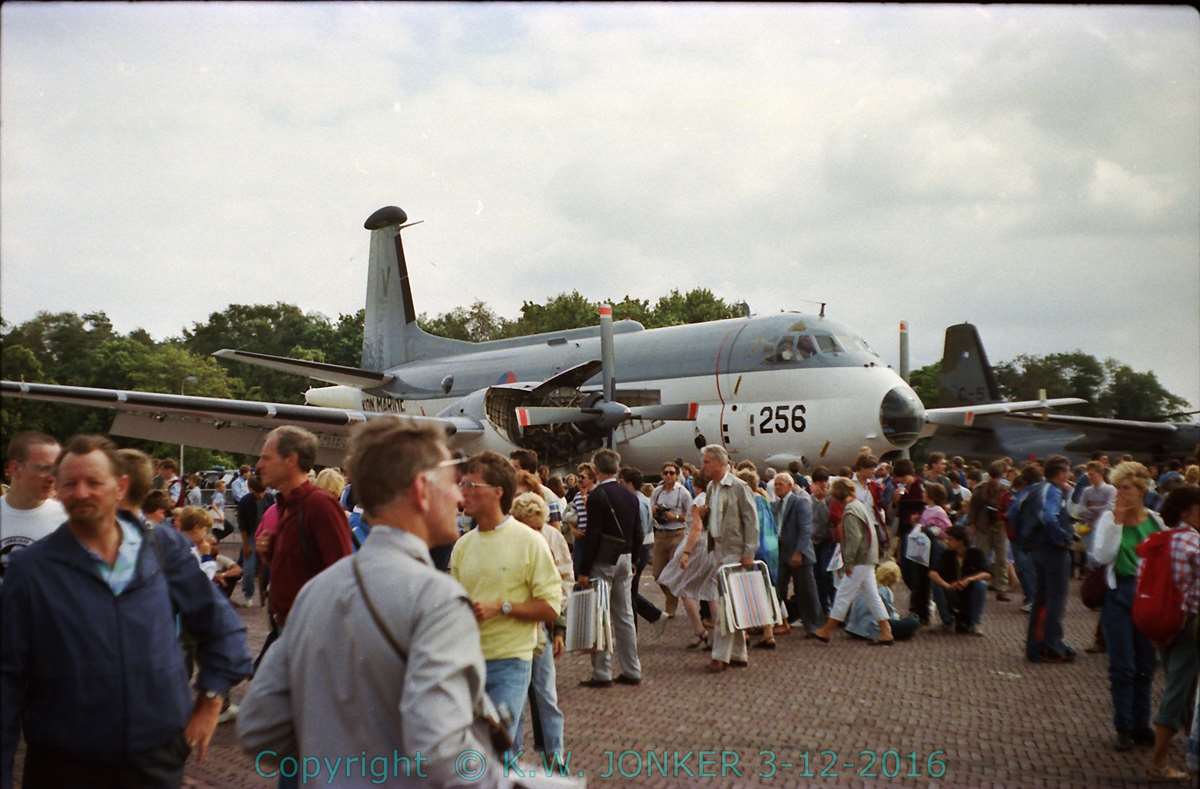 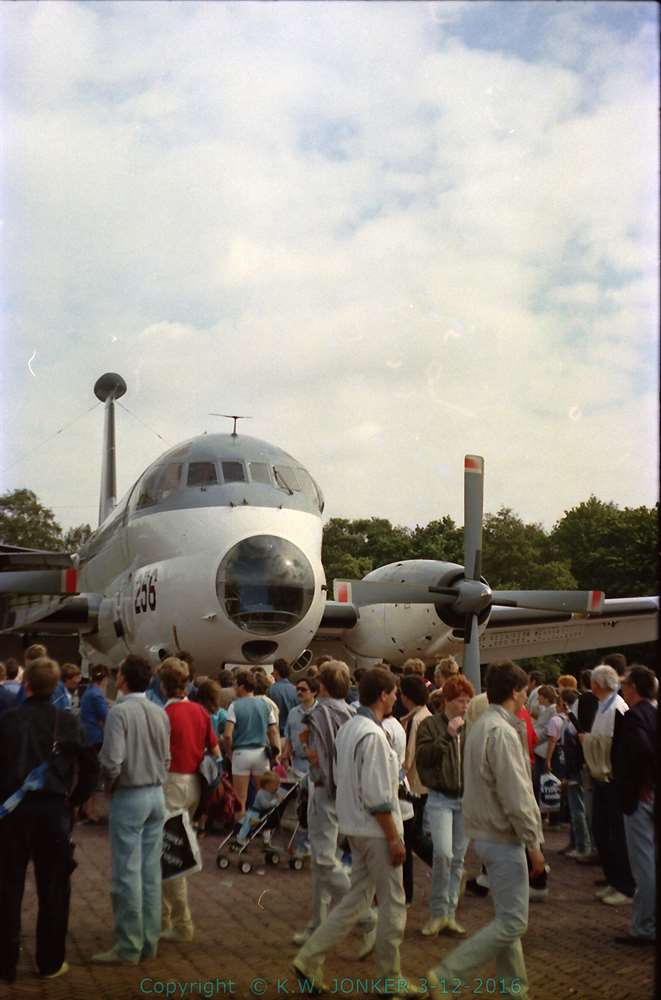 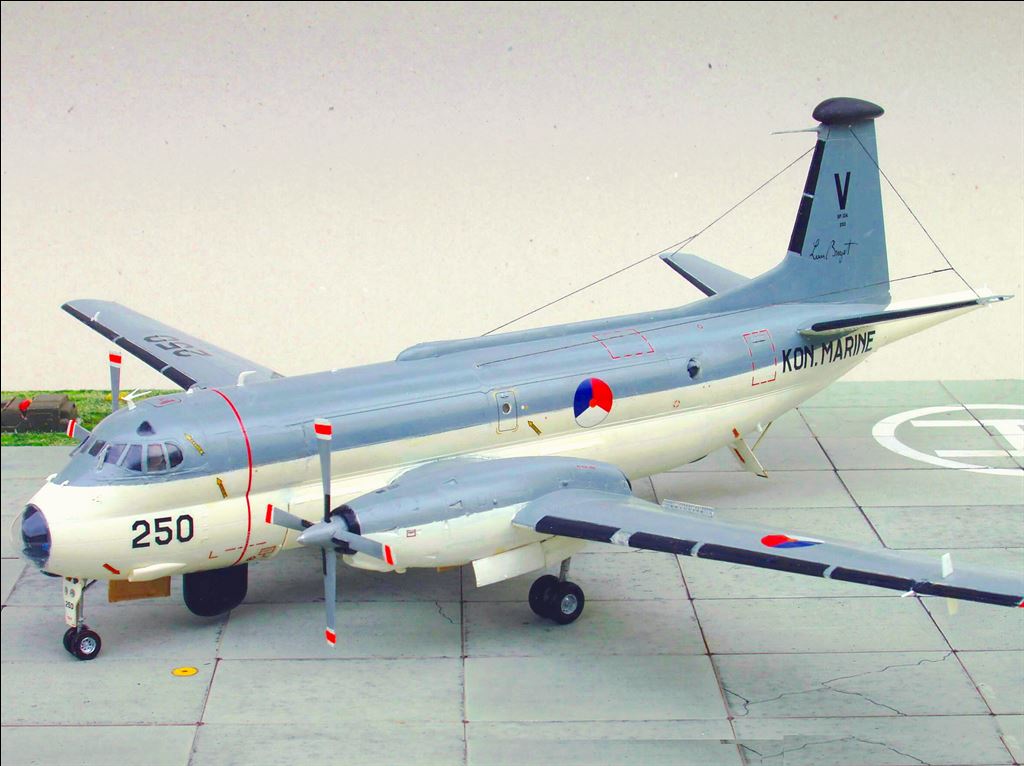 A model of a Brequet Atlantic, built by Adri Kleijn.


The first aircraft delivered had a somewhat different grey colour, a French grey colour, Gris Blue Clair, which could be compared with Humbrol Authentic Color HF-4 and XtraColor X396.
These aircraft also had yellow propeller tips. Later they received the same grey colour as the rest of the aircraft and also white-dayglo-white propellertips.

Colour scheme of a Brequet Atlantic of the Dutch Navy.