Development of this aircraft started in 1916, when Frank S. Barnwell began to design an successor of the R.A.F. R.E.8 and of the F.K.8.
The first prototype Bristol Type 9 R.2A was equipped with a Beardmore engine, rated at 190 hp, whereas the second prototype was equipped with a Hispano Suiza rated at 150 hp.
At about the same time the new Rolls Royce Falcon engine, rated 190 hp was released. Both R.2- aircraft were not put into production, but Barnwell developed an new aircraft, the Type 12 F.2A
This was an two seat fighter which made it maiden flight in September 1916.
As armament it was equipped with a synchronized .303 inch Vickers machine gun and a flexible mounted Lewis .303 inch for the gunner.
There were just 52 F.2As built when production of the next version started, the Bristol Type 14 F.2B. This type made its maiden flight in October 1916. The first examples had the Falcon I or Falcon II engine, later the Falcon III rated 275 hp was mounted.
The F.2b was faster than the F.2A, with a maximum speed of 198 km/h; also a second Lewis machine gun was added.

Other examined engines were the 200 hp RAF 4d, the Wolseley Viper rated 180 hp and the Armstrong Siddeley Puma rated 230 hp.
A proposed version with a radial engine was the Bristol Type 22 F.2C.

The United States Army Engineering Division planned to produce a version of the Bristol Fighter equipped with the Liberty L-12 engine.
This engine proofed to be to heavy for the Bristol, so only 27 were built. Attempts to obtain the better suitable Liberty 8 or Hispano-Suiza of 300 hp encountered political and practical problems.

After the war a two seats version, the Bristol Type 14 F.2B Mk II, was developed. It had tropical equipment and made its first flight in December 1919. Almost 500 examples were built.
The Bristol Type 96 Fighter Mk III and Type 96A Fighter Mk VI had structural improvements and fifty were built in 1926 and 1927. Surplus F.2Bs were modified for civilian use, the Bristol Tourer was an F.2B fitted with an Armstrong Siddeley Puma engine and canopies.


An aircraft of this type made an emergency landing on September 29, 1917 between Sluis and Zuidzande in Zeeuws-Vlaanderen. It was interned and moved to Soesterberg, where it arrived on October 8, 1917. 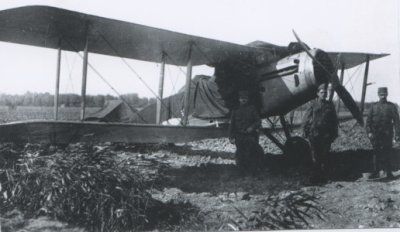 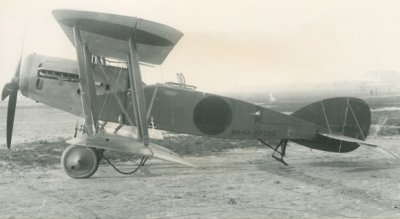 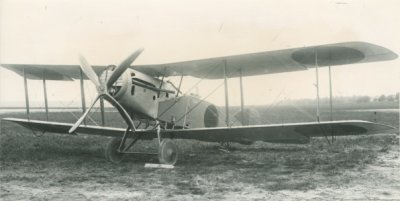 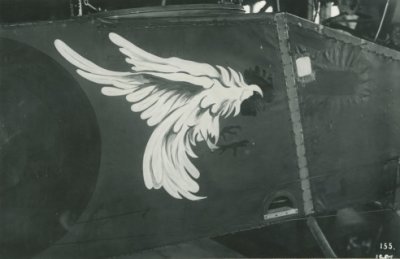 Detail of the marking (applied only) on the right side of the Bristol F.2B BR401, ex-B1124.
[Enclosed photo from BeeldBank NIMH. Click on photo for ordering information]

A model of a Bristol F2B, built by Peter Banis. 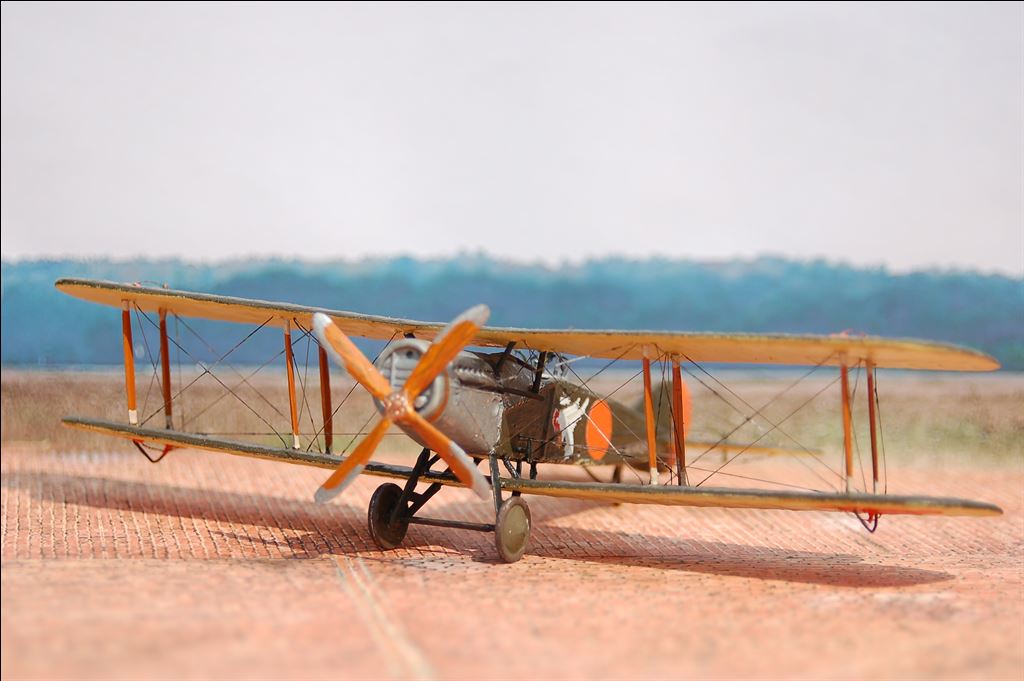 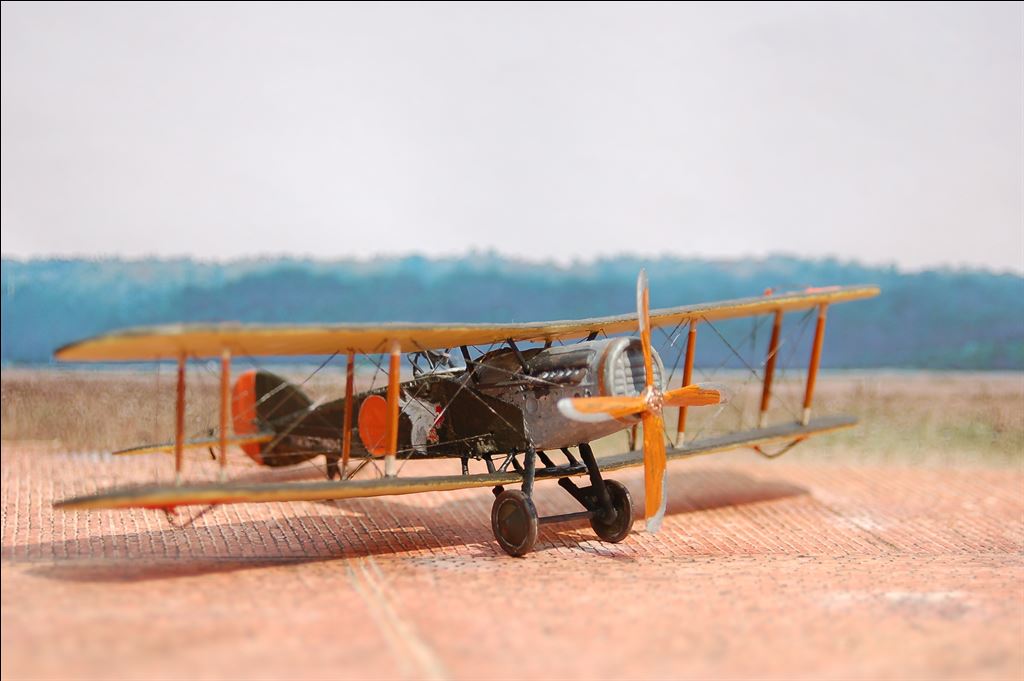 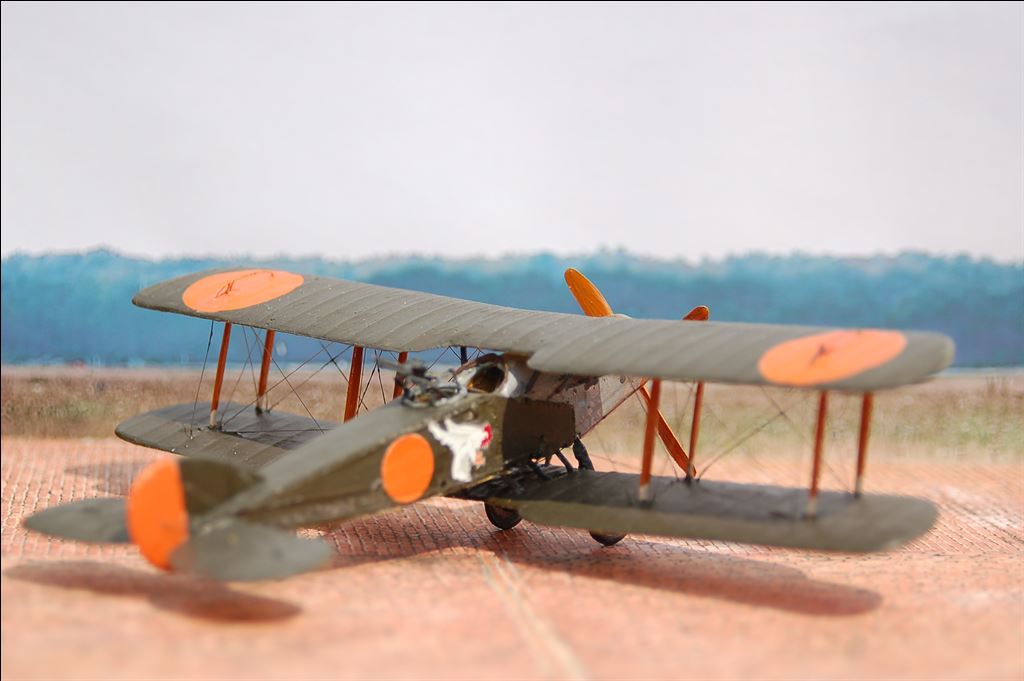 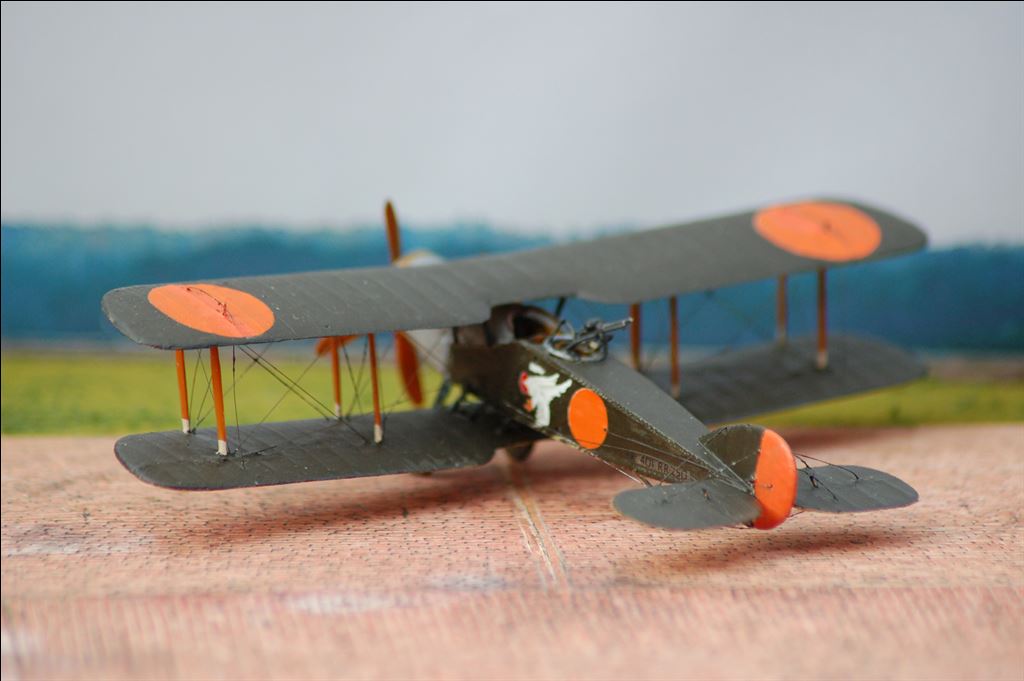 
The fuselage was overall PC10. This colour varied from dark green to brown [between Humbrol H179 to Humbrol H108]; the wings were clear doped linen.
The markings of the RNlAF at that time were orange balls. Visible wooden and metal parts were covered with OP7 varnish, which had a colour similar to PC10.

Scheme Bristol F2B: Standard RFC scheme. [note the cock is not applied on this image)