The wingspan had been enlarged, four rudders and two engines were added, so an armed gunner/observer and a bomb load of 100 kg could be carried.

The aircraft was used as scout and bomber and could penetrate the German. Later, when improved German fighters entered service, the Caudron G.IV was used for nightly operations.

The Caudron G.IV was used by Belgium, France, Finland, England and the US.

A total of 1358 examples were built in France plus an additional 51 examples by A.E.R., Italy and 12 examples by the British Caudron factory.

Caudron A2:
a scout, equipped with radio;
Caudron B2:
a bomber, could carry 100 kg bombs;
Caudron E2:
a trainer with double steering.

The Caudron G.IVB was an armoured version.


In service with LVA.

In 1915 five examples of this two seat bomber were ordered, but because of the war there were many problems to transport the aircraft to the Netherlands. Because of these problems the aircraft arrived on June 24, 1918.
As they had been stored for a long period of time, a complete overhaul was necessary. 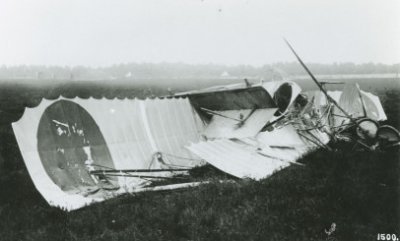 Wreckage of Caudron G.IV, serial C427, which crashed after colliding with Farman HF19, both crew members were killed.
[Enclosed photo from BeeldBank NIMH. Click on photo for ordering information] 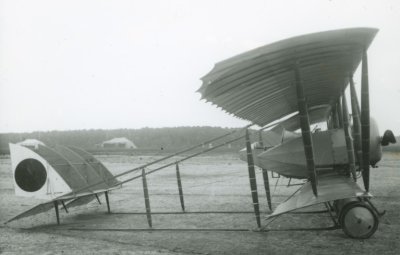 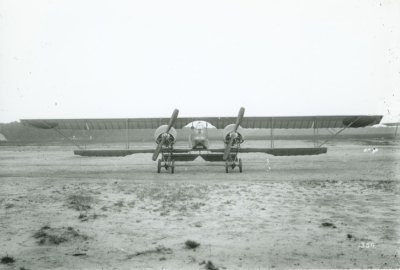