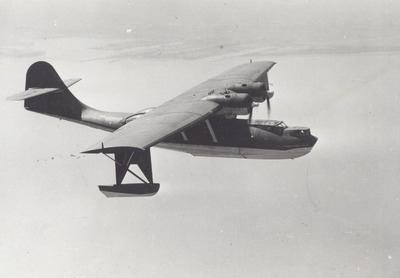 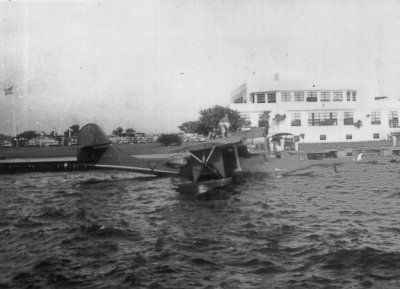 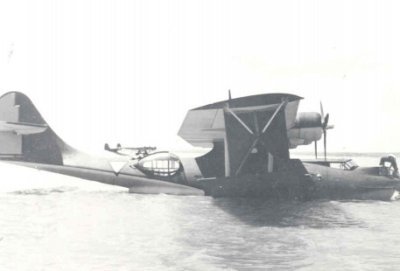 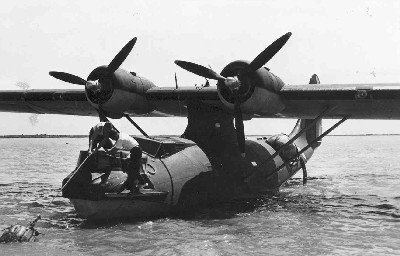 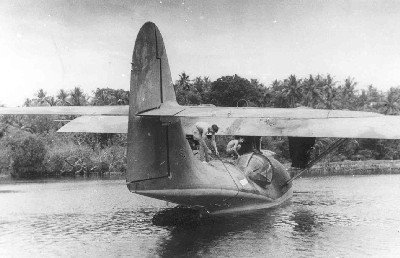 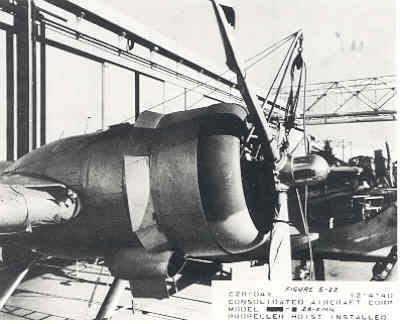 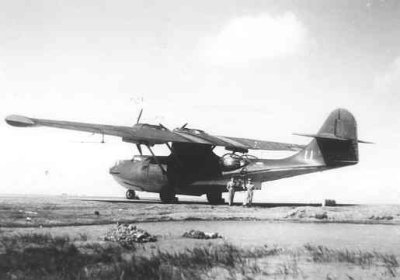 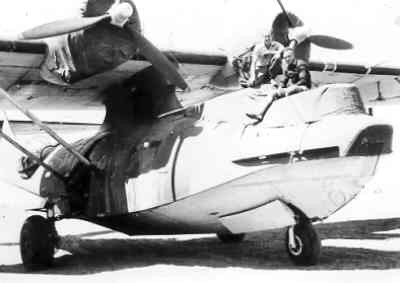 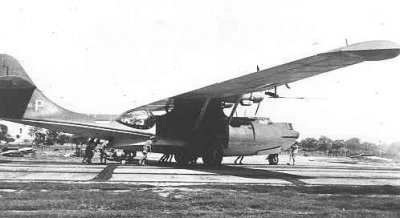 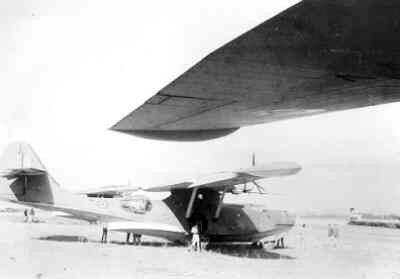 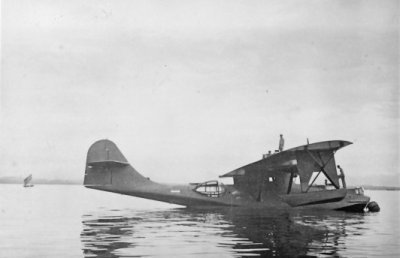 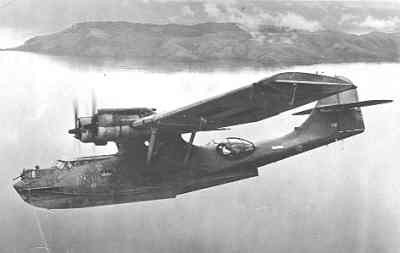 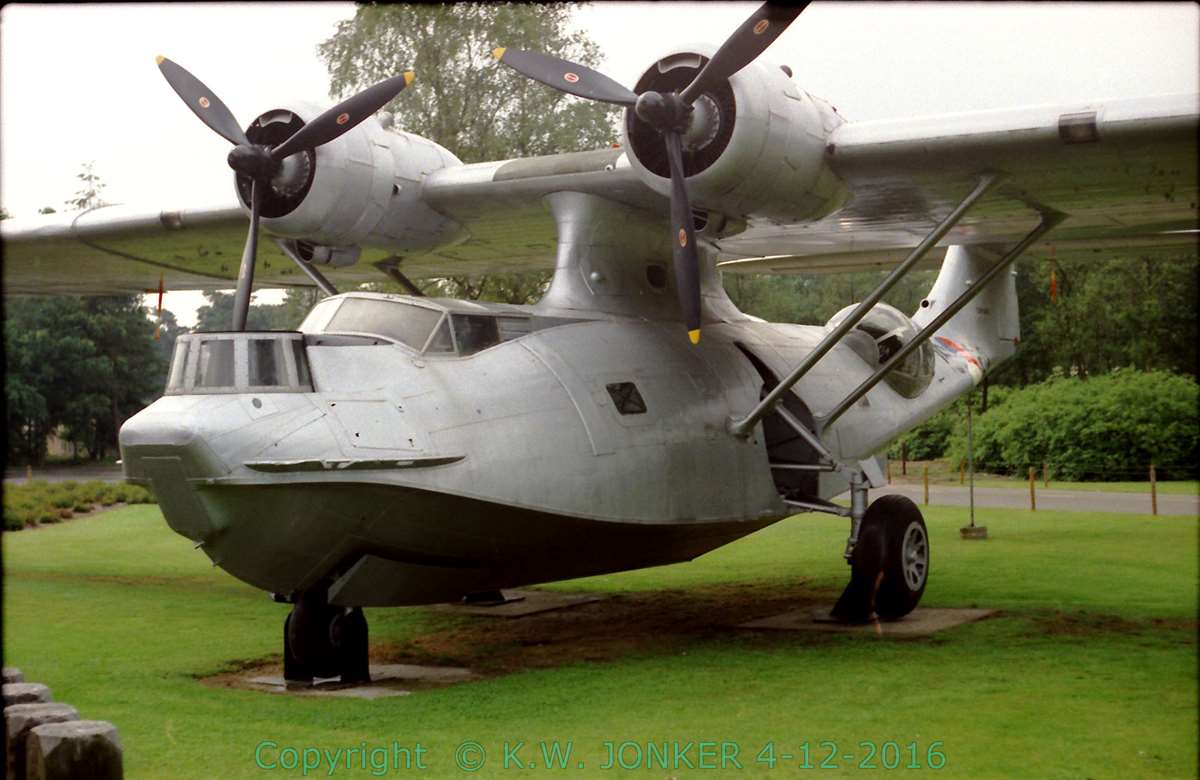 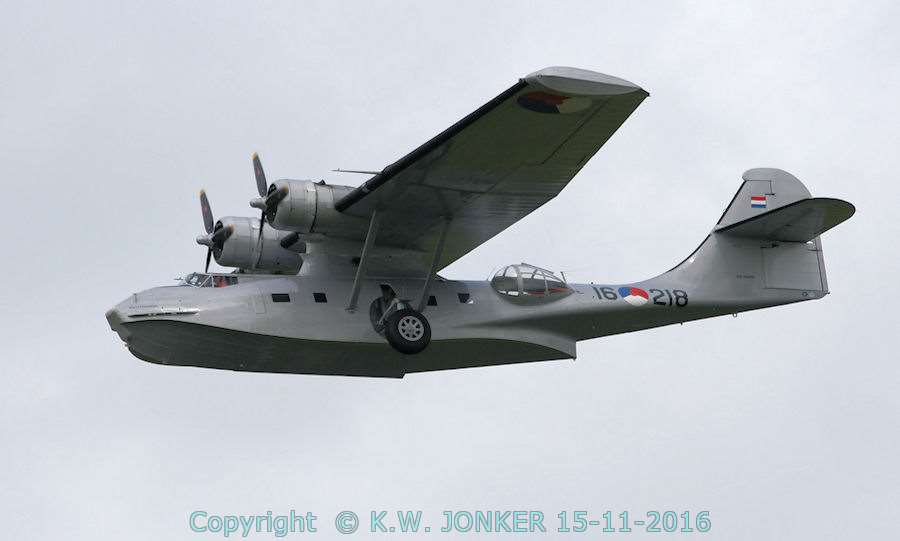 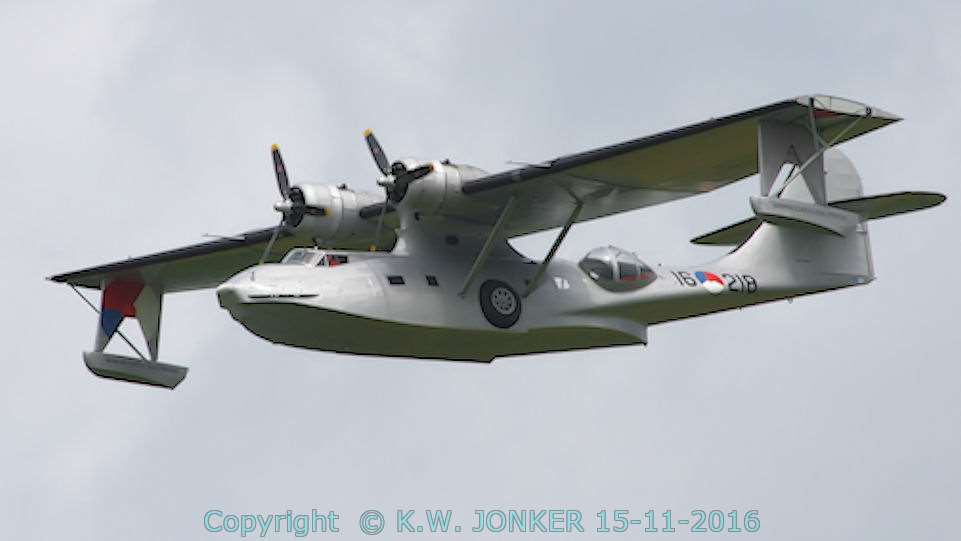 These aircraft were bought from RCAF, June 19, 1946.
Used in Dutch East Indies and (Dutch) New Guinea.

These aircraft were built by Boeing Canada.
They were bought from surplus stock in Australia. 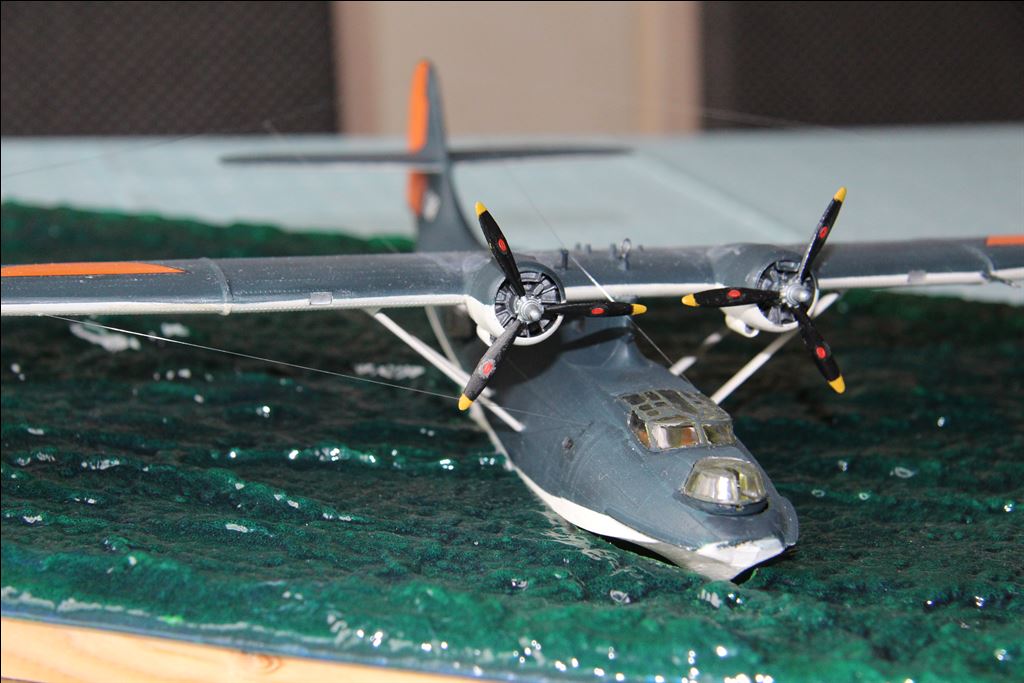 A model of a Consolidated PBY-5 Catalina, painted in the delivery scheme with orange triangles.
The kit used is the old Matchbox kit (in fact it is the Revell kit) with use of the kit decals. 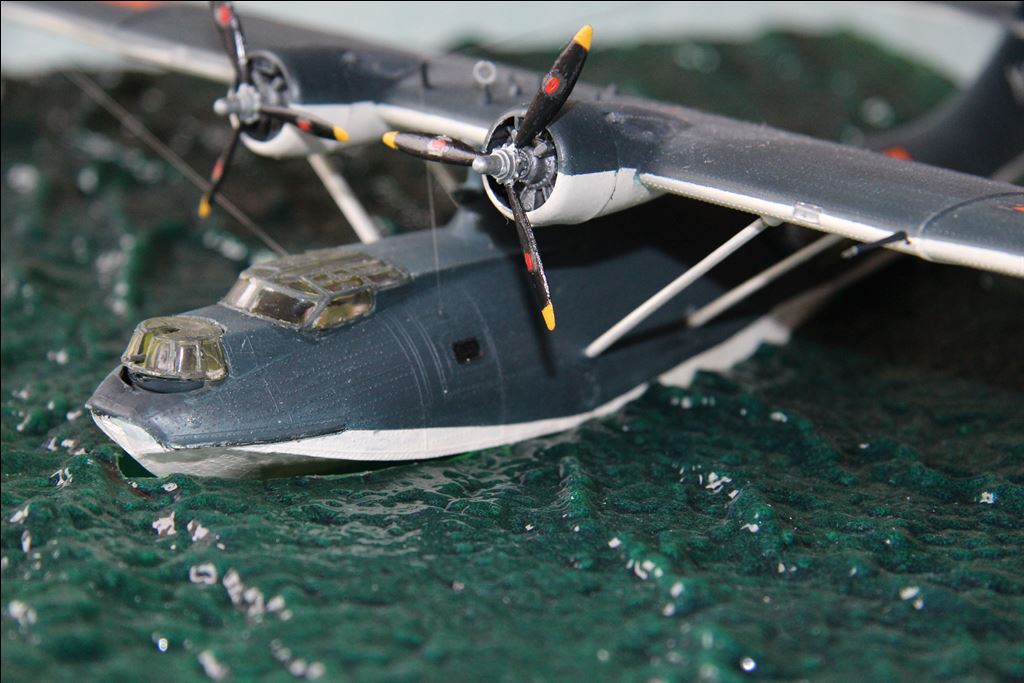 A model of a Dutch PBY-5A Catalina, built by Adri Kleijn.

These scheme's are meant for illustration purposes only. The size and type of used fonts of the serials, the size of the roundels etcetera might not be correct, but are as good as possible a simulation of the original.
Further there are many differences between individual aircraft regarding antennas, exhaust and also markings like squadron markings.

Many aircraft had black anti-fouling applied on the undersides of the fuselage.
Just in case you want to built a Dutch Catalina, check you references very well!

Schema 2 PBY-5 Catalina.
Rudder painted in camouflage colours, no Dutch markings on the upper sides of the wing.

Schema 3: PBY-5 Catalina.
Identical to paint scheme 2. The markings on the fuselage are resized to 1/3 of the original size.

Scheme 6: PBY-5 Catalina.
De Y-69 is one of the few Dutch "Black Cat's", these were painted overall black because of nightly operations.

Scheme 7: PBY-5 Catalina.
Applied on Y-86 and Y-87. Identical to the RAF paint scheme (for aircraft with a wingspan larger than 75 feet). This drawing is partly reconstructed with the help of photo's of the Y-87.

Second colour scheme PBY-5A Catalina.
Identical to scheme 1, with English RAF markings. These were applied during ferry flights, mentioned in the test above.

Overall aluminium-dope with Dutch roundels and new serials.
Undersides of the fuselage had black anti-fouling applied.

This article was published in 1993 in the magazine "Modelbouw in Plastic" (Scale Modelling in Plastic), a release of the IPMS Netherlands

Special thanks to M. Schönfeld , P. Staal and R. Burgerhout for their informatian and line-drawings of the Catalina.