A constructor, D.R. Berlin, originating from Northrop was assigned by Curtiss to the Curtis H-75 project. This project was based upon USAAC specifications.

In the end Seversky won the contract, but Curtiss produced three aircraft as YP-36. In June 1937 an order for 200 aircraft followed and also France ordered 200 examples of the Curtiss P-36. Several other countries also ordered the Curtiss Hawk II, as did the Dutch East Indies Government.

The design was used to develop an aircraft which was faster than 300 mph and equipped with the Allison turbo compressed line engine and a redesigned fuselage.

The USAAC ordered an exampled for testing purposes under the designation XP-37. The aircraft looked very fast and had the looks of a racing aircraft rather than a fighter, especial because of the large Allison V1710 engine. The maximum speed of the XP-37 was 340 mph.

The long nose obstructed the view forward seriously, especially because of the turbocharger which took a lot of space.

Berlin proposed adjusting the P-36A fuselage with an adjusted Allison V1710 engine rated 1050 hp. The expected performance of this new design resulted in an order of the USAAC for one XP-40.

The XP-40 was successful, though the performance was somewhat disappointing. Further aerodynamic refinements and a stronger Allison V1710-35 engine improved the performance in such a way resulted in in pre-orders for the Curtiss P-40.

Curtiss XP-40:
Curtiss 75P: the prototype of the P-40; a fuselage of a P-36A equipped with the new  Allison V-1710-19 engine. Made its first flight in October 1938.
Curtiss P-40:
First production version, Curtiss model 81A-1. Circa 200 examples built for the USAAC. No self sealing fuel tanks and armour; two machine guns in the nose  plus two in the wings; circa 140 examples were assigned to France,but this series was completely taken over by the British after the invasion of France and, equipped with British armament ().303 inch machine guns) used by the RAF under the designation Tomahawk I.
Curtiss P-40A:
a P-40, equipped with a camera in the aft fuselage.
Curtiss P-40B:
Curtiss H-81A-2; 110 examples for the RAF designated Tomahawk IIA; equipped with four machine guns in de wings; armor and self sealing fuel tanks.  The USAAC ordered 131 examples, (Curtiss H81-B).
Curtiss >P-40C:
930 examples for the RAF designated as Tomahawk IIB; as P-40B plus provision for droptank of bomb under the fuselage; self sealing fuel tanks. The USAAC received 193 examples.
Curtiss P-40D:
Equipped with a new, more powerful Allison V-171039 engine; revised fuselage; new designed canopy and cockpit; armament in the nose was moved to the wing; RAF ordered  50 examples as Kittyhawk I (Curtiss H-87); the USAAC ordered  23 examples designated as P-40D (Curtiss 87-A2)
Curtiss P-40E:
Virtual identical to the P-40D, but with six machine guns in the wing. The Raf received 1500 examples as Kittyhawk IA (Curtis 87-A3 and A4); the USAF ordered 820 examples (Curtiss 87-B2) designated as P-40E-1.
Curtiss P-40F:
This version was equipped with a Packard built Merlin V-1650-1 rated 1300 hp (in the start and 1120 hp at 18500 feet). The nose section was revised; The first 699 aircraft had the same fuselage as the P-40E; The RAF received an unknown number as Kittyhawk II. 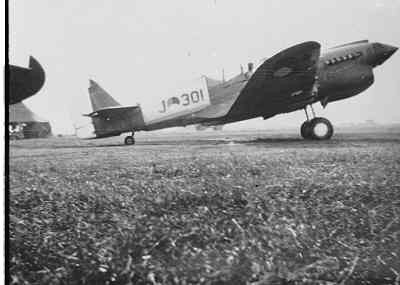 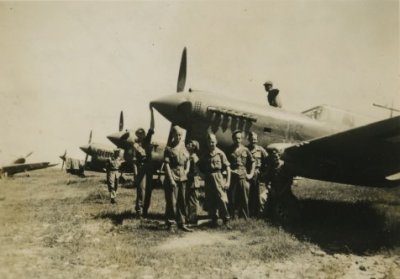 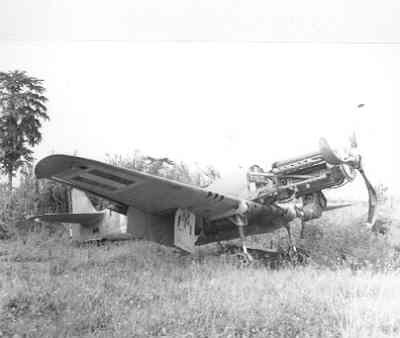 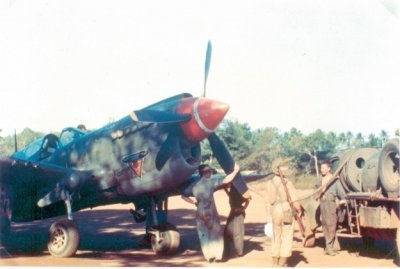 Note: No information is known.

The serials of the NEIAF were changed from midst of August 1945. For the remaining Curtiss P-40s the C3-5XX serials became J-3XX

Note: in the listing below the column "Date in service" is the first date the aircraft was added to the inventory of 120 squadron.

A nice diorama with a Curtis P-40E, built by Peter Banis. 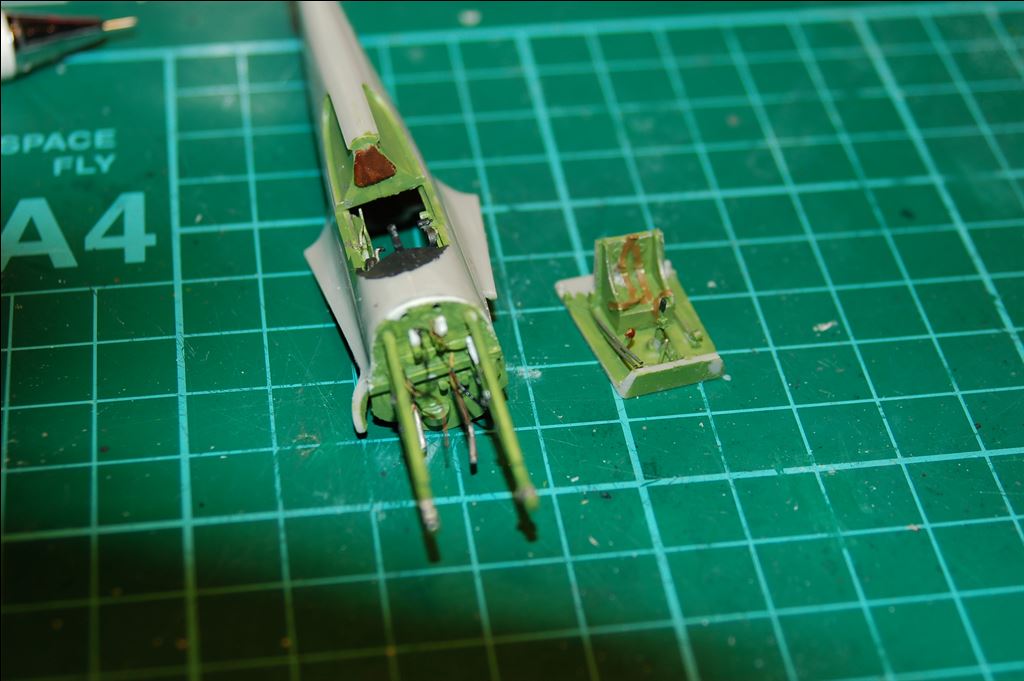 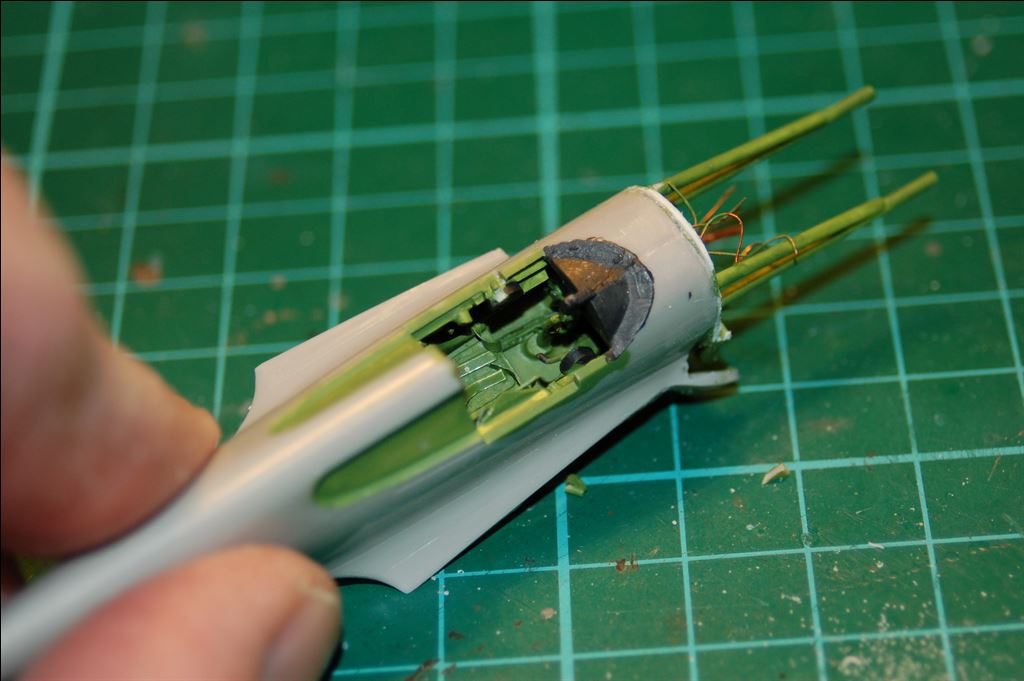 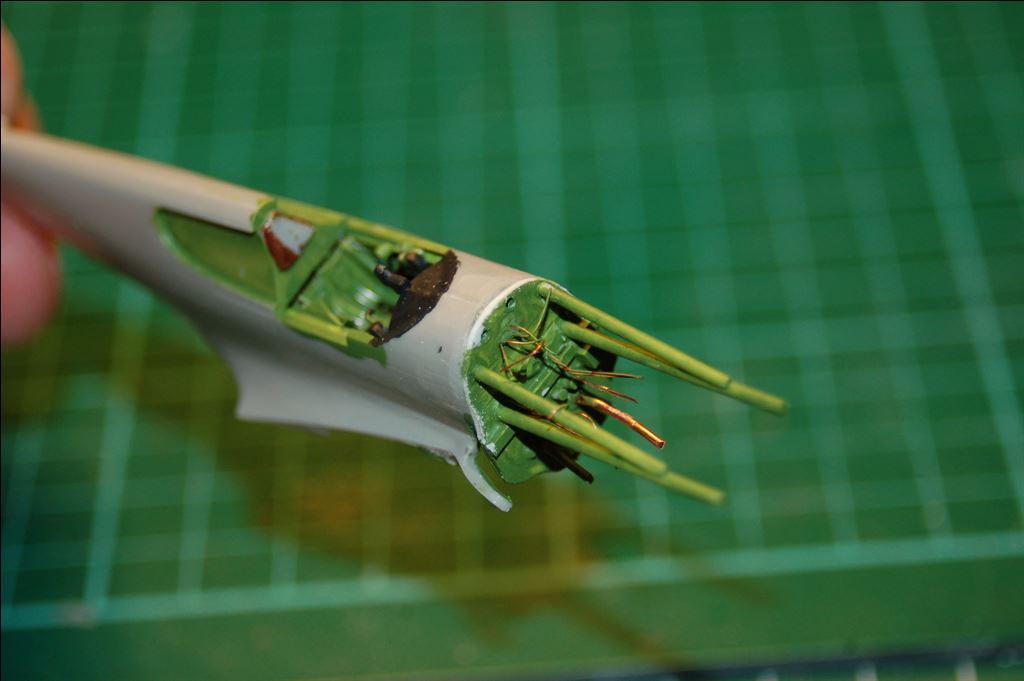 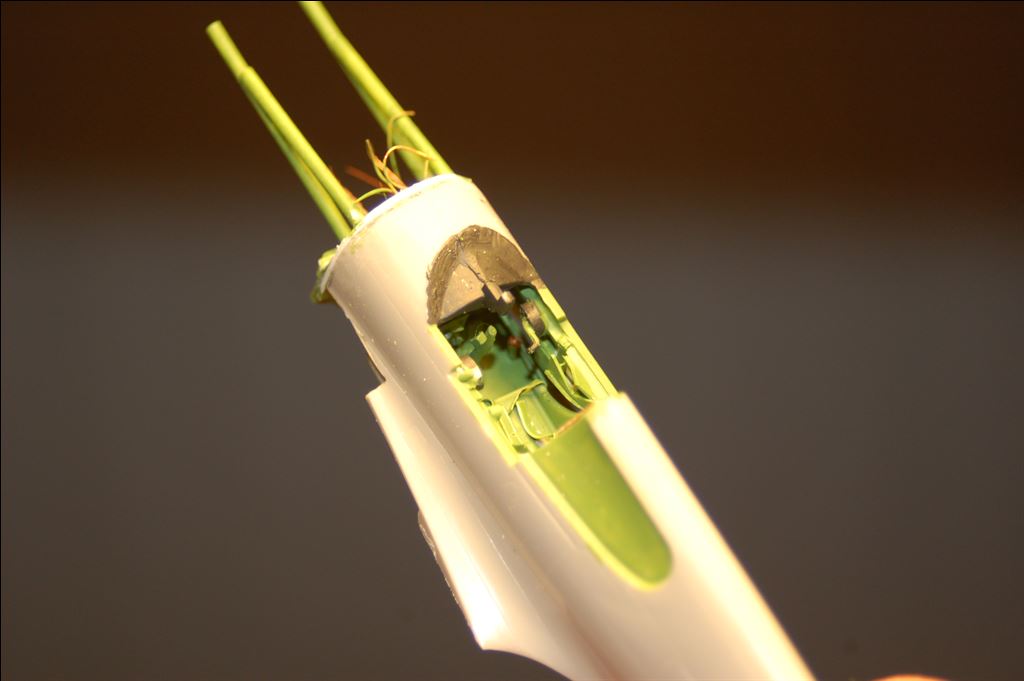 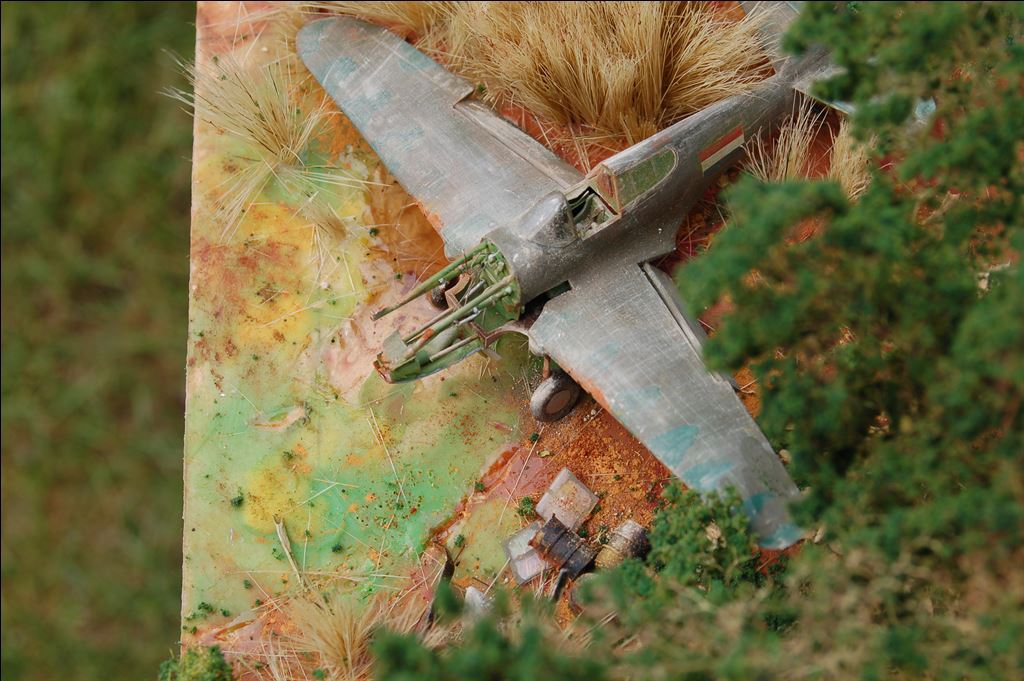 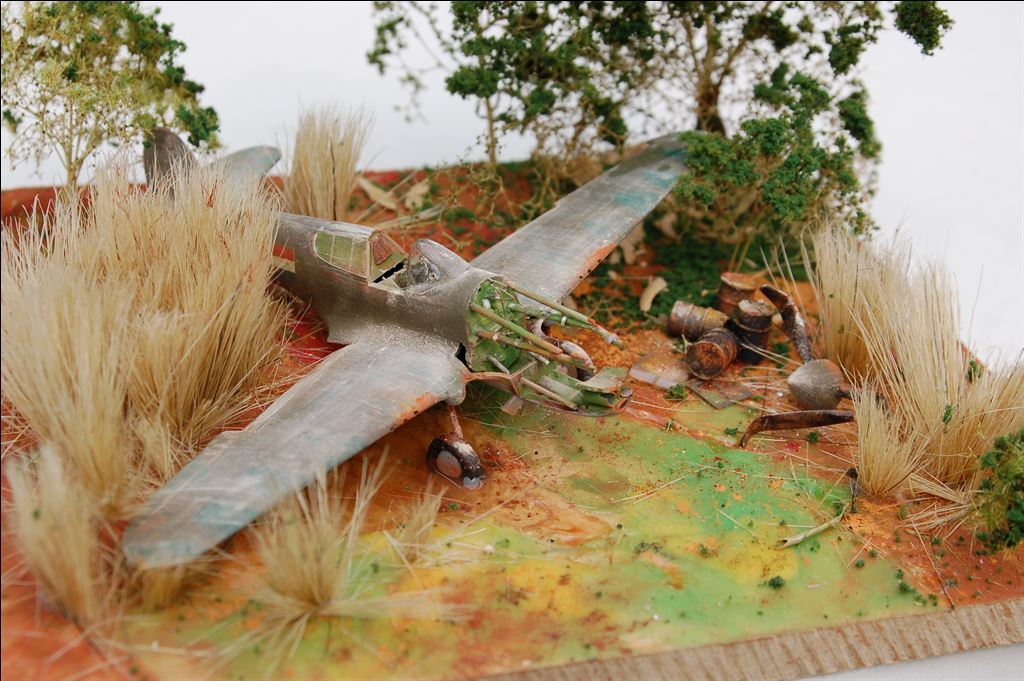 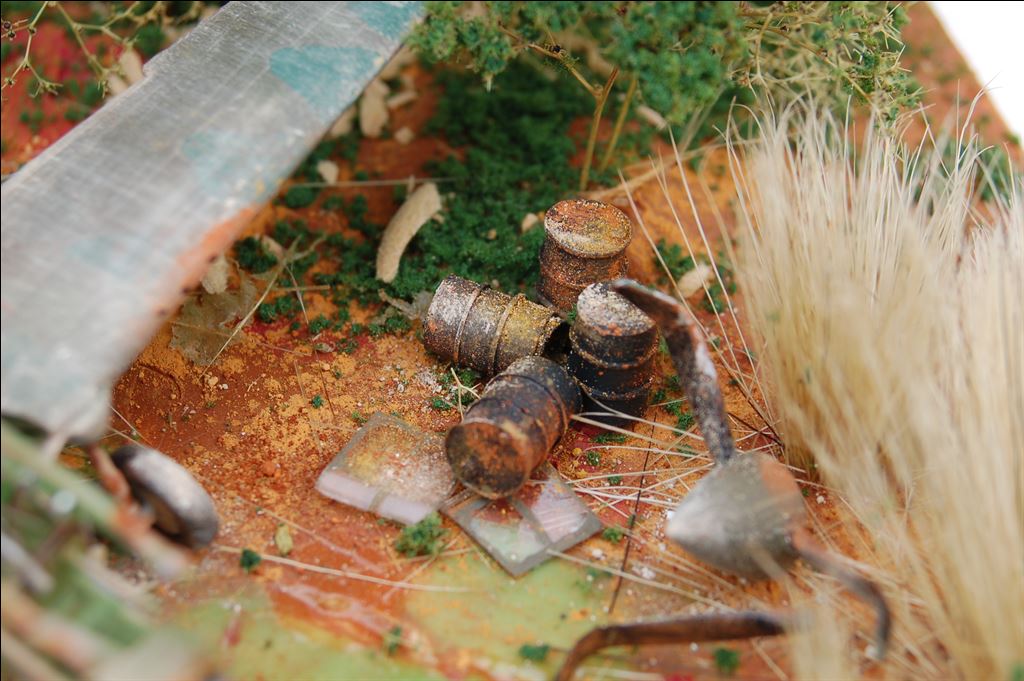 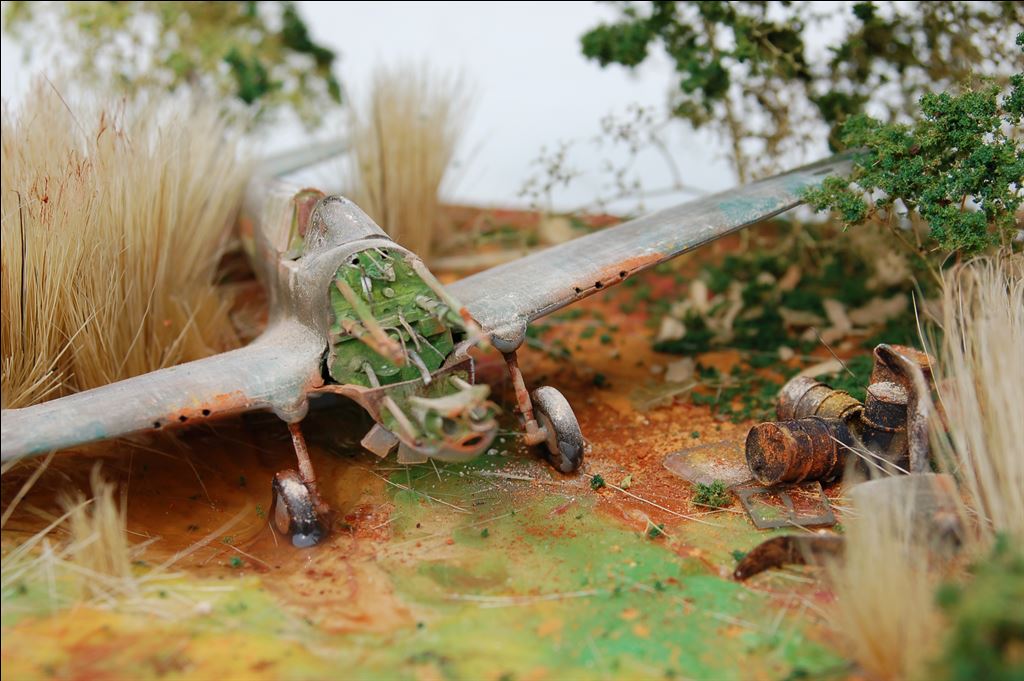 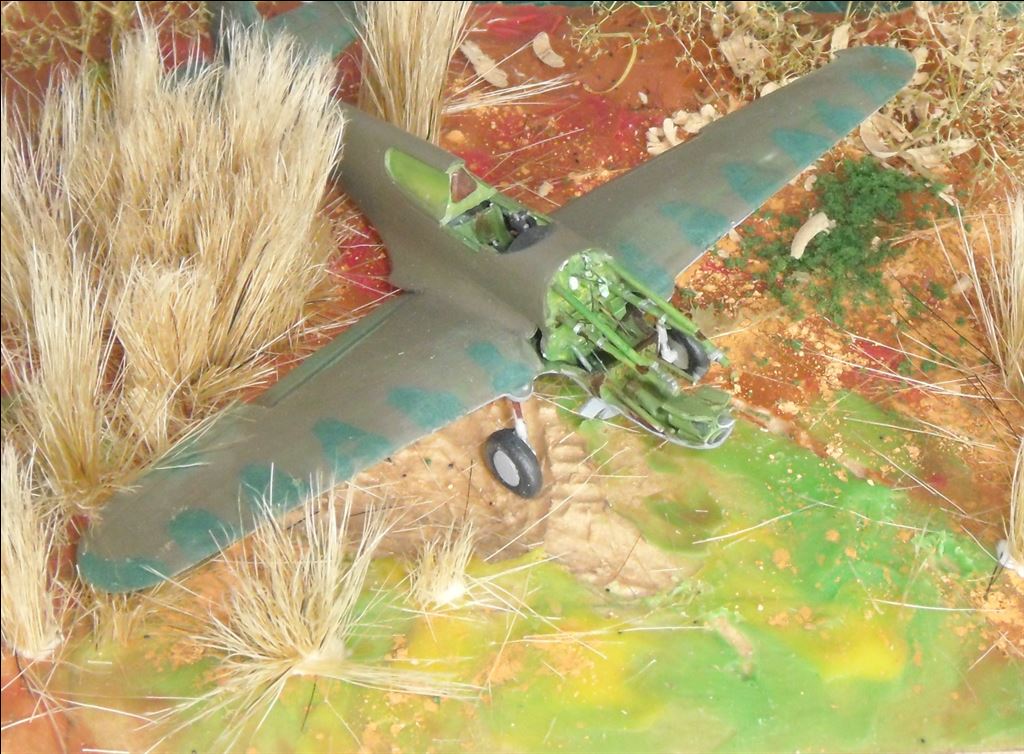 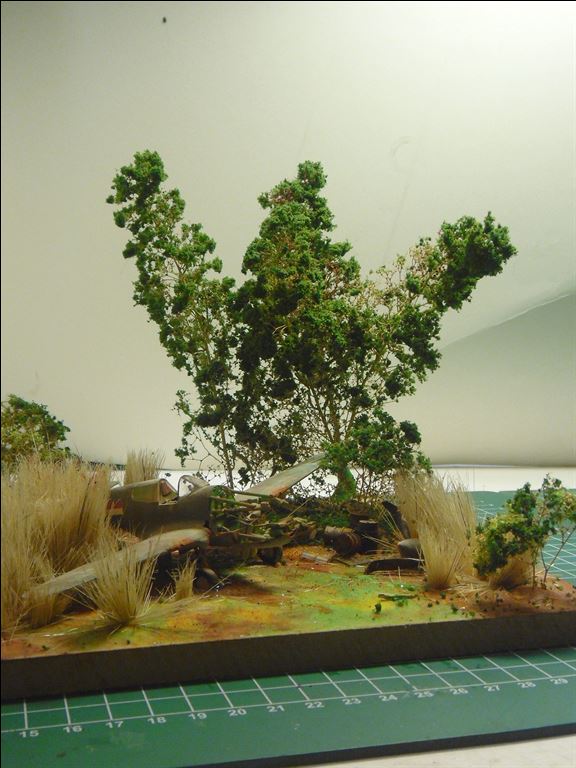 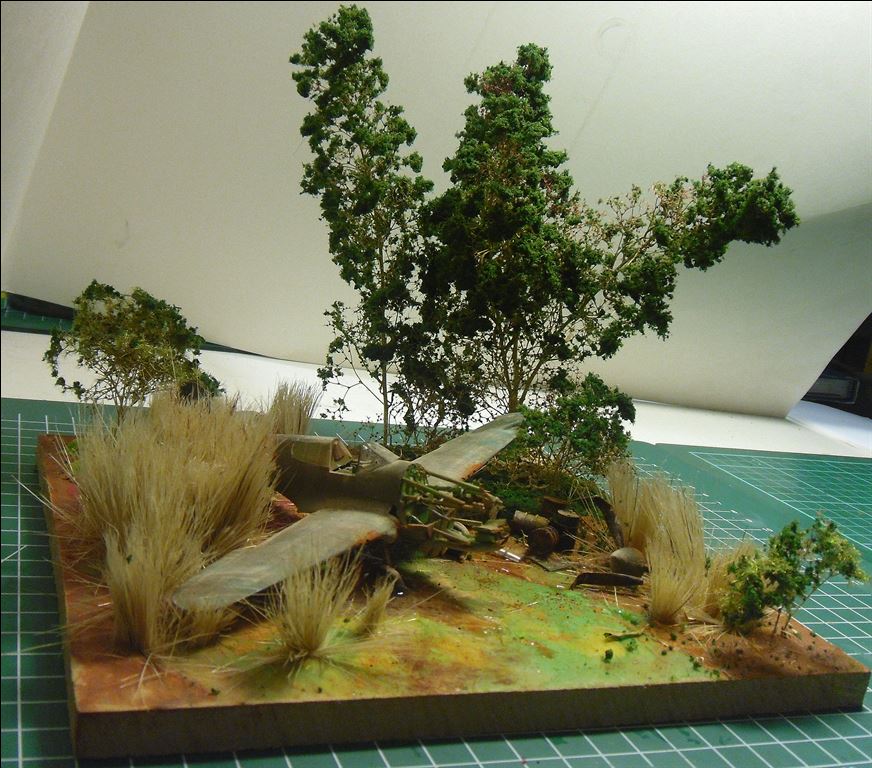 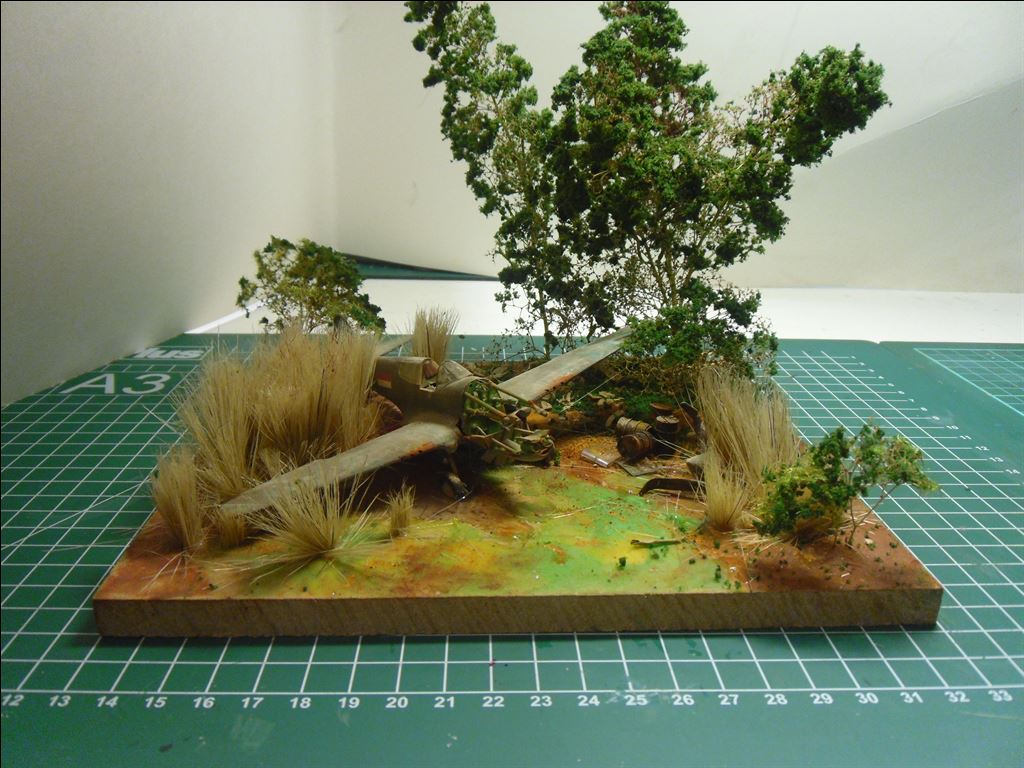 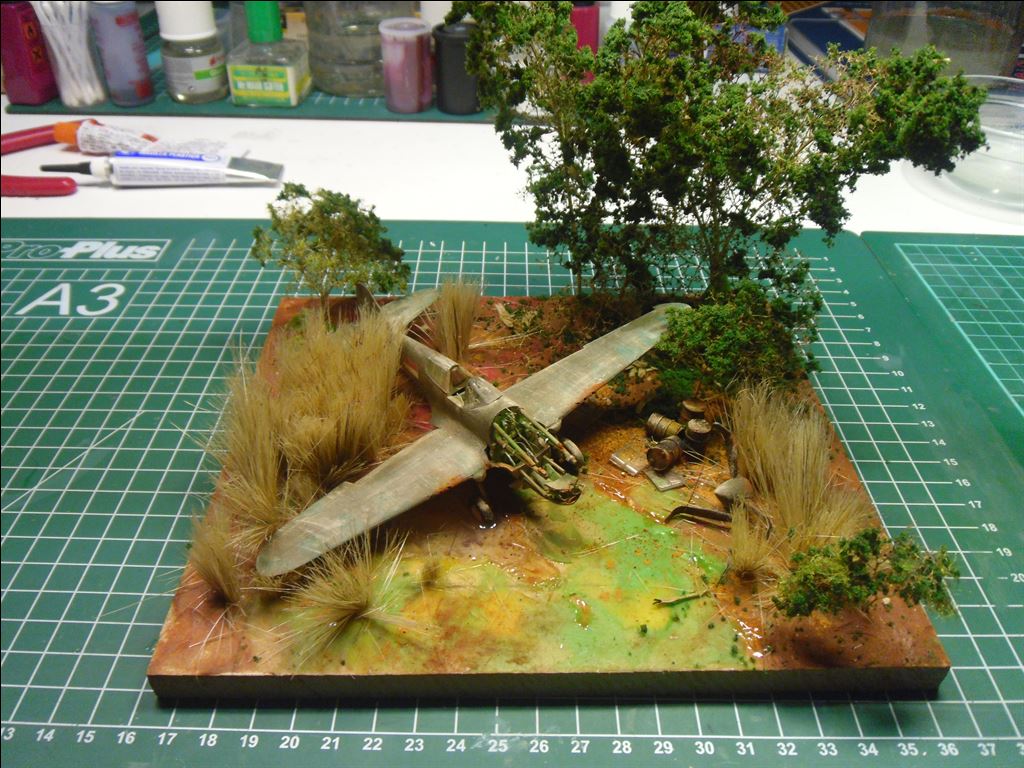 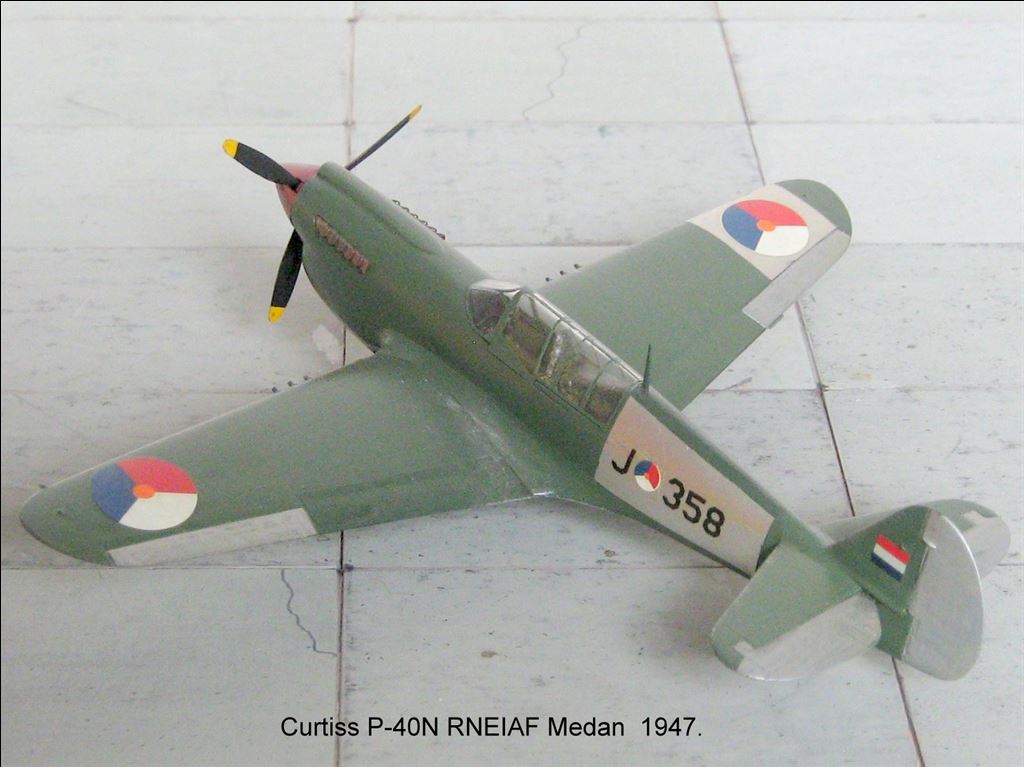 A model of a Curtiss P-40N, built by Adri Kleijn. 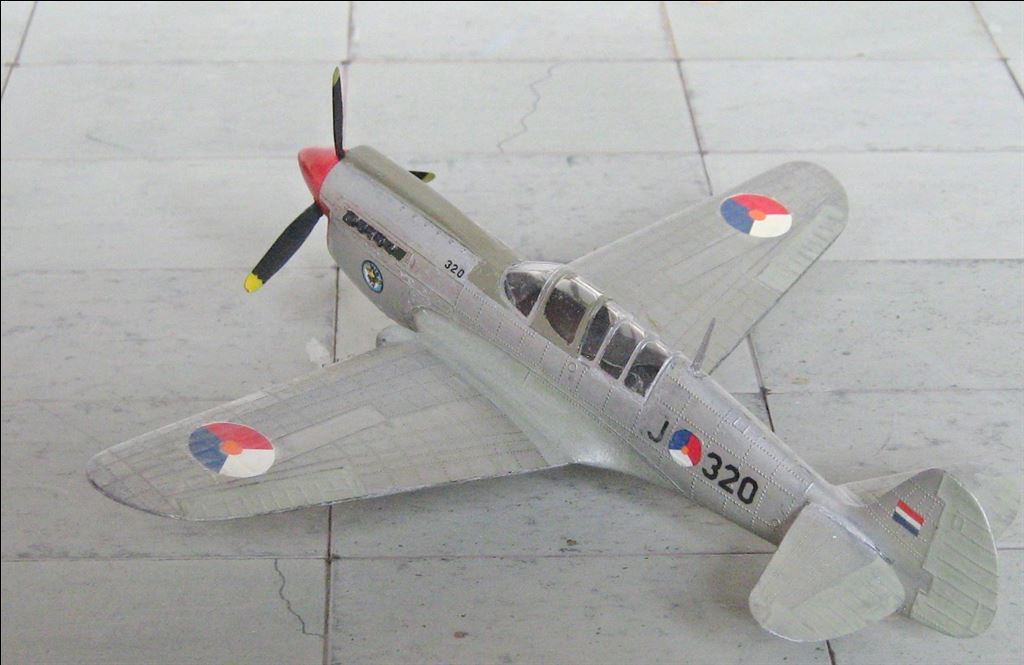 A model of a P-40N of the photo flight of NEIAF, built by Adri Kleijn.


The P-40E's were originally meant for the USAAC and had the standard USAAC paint scheme scheme applied. The Dutch red-white and blue flag was painted over the US markings on fuselage and undersides of the wings.
The rest of the US markings were painted over, most probably with available paint, such as "Donker Blad": The flag was also applied on the under surfaces of the wings.

Below some examples of colour schemes of the Curtiss P-40N. Per individual aircraft this may differ, depending on the period, but also from the pilots, who often gave a name to their personal aircraft.

Both  "Dutch Profile" issues, written by ax Schep and Luuk Boerman you may find a large quantity of photographs and lots of colour profiles.