Within the Royal Netherlands Air Force there is one so-called 'Tiger"-squadron, no 313 squadron.

Intially the main task of this squadron was advanced training. The squadron marking was a bird of prey flying over an airstrip. When the Northop NF-5 was withdrawn from use in 1988 and 313 squadron received the General-Dynamics F-16, the task also changed and the squadron wanted to changed their squadron marking. In 1990 it was decided to choose the tiger.

Since that time 313 squadron RNlAF is a member of the NATO Tiger. 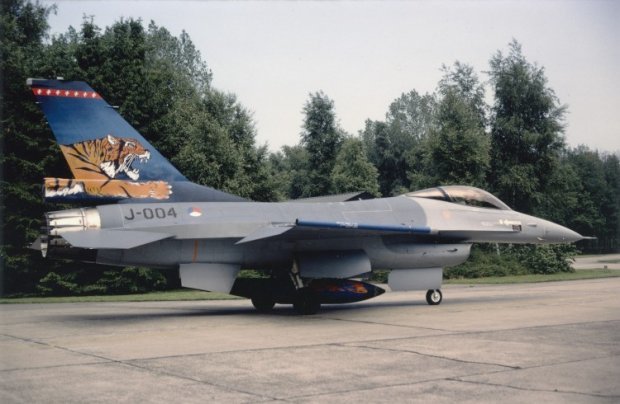 A General Dynamics F-16A Fighting Falcon of 313 Squadron air air base Twenthe with the special markings for the Tigermeet at Fairford in 1991.
[Enclosed photo from BeeldBank NIMH. Click on photo for ordering information] 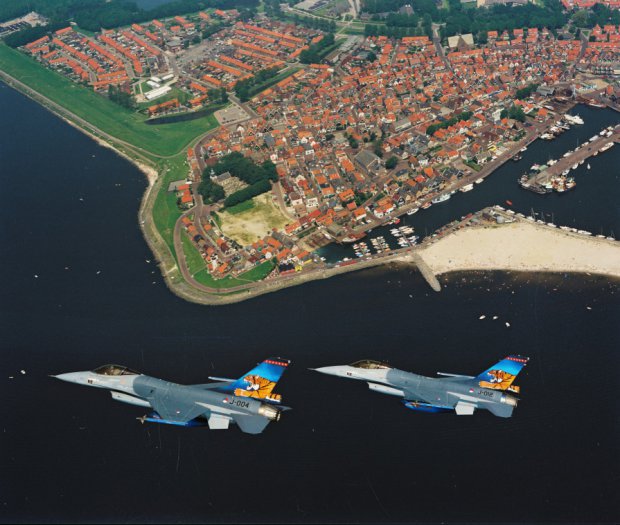 Two F-16's of 313 Squadron with the tiger markings passing the former isle of Urk.
[Enclosed photo from BeeldBank NIMH. Click on photo for ordering information] 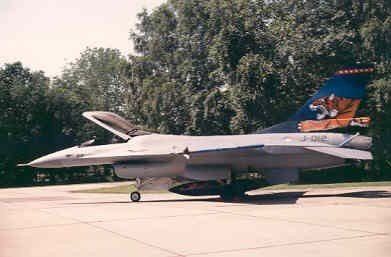 F-16A of 313 Squadron with specail tail for the Tigermeet at Fairford in 1991.
[Enclosed photo from BeeldBank NIMH. Click on photo for ordering information]

General Dynamics F-16A Block 15
One of the two aircraft with the tiger-tail because of the 1991 Tigermeet. 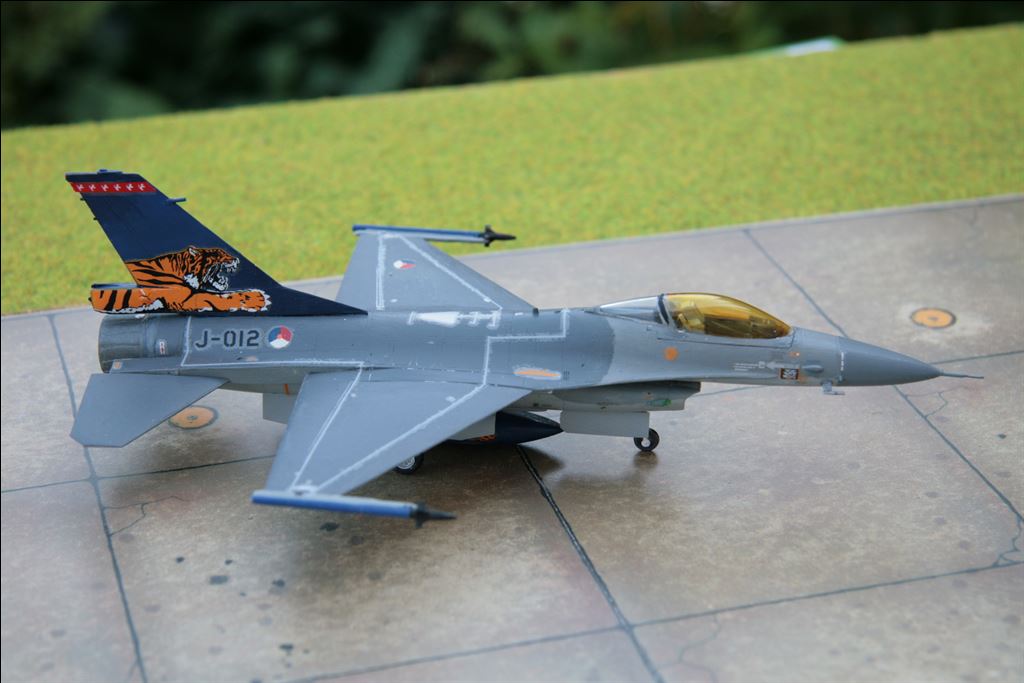 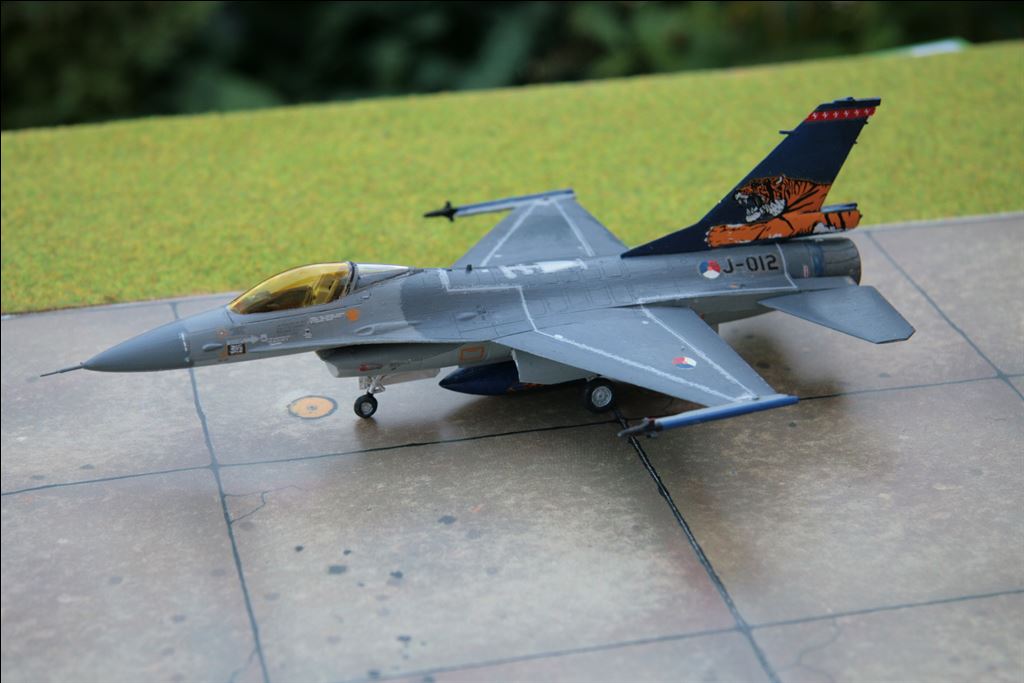 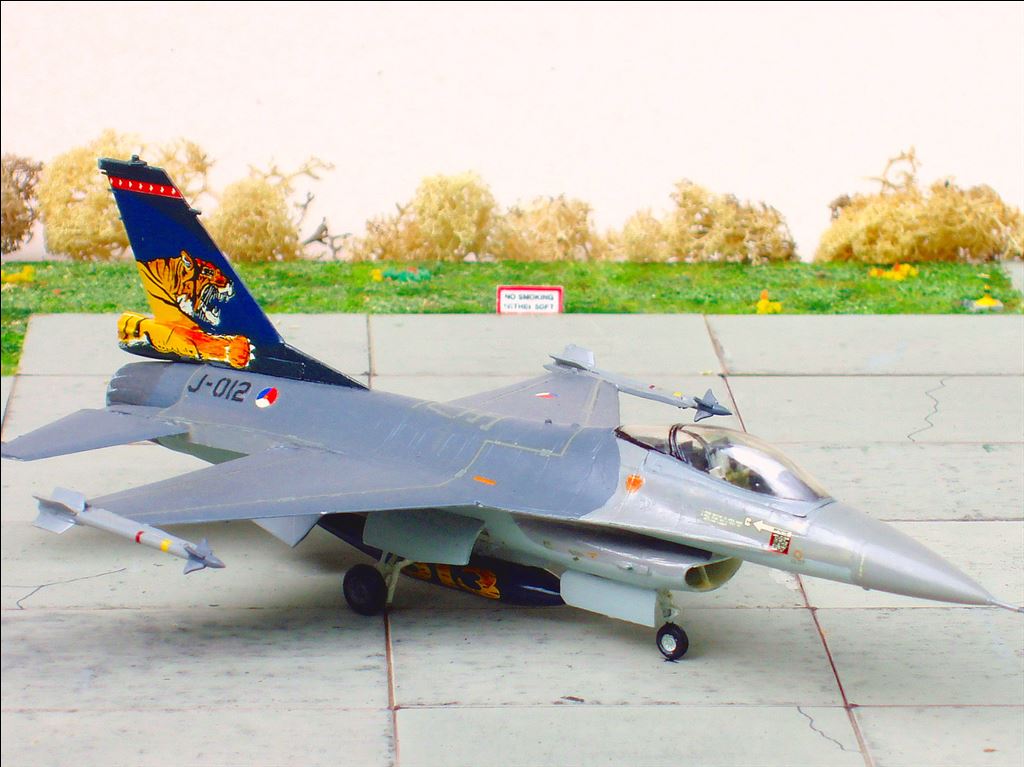 A model of a F-16A Tigermeet, built by Adri Kleijn. 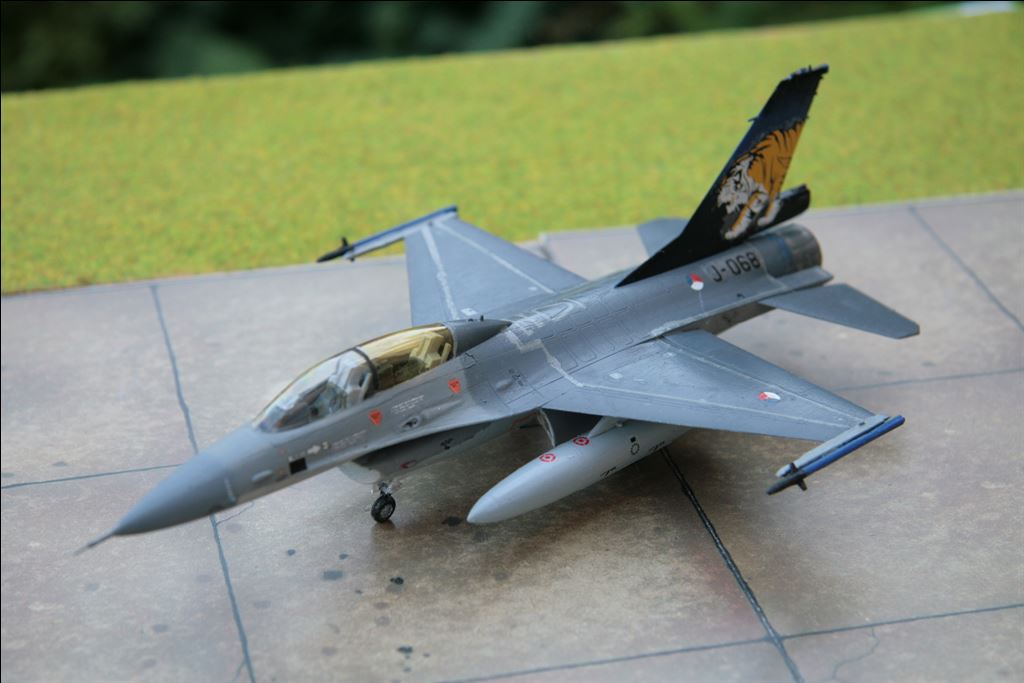 A model of General Dynamics F-16B, J-068 of 313 squadron.
The kit used is the Hasegawa kit; decals from Dutch Decal. 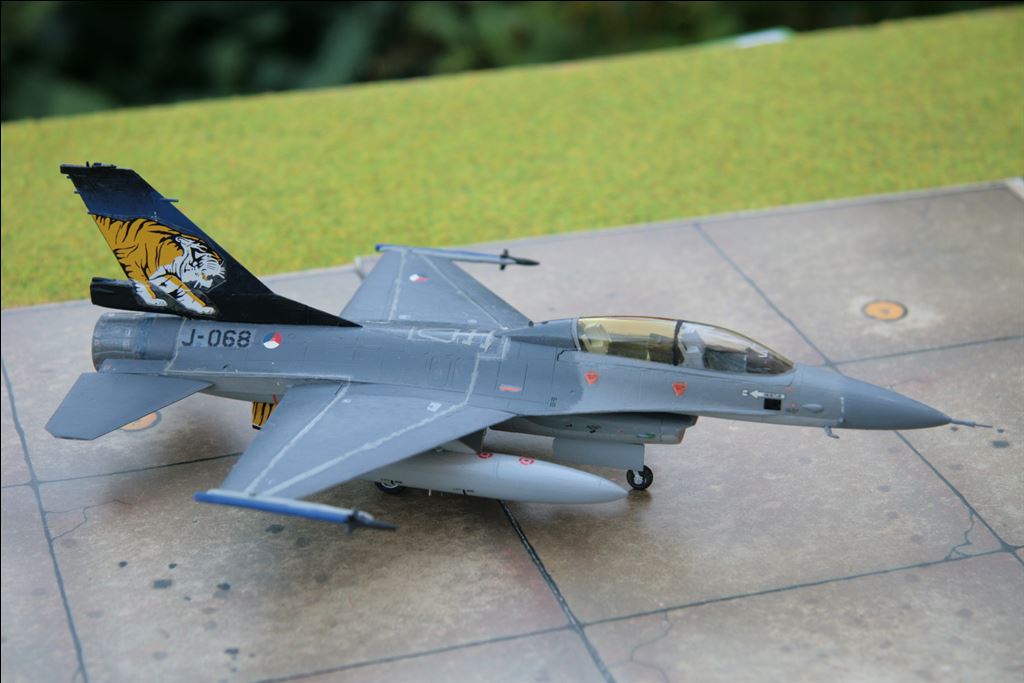 General Dynamics F-16B Block 5, with tiger marking on the tail because of the 1998 Tigermeet. 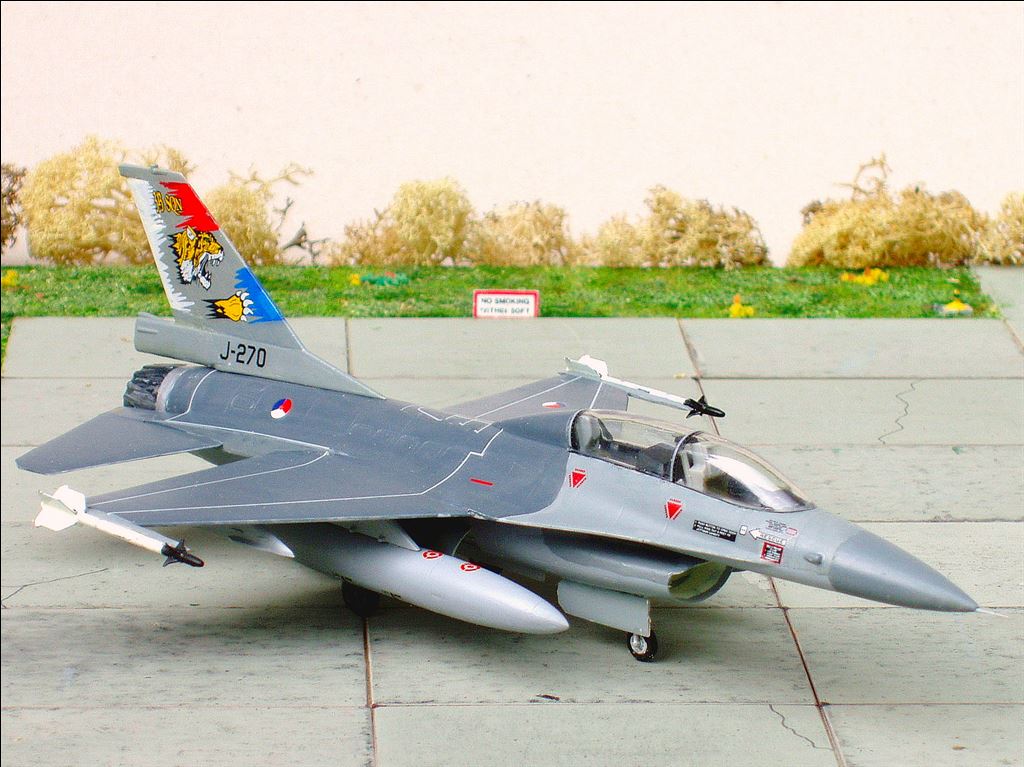 A model of a General Dynamics F-16B, built by Adri Kleijn.

General Dynamics F-16AM, J-055 with tiger markings because of TigerMeet 2010.

General Dynamics F-16AM, J-196 with tiger markings because of TigerMeet 2014.