The Test Group F-16 has been established as a special unit within the Royal Netherlands Air Force to perform special test flights for the F-16. Initially, this was done by the squadrons individually, but soon it became apparent to use a separate staff and device for that purpose. In particular, tests were conducted which USAF did not do.

In 1984, F-16A, the 306 squadron J-646 was fitted with a special wiring for these test purposes. The aircraft soon received the nickname "Orange Jumper" because of the orange color of this special wiring.

One of the first tests performed by the group was the AGM-M65D Maverick, which was conducted in 1985-1986. However, this turned out to be unsuccessful. A later version. The AGM65G proved to be better.

Between 1986 and 1987 an integration test for night flights was conducted. Use was made of FLIR, a larger HUD, a radar altimeter, customized cockpit lighting and NVG (Night Vision Goggles).

At that time The J-646 was rejected by the group and converted into a normal configuration. F-16B J-655 was then added to the group.

The results of the tests were finally applied at the introduction of the MLU in 1998.

At the time of introduction of the MLU, both aircraft were returned to normal standards. As a replacement, F-16BM J-066 was fitted with the orange test equipment. The device also received an orange kangaroo on the tail and was based on Leeuwarden air base. 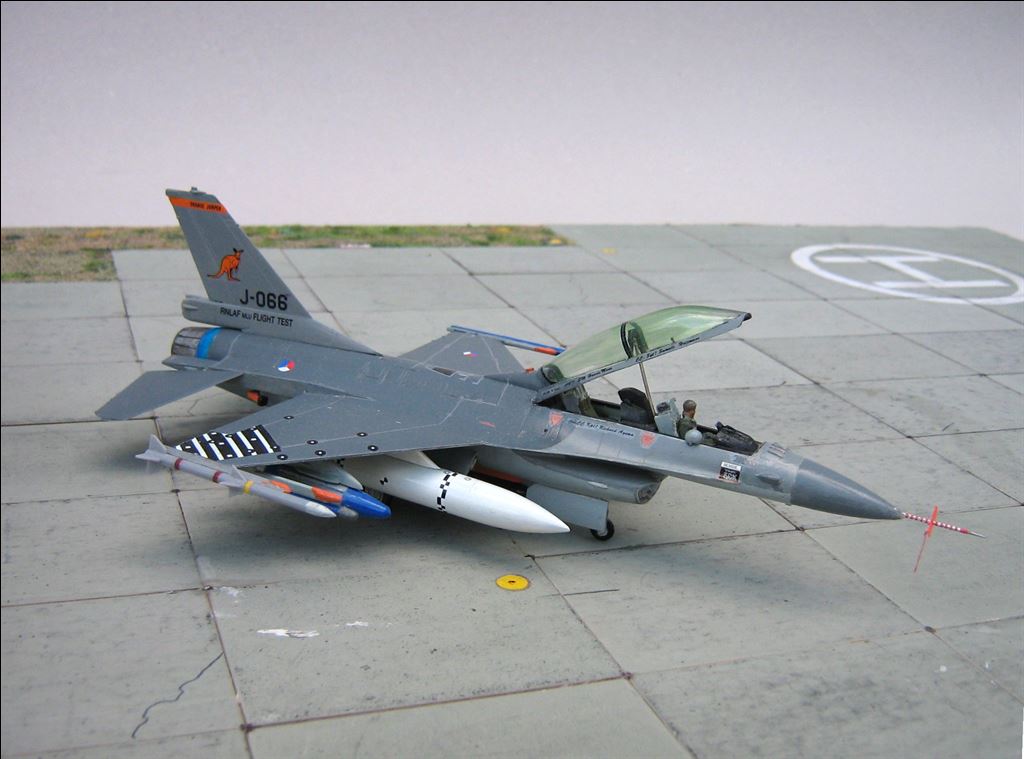 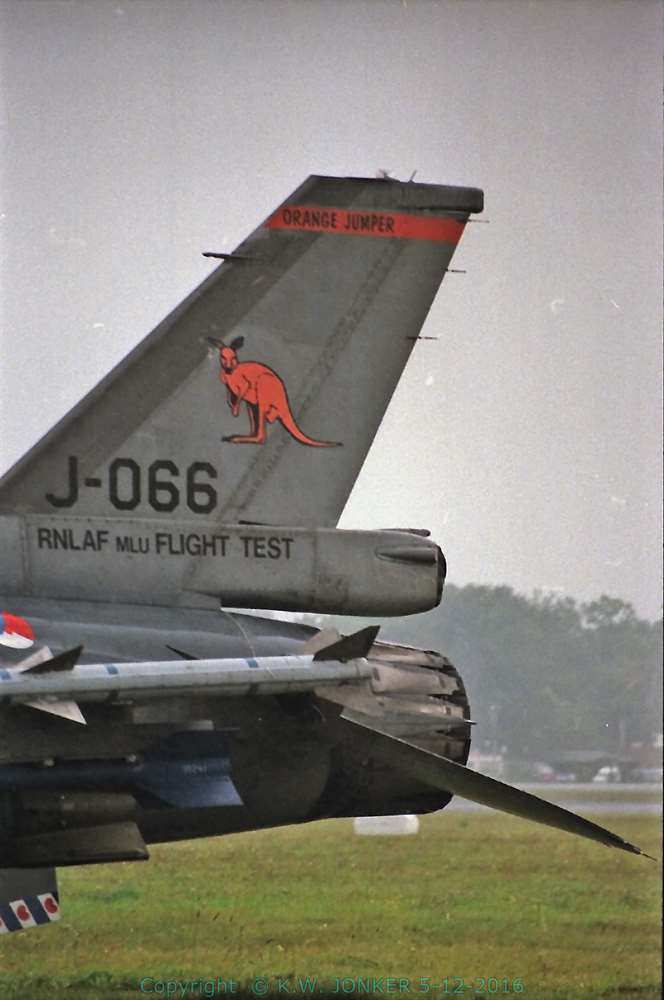 Orange Jumper J-066, photographed on September 2, 2000 at the Open Day at air base Leeuwarden 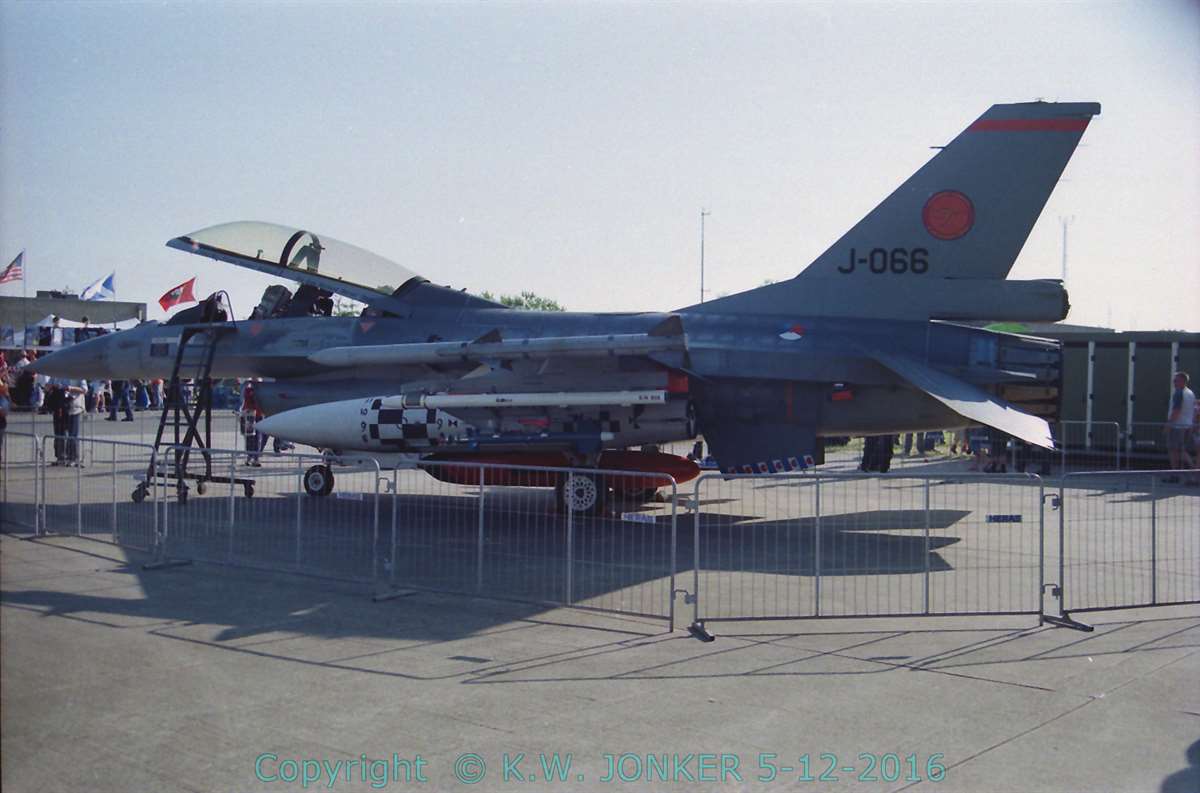 GeneralDynamics F16B TestFlight, J-653 with Test Group Badge and special tail markings because of the Open Day RNlAF June 1995 at air base Volkel.