In December 1914 Handley Page received an order of the Royal Navy to develop a bomber with a large range.
The result was a twin engine biplane with a wing span of 30 meter.
It made its first flight in December 1915. After some improvements the aircraft entered production as O/100 and 46 examples were built.

It happened to carry eight bombs, which were moved to ammunition factory Hembrug near Amsterdam. 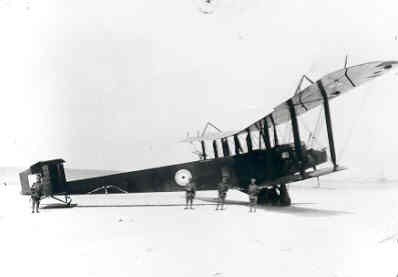 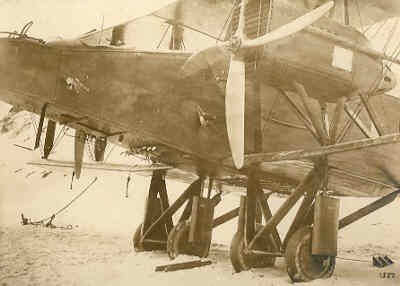 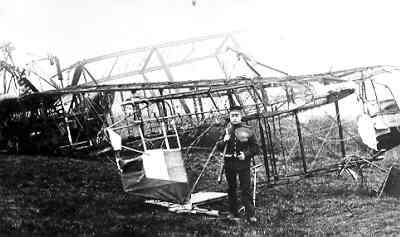