The Hiller UH-12 was a development of the Hiller Model 360 from 1948. It was equipped with a Franklin 6V4-178-B33 engine rated 175 hp. This type made the first transcontinental commercial helicopter flight.
With another engine and new rotor blades the UH-12 was bought by the US Army under the designation UH-12A . Its military designation was H-23 Raven. The US Navy also used the type with Naval designation HTE-1, mainly as a trainer.

The H-23B:
was equipped with a more powerful Franklin 6V4-200-C33 engine rated 200-210 hp. 216 examples of this type were used by the US Army as H-23B for training purposes and another 237 examples were used for general purposes.
The UH-12B:
This type could have skids or floats. The US Navy ordered a series under the designation HTE-2 equipped with wheels.
The UH-12C:
was released in 1955 and had the same engine, but full metal rotor blades and Bell 47 like canopy. 156 examples were delivered to the US Army under the designation H-23C.
The OH-12D:
was a fully military version was released in 1956, 483 of this type were used by the US Army. The engine was a more powerful Lycoming VO-540 rated 320 hp and also the transmission was modified and improved.
The UH-12E:
the best known version was equipped with a more powerful engine. The US Army used this type under the designation OH-23G to replace all Hillers OH-23D.
The UH-12E:
In 1960 a four seat version was released as Model E4, with an enlarged cabin and revised stabilizer. The US Army used 23 of this type under the designation OH-23F.


The first Hillers H-23B entered service in June 1955 and were transferred to 298 squadron.
During May 1956 some were transferred to 299 squadron.
All Hillers were in fact property of the Netherlands Army and part of GPLV (Groep Lichte Vliegtuigen = Group Light Aircraft), but they were flown and under maintenance by the RNlAF.
Initially squadron codes were applied, but from 1959 these were replaced with the serials.
All Hillers were received under MDAP (Mutual Defence Assistance program) conditions.
May 1959 an extra aircraft was delivered, registered O-36. This was a H-23C. 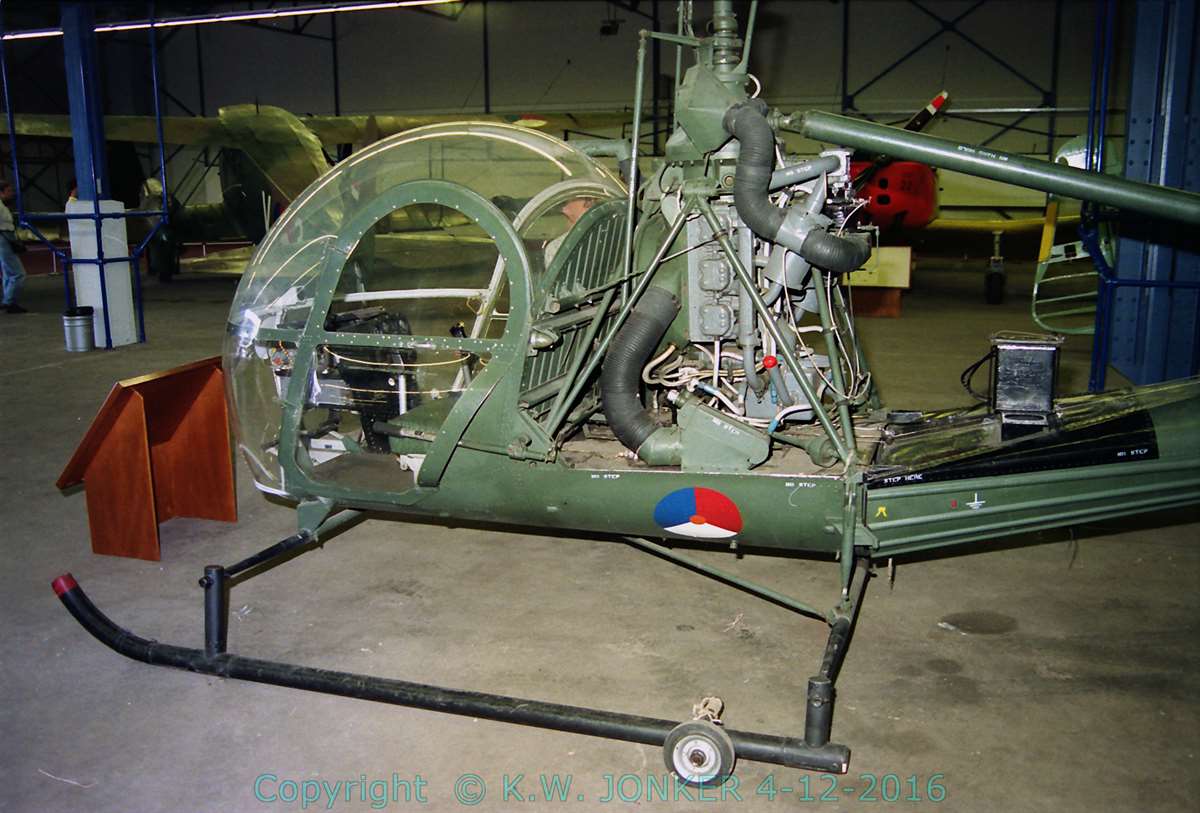 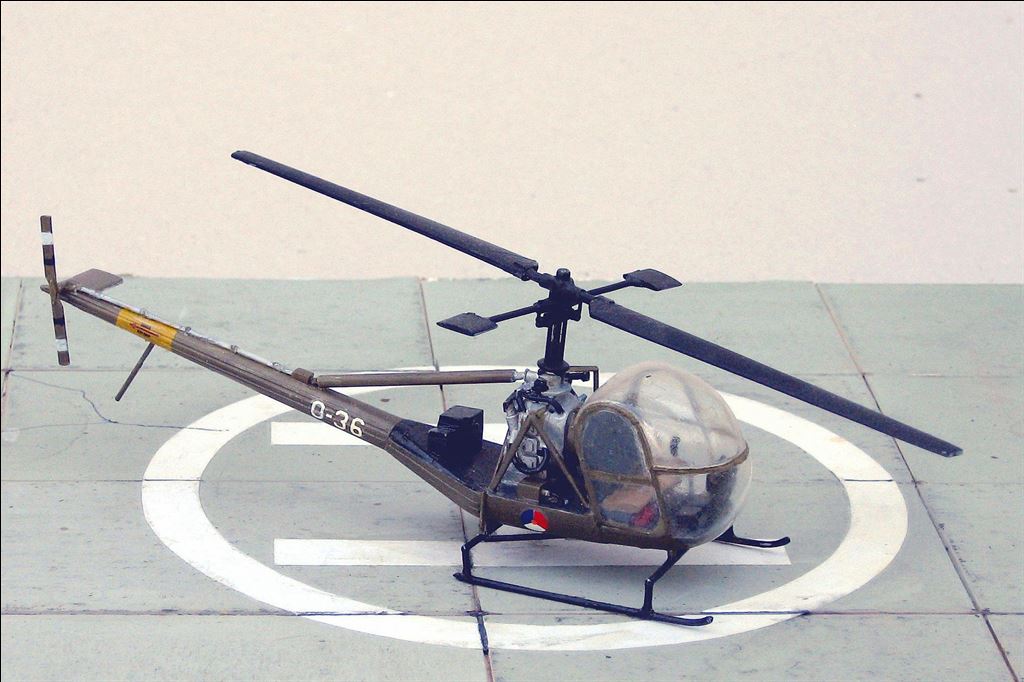 
For an extended conveersiontable with many colour and paint systems, check www.paint4models.com

Special thanks to mr J. Brussaard for the information and especially the nice photos and for the conversion and building report of the Special Hobby Hiller.