The design of the Lockheed Hudson refers to the Lockheed 10 Electra originating from 1934.
This aircraft, of which almost 150 examples were built, was the first  of a series twin engined aircraft designed by the C. “Kelly” Johnson team.
The Lockheed 12 Electra Junior was a somewhat downsized version of which 144 examples were built plus another 16 examples of the Lockheed 212, a bomber / trainer for the NEIAF.
Soon the larger Lockheed 14 Super Electra for 12 passengers was was released. This type had more powerful engines, wings with Fowler flaps and the wings were designed for high speed. It made its first flight on July 29, 1937.
Because it was smaller than its opponent the Douglas DC-3, just 122 examples were built.
In February 1938 Lockheed was visited by the BPC (British Purchasing Commission) looking for a replacement of their ageing AVRO Anson. The design team, which had already been thinking about a bomber version of the Lockheed 14, built a mock-up of the B-14L. Initially it had a nose and a dorsal turret. Because the British wanted the navigator / bomber in a clear vision glazed nose, the nose turret was abandoned an replace by a glazed nose section.
As the British were already impressed by the performance of the Lockheed 14 and because the Lockheed B-14L design was cheaper and could be delivered earlier than other designs, 200 examples were ordered, to be delivered before December 1939, plus an additional 50 examples which could be delivered later. Lockheed succeeded to deliver all 250 aircraft before December 31, 1939.
The first production Hudson, RAF serial N7205 made its first flight on December 10, 1938. Little problems occurred and it was sent to A&AEE at Boscombe Down for testing. The second aircraft serial N7206 went to Boulton Paul, for installation and testing the dorsal turret.
The Lockheed Model B-14L Hudson I was about 100 km/hr faster and could carry four times as much bomb load as the AVRO Anson at a range of about 3150 km, being almost double the range of the Anson. The Anson was, after being replaced by the Hudson, mainly used for training purposes.
The Hudson was an all metal aircraft with the well-known Fowler flaps shortening the landing and start. The crew consisted usually of a pilot, a navigator, a bombardier, a wireless operator and an air gunner.
The armament consisted of four .303 inch machine guns, two in the nose and two in the dorsal turret and a bomb load of 600 kg (1400 lb).
Production ended in May 1943. Oner 2900 examples were built.


In service with RNlAF and 320 squadron RAF. 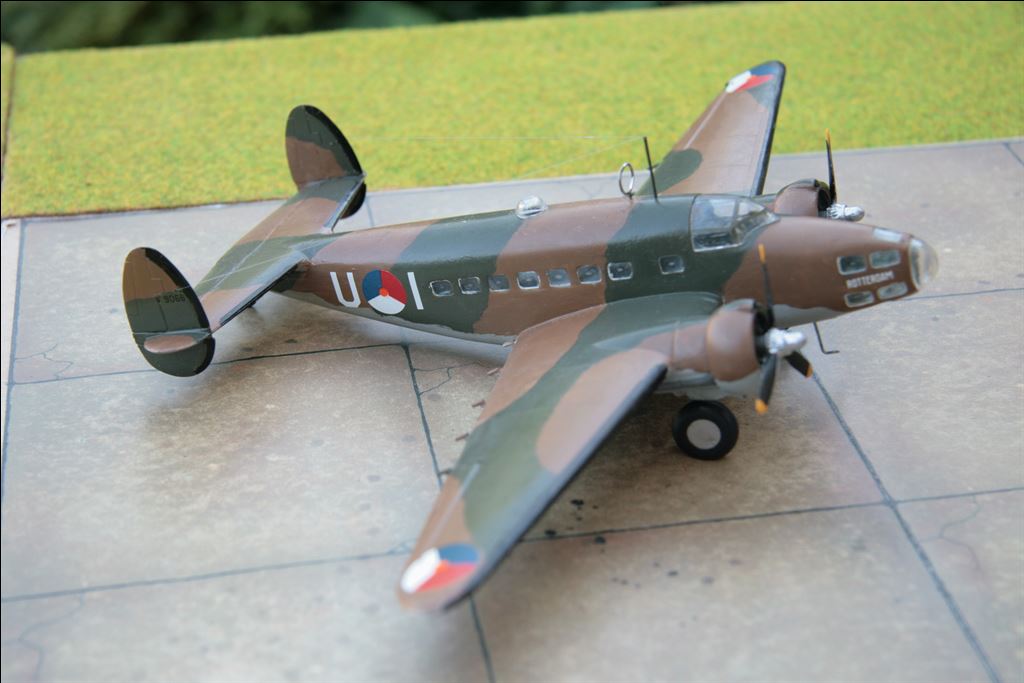 Model of a Lockheed Hudson GR.III, LSK;
Used is the Airfix kit, with some minor modifications such as the elevator. Also some antennas were added. Used are the decals form Dutch Decal set 72001.
The glass parts were rather thick, I rubbed them and polished them. 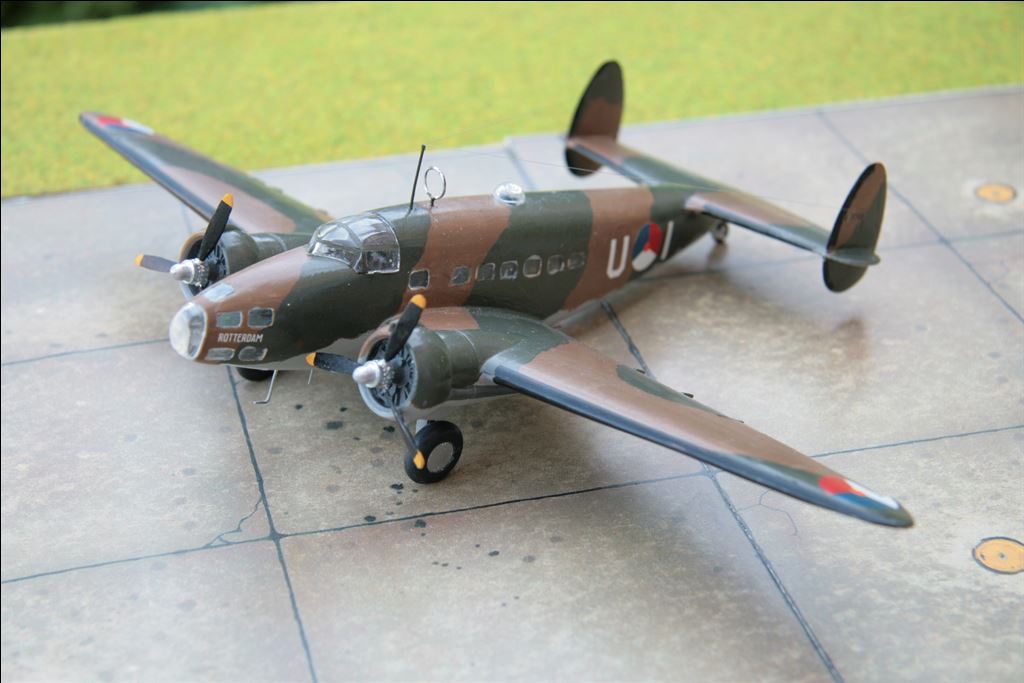 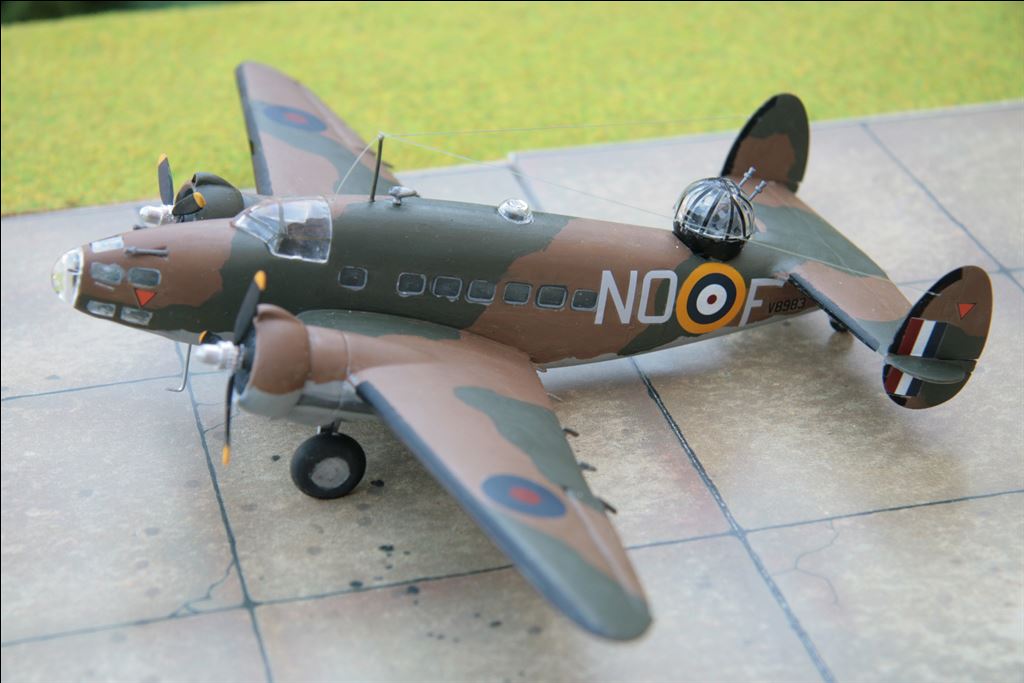 Model of the Lockheed Hudson Mk.III, 320 squadron RAF.
Used are the decals form Dutch Decal set 72055 in combination with the old Airfix kit. 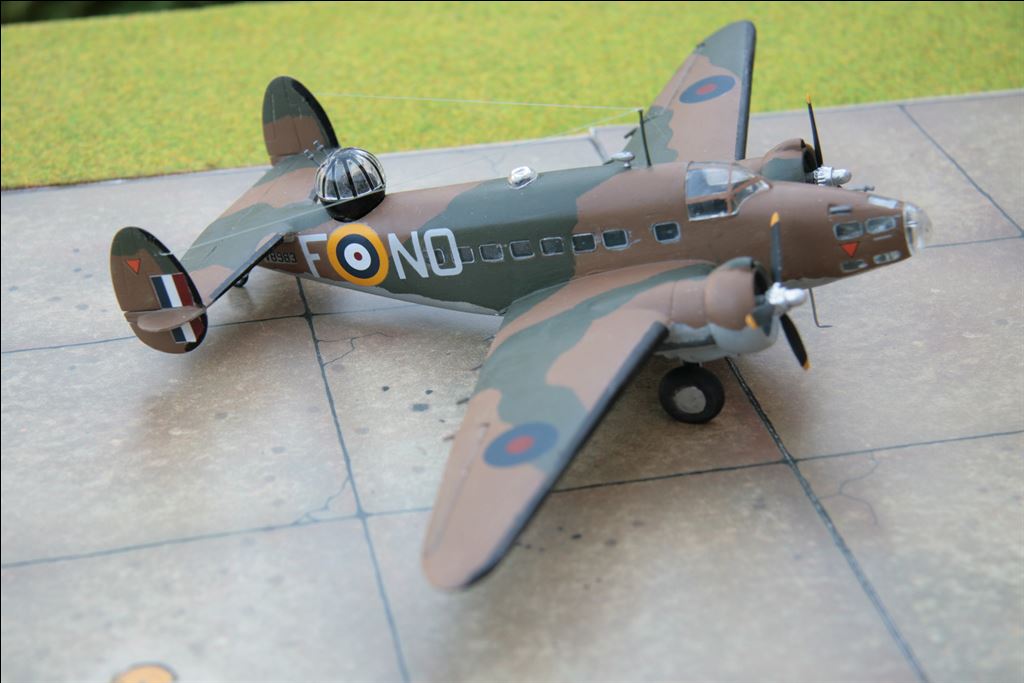 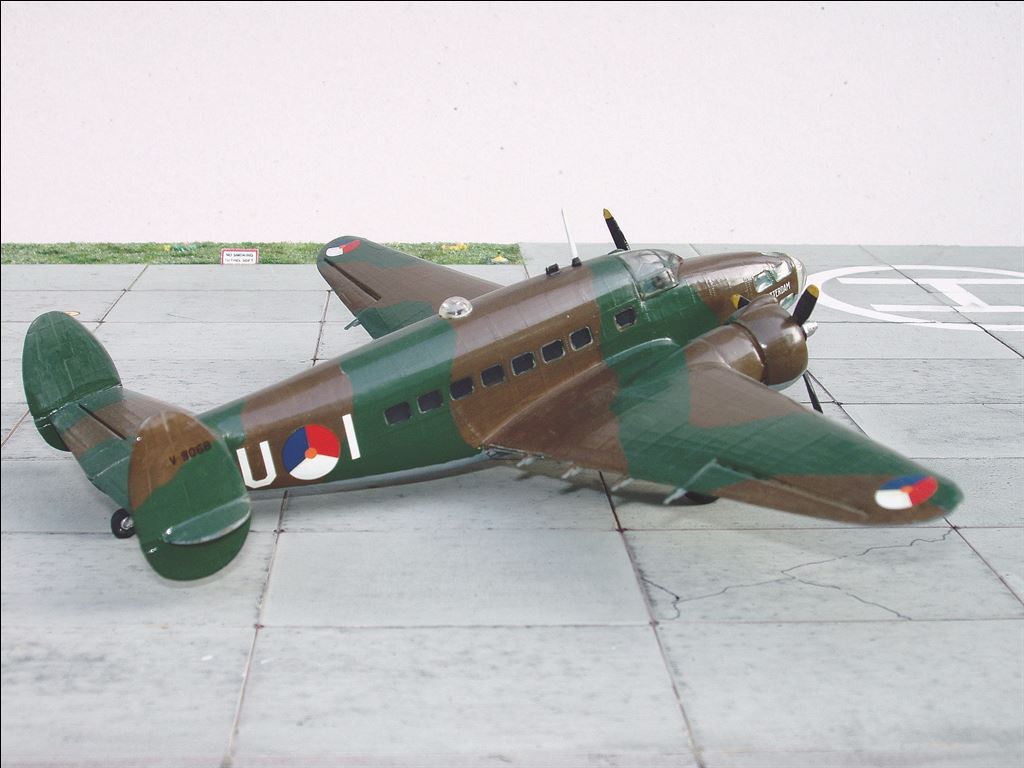 A model of a Lockheed Hudson III, model used is the Airfix kit with decal of Dutch Decal 72001; Model built by Adri Kleijn.