After having built mainly aircraft with pusher prop, "pushers", Martin switched to types with a pull screw, 'tractors' in 1913.

Work on the Martin T prototype started in August 1912. It was equipped with a Gnome radial engine.

In October 1914 it was succeeded by the Martin TA (Tractor Army), with an engine of 120 hp, designed for a competition of the US Army. However it was destroyed during test flights.

In February 1914 Martin was asked to equip a Model T with dual controls in a tandem cockpit. Three Model Ts were adjusted and another 14 eaxamples were built under the designation Model TT (tractor Trainer).


The Wright Martin TT was one of the first military airplanes of NEIAF. Lots of problems occurred with these aircraft.
Initially they were equipped with floats, but the Hall-Scott engine didn't have enough power for this configuration, so the floats were soon replaced with wheels. 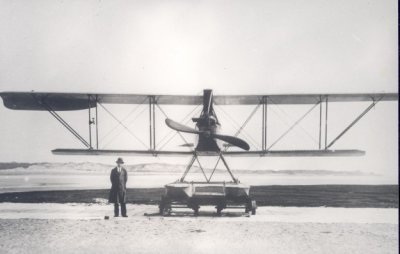 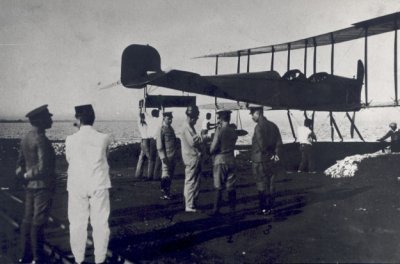