The Pilatus PC-7 is based on the Pilatus P-3 and the first prototype, actually a P-3 of which the Lycoming engine was replaced by a P & W PT6A-20 turboprop, made its first flight in April 1966.
The program was seriously delayed by a crash and just in 1975 a second prototype, also a converted P-3, made its maiden flight.
There were all kinds of modifications, such as a new wing with integrated fuel tanks, a modified tail and a tear drop cockpit.

In August 1978 the first production exampled rolled out and by the end of the year, the type received its Swiss type certification.
Soon the delivery of the PC-7 to both civilian and military users followed.
The PC-7 Mk. II is actually a development of the PC-9, and adapted to the smaller of the turboprop PC-7. Goal was reducing the cost of operation and maintenance.


Since 1989 the Royal Netherlands Air Force operates thirteen Pilatus PC-7 Turbo Trainers for the flying training at Woensdrecht at the EMVO (Elementary Military Flying School). At first ten aircraft were bought, since 1997 three additional aircraft were bought added.
Since 1995 a standard Pilatus PC-7 is used for display purposes at several events both in the Netherlands and abroad. The team uses two smoke pods under the wings.
It uses two aircraft, one operational demonstration aircraft plus one spare. 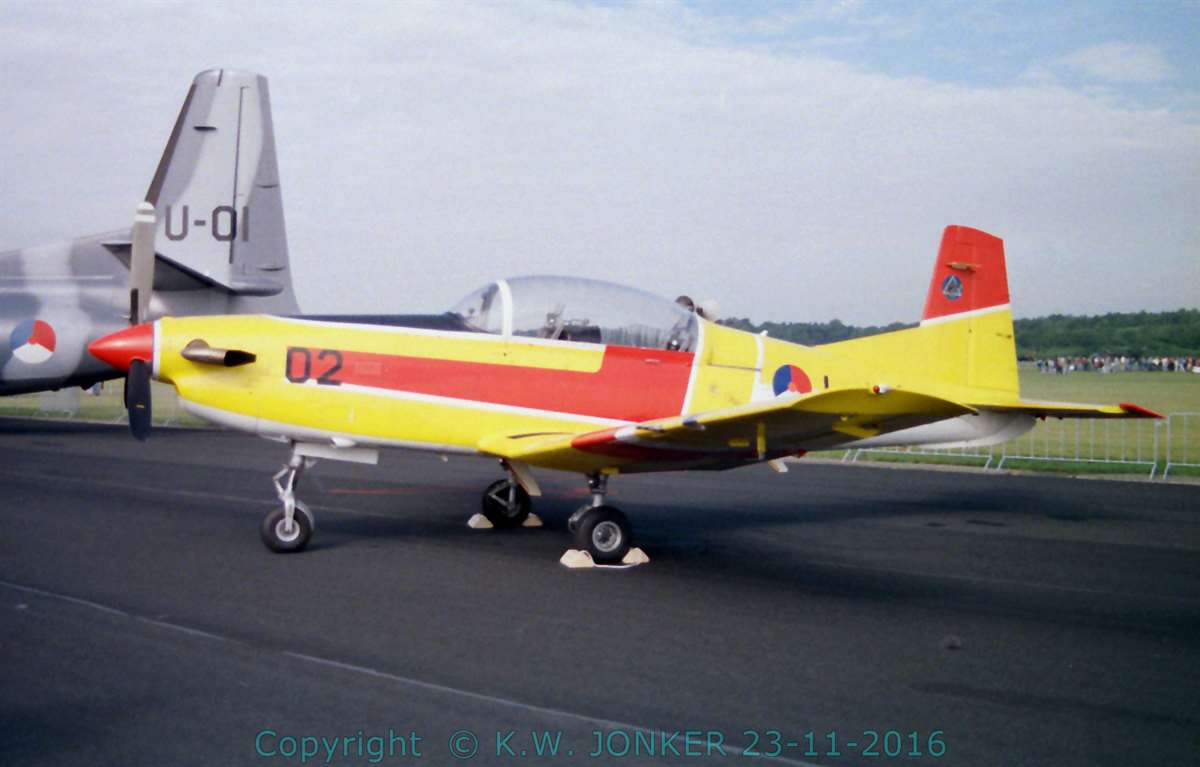 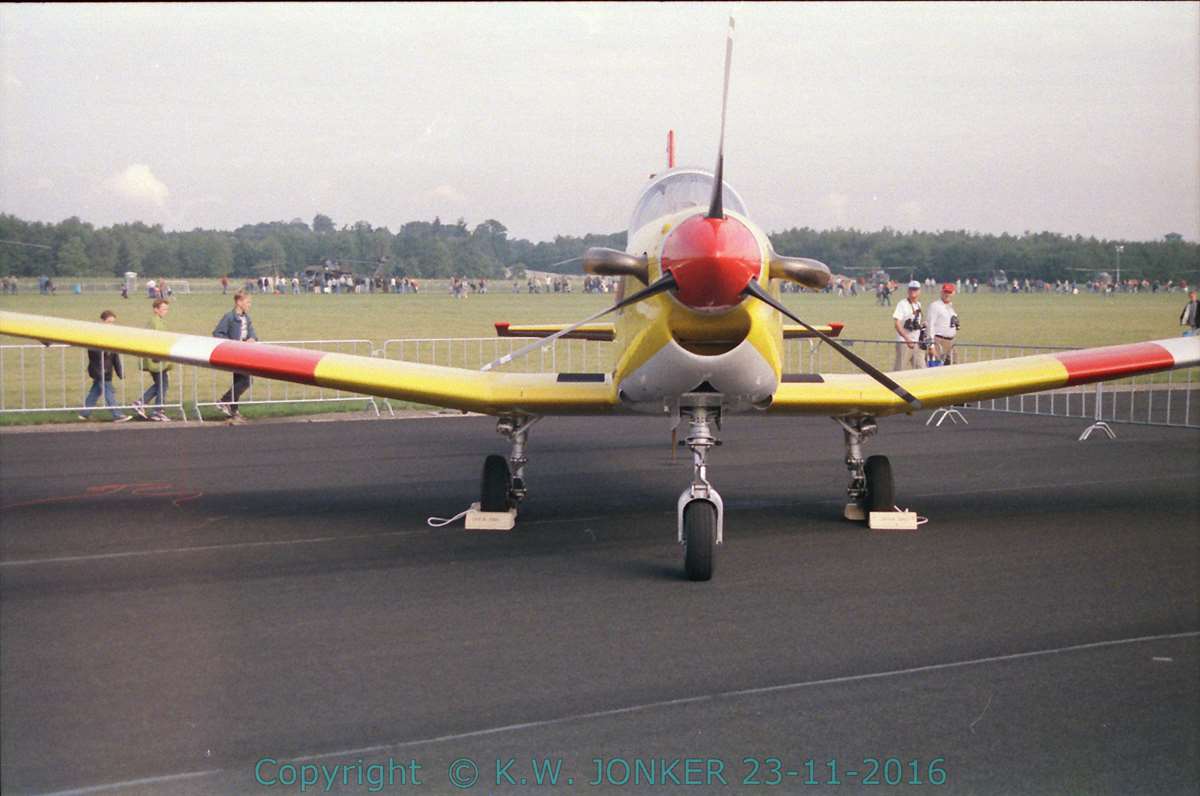 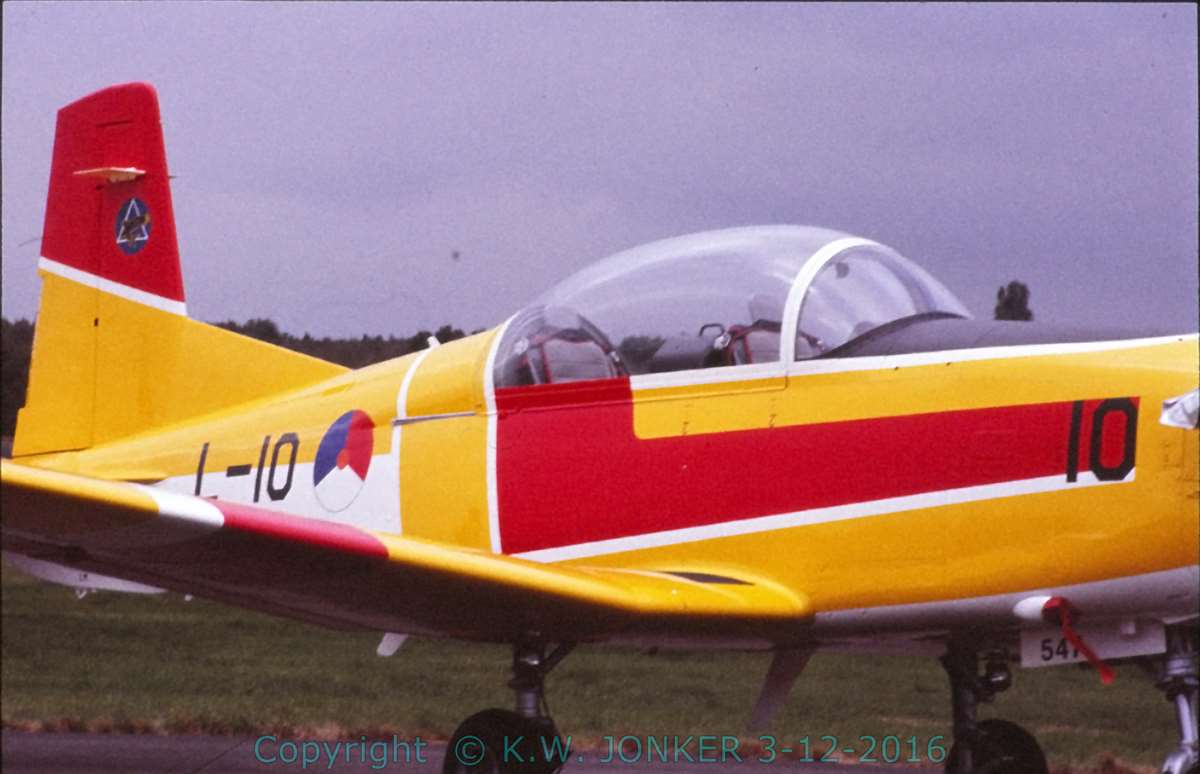 In 2006 the aircraft had a new paint scheme overall gloss black with yellow markings applied. The black colour was because of an improved visibility in the air. 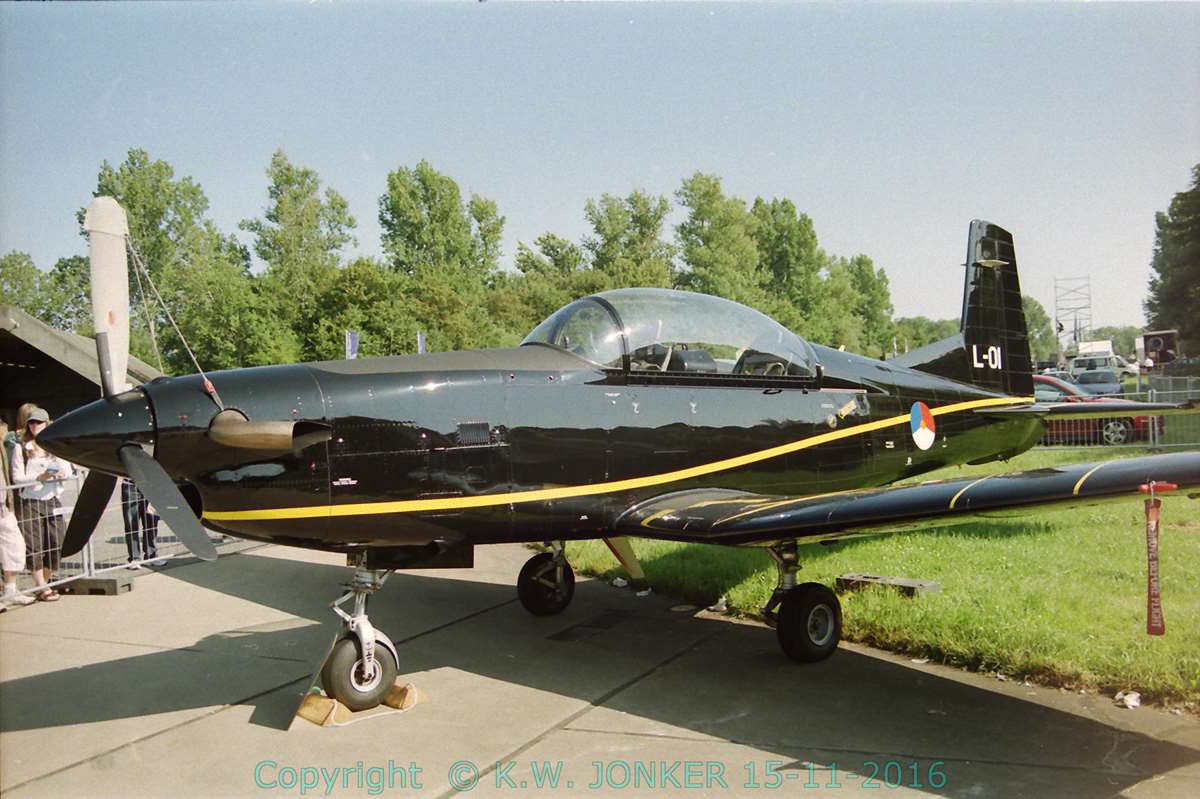 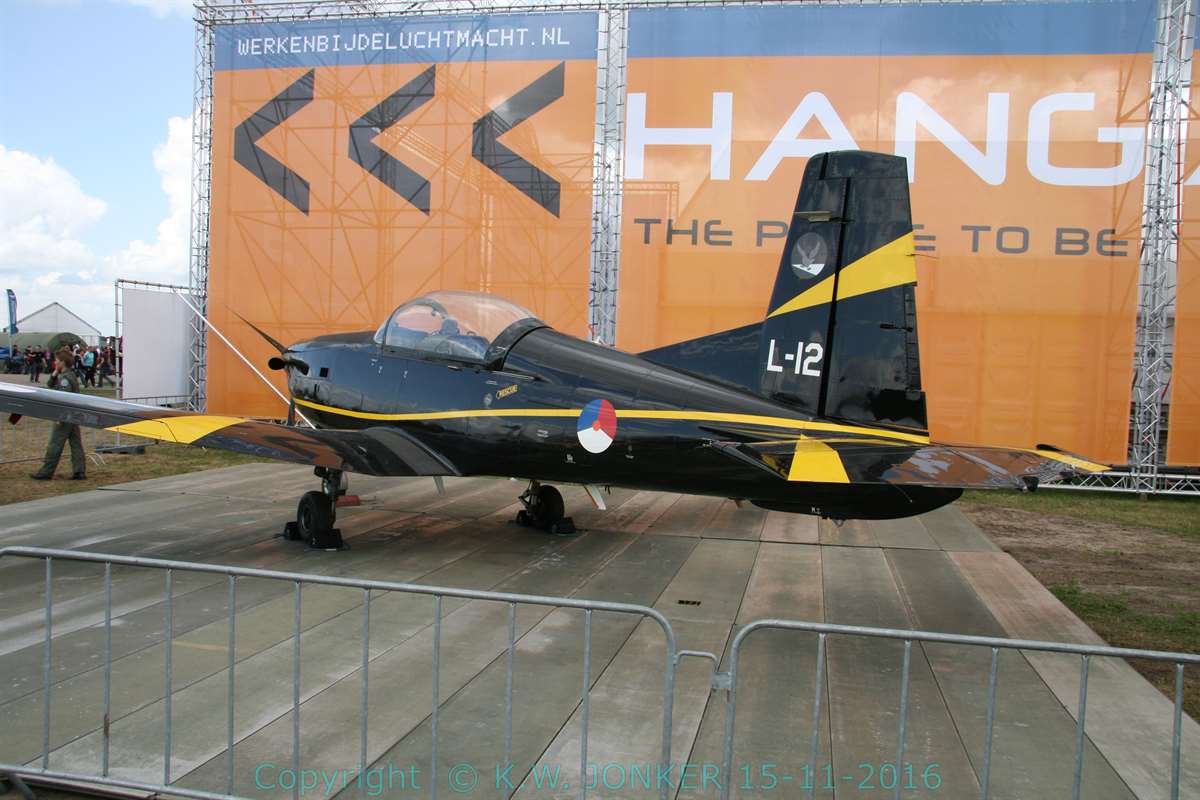 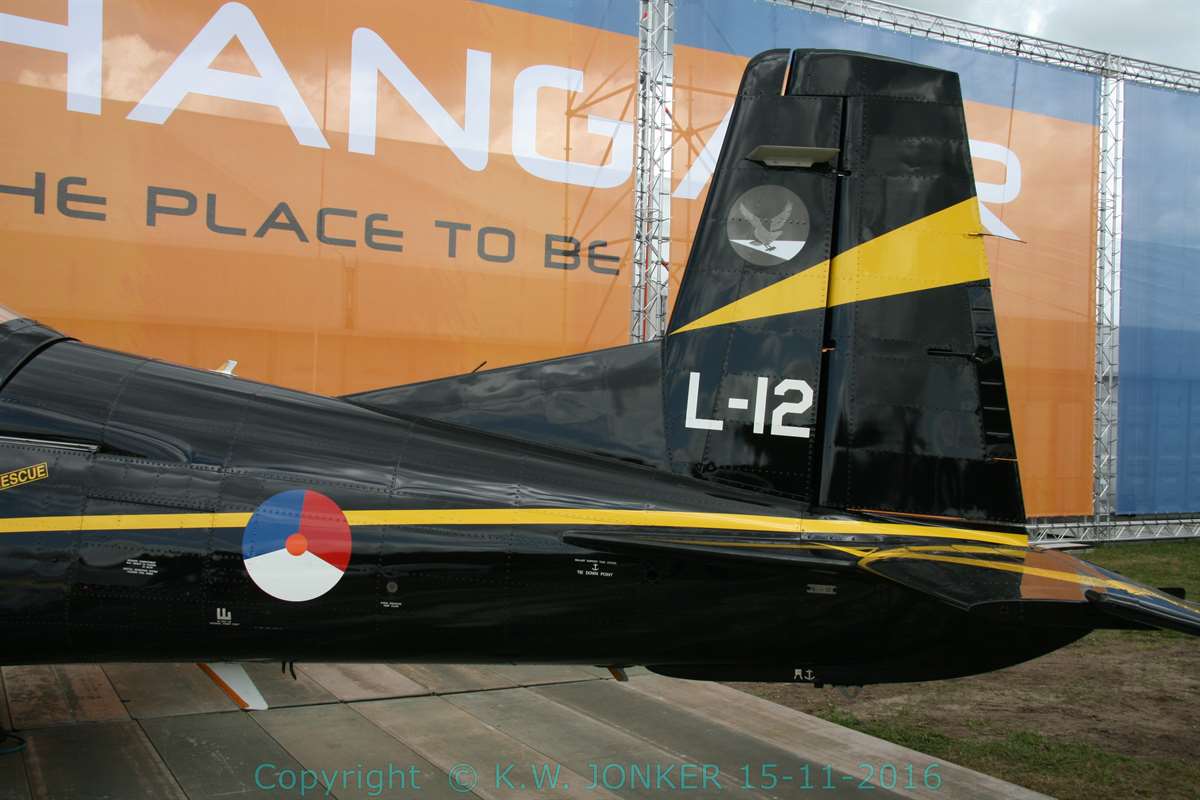 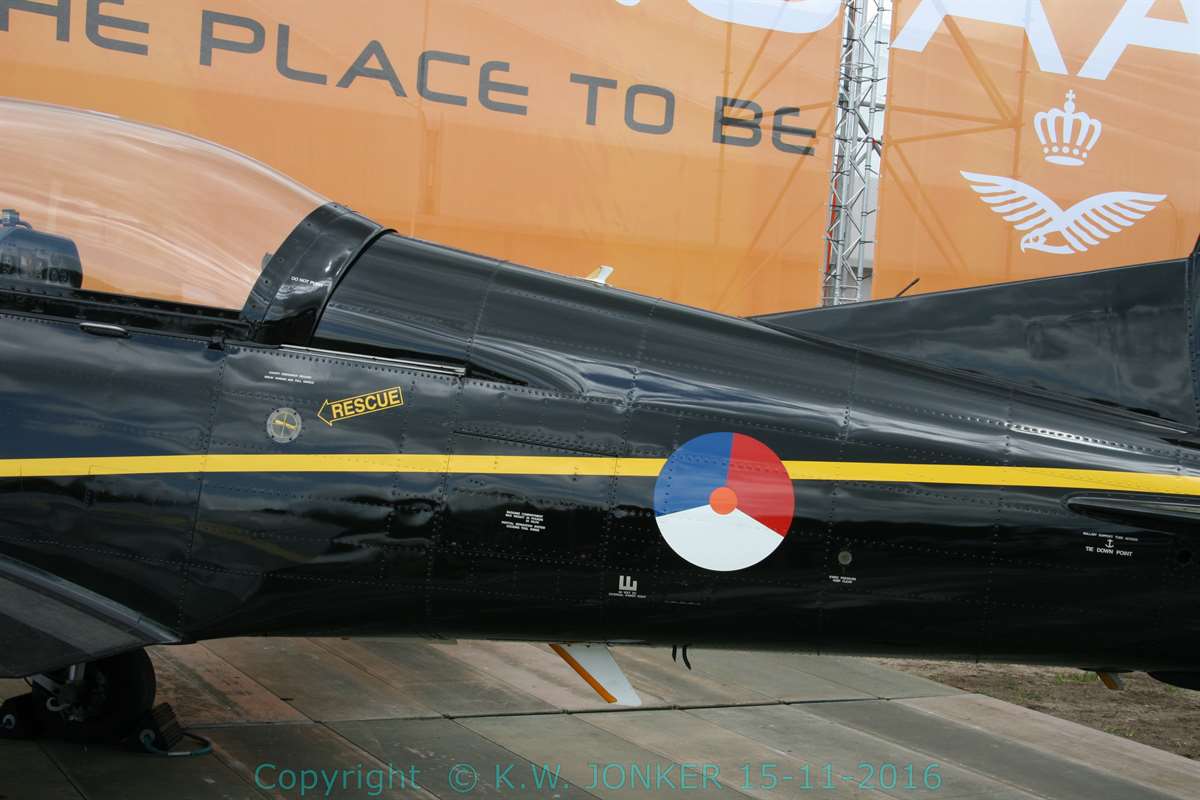 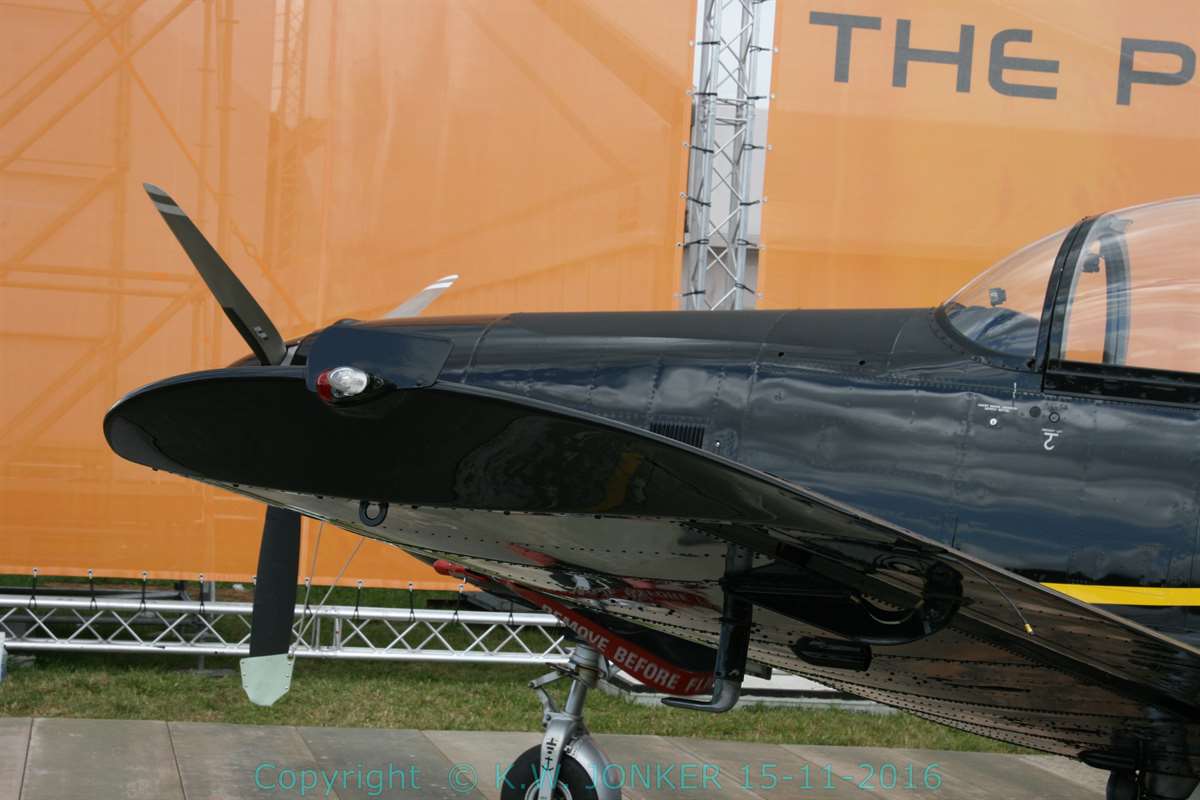 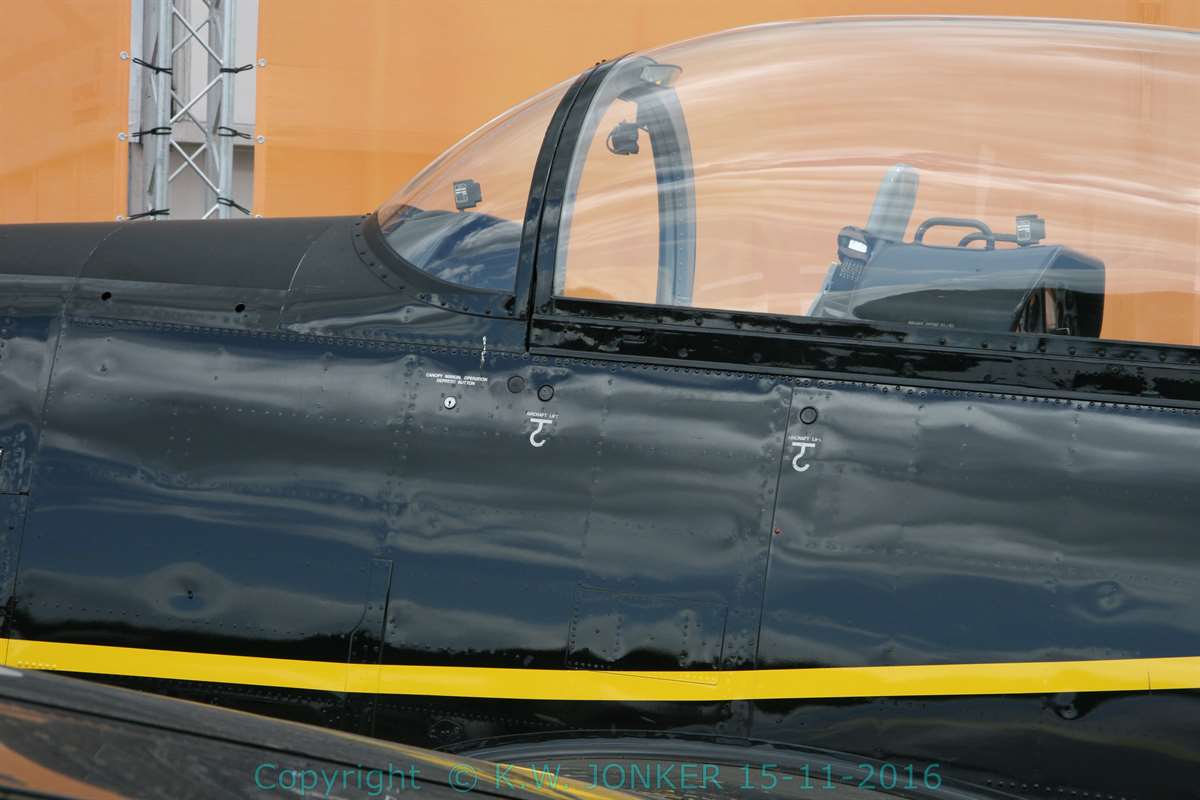 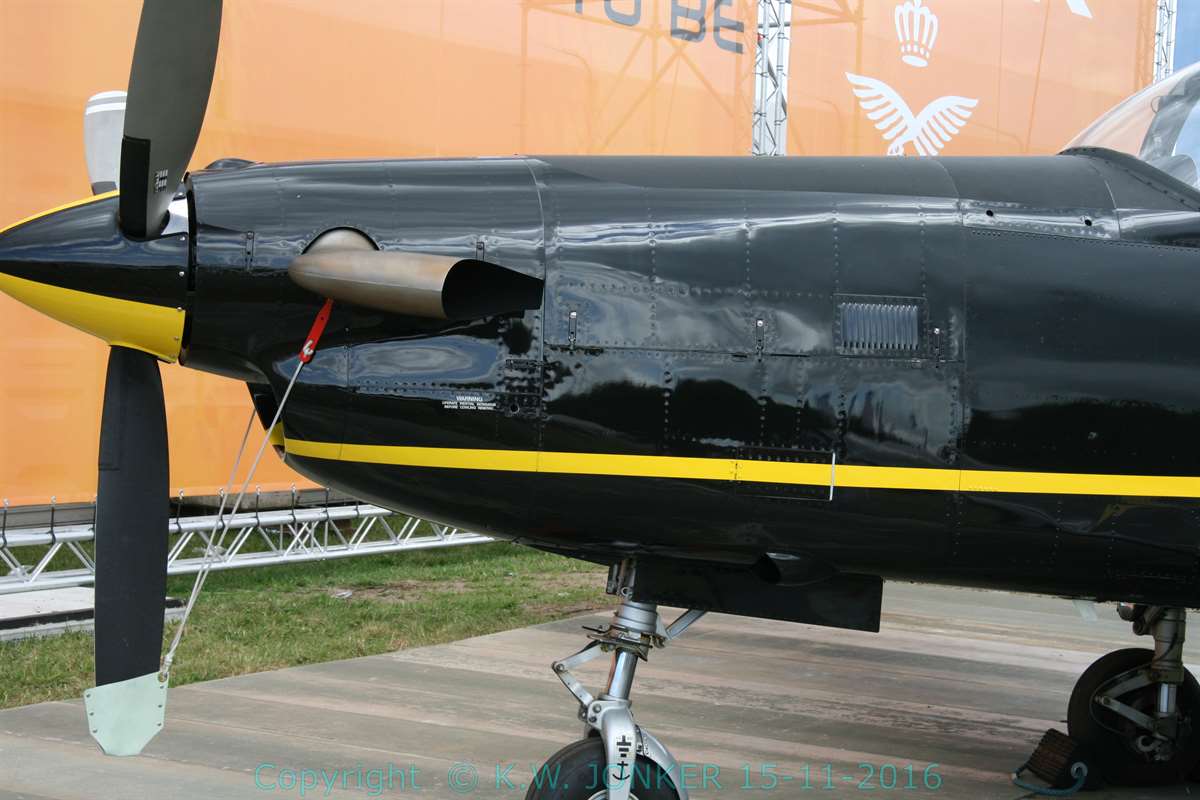 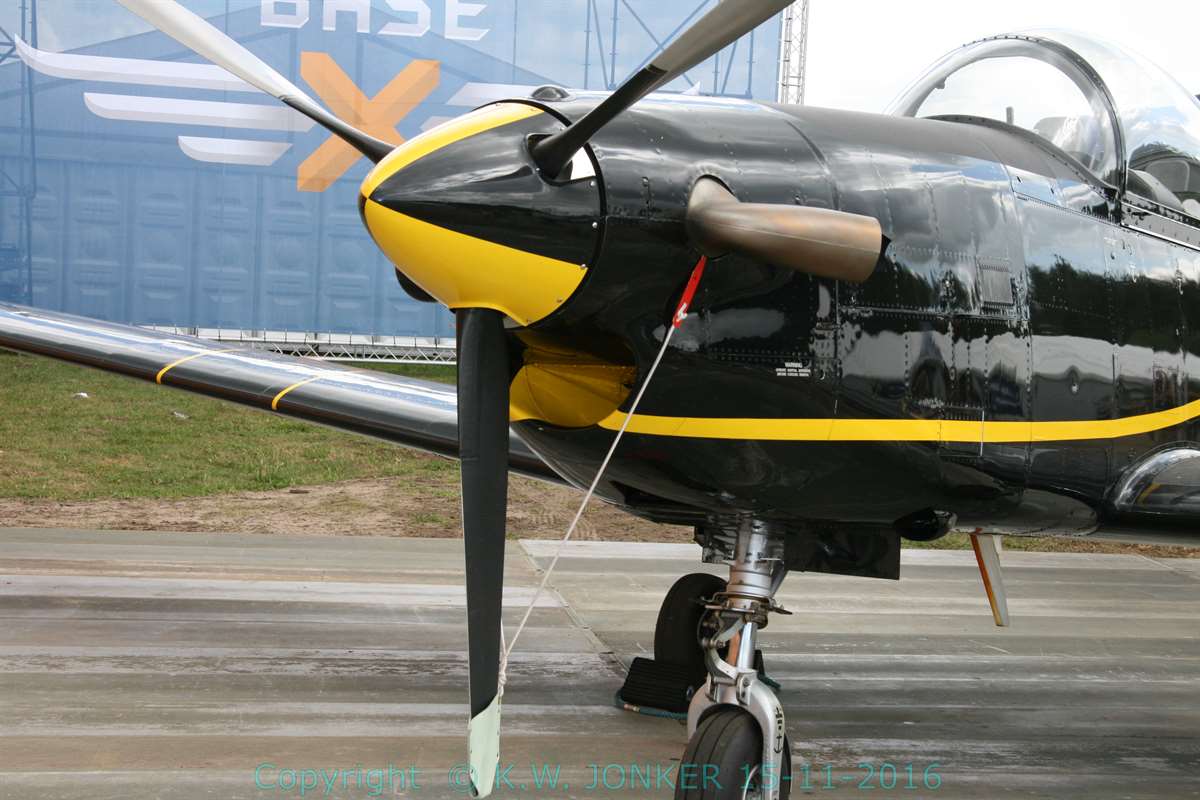 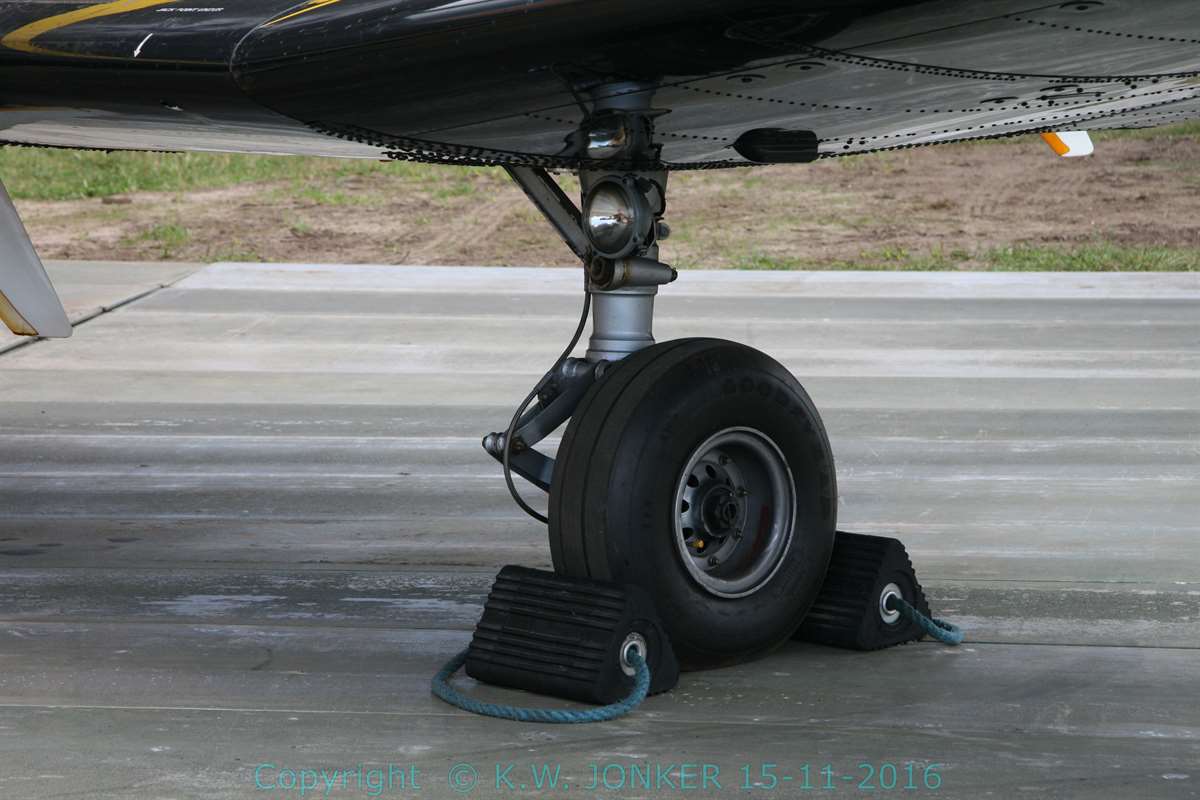 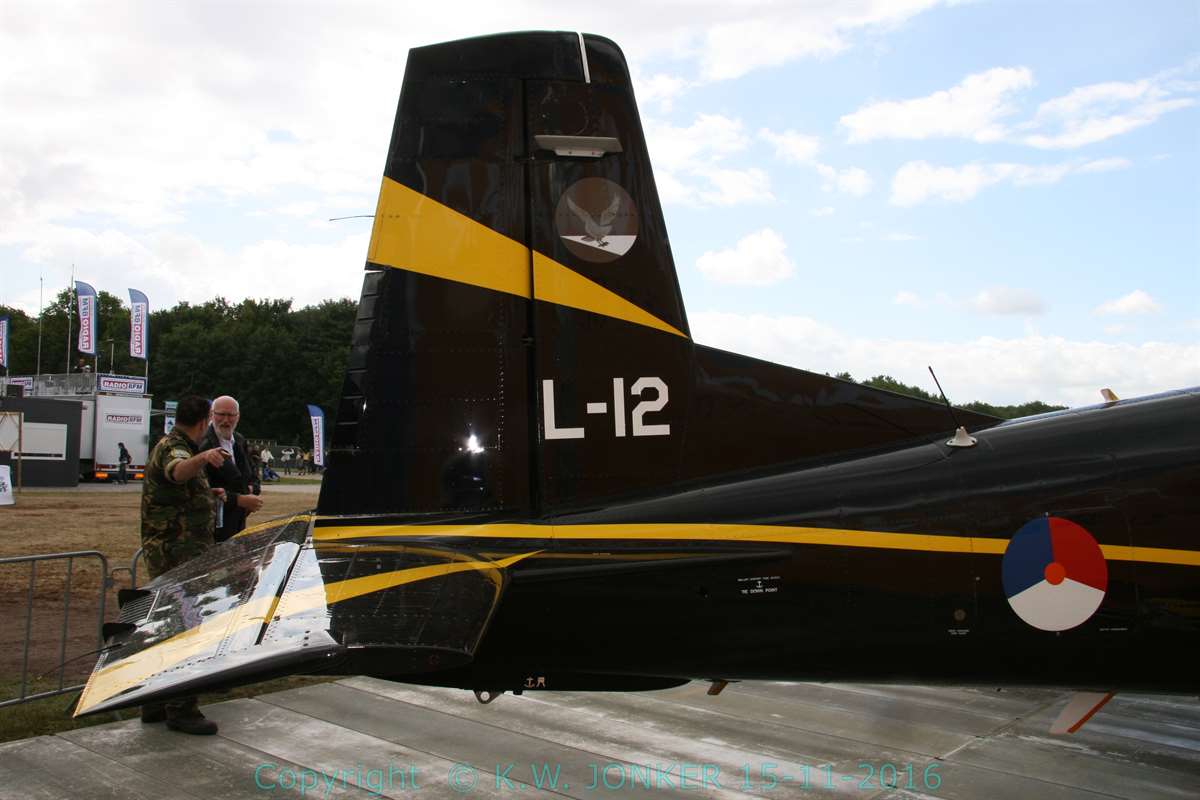 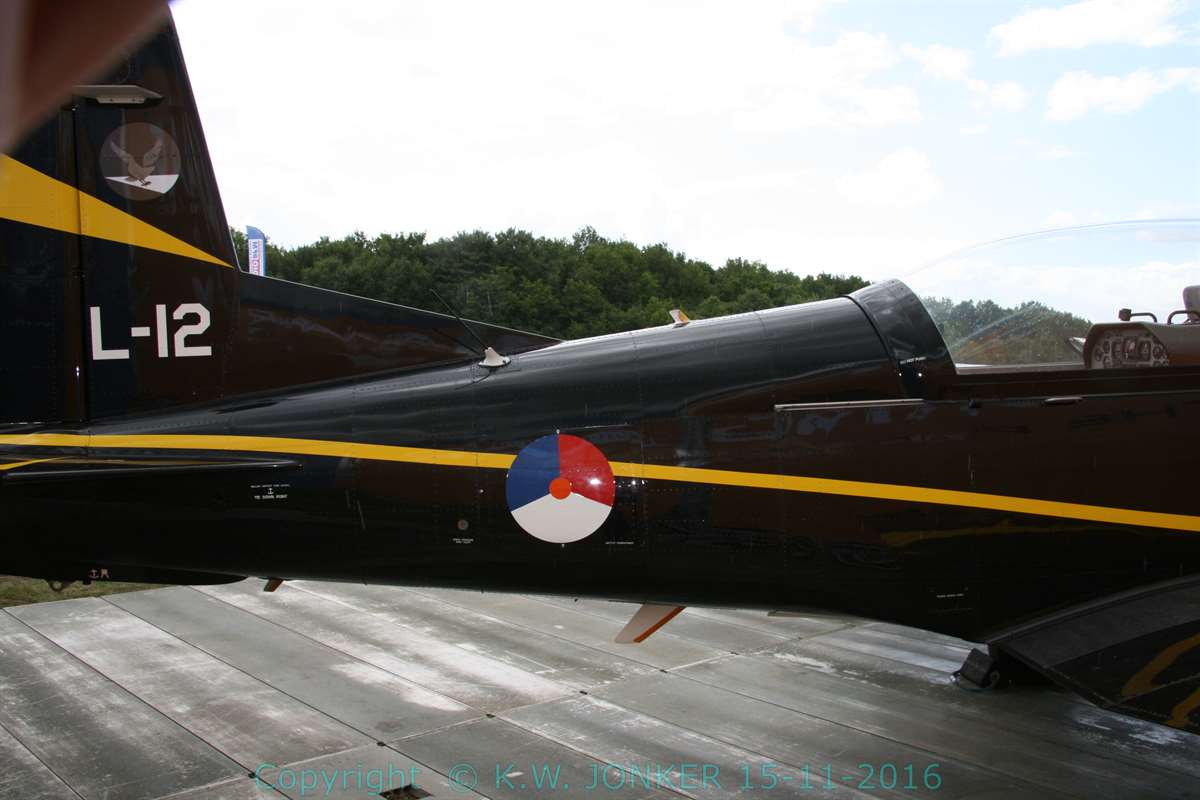 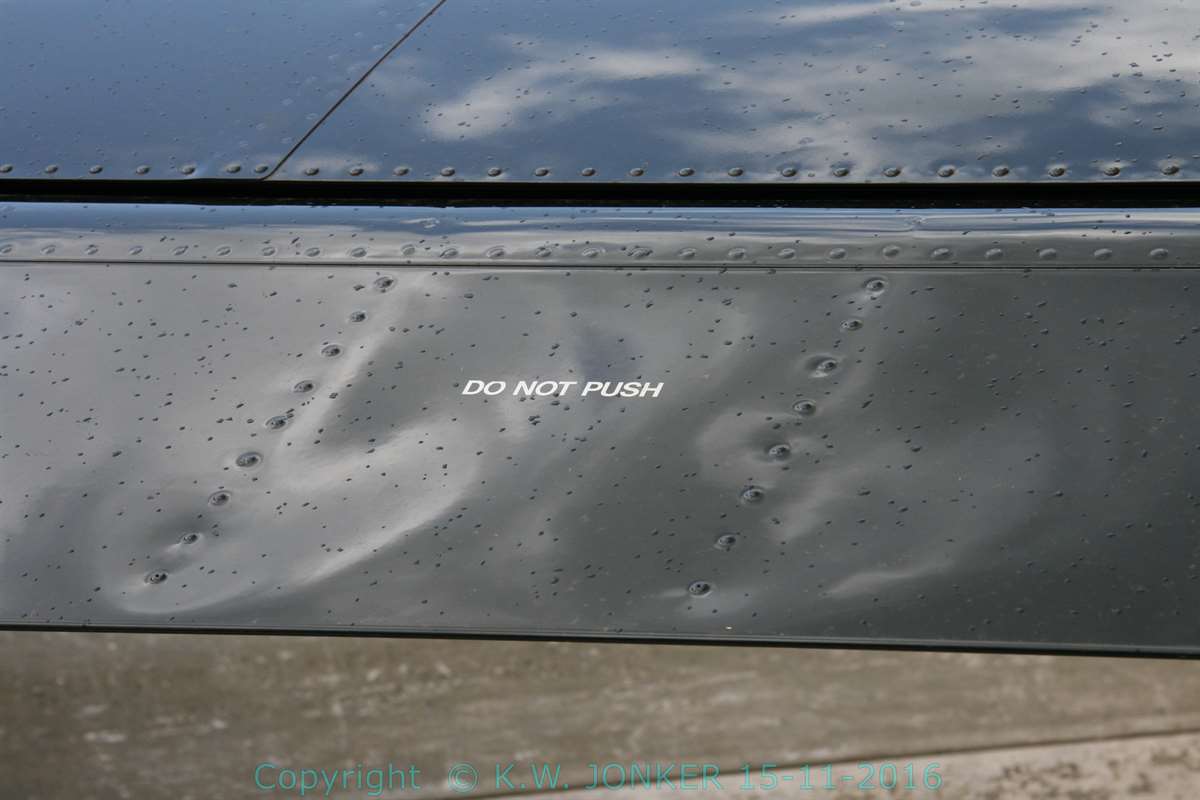 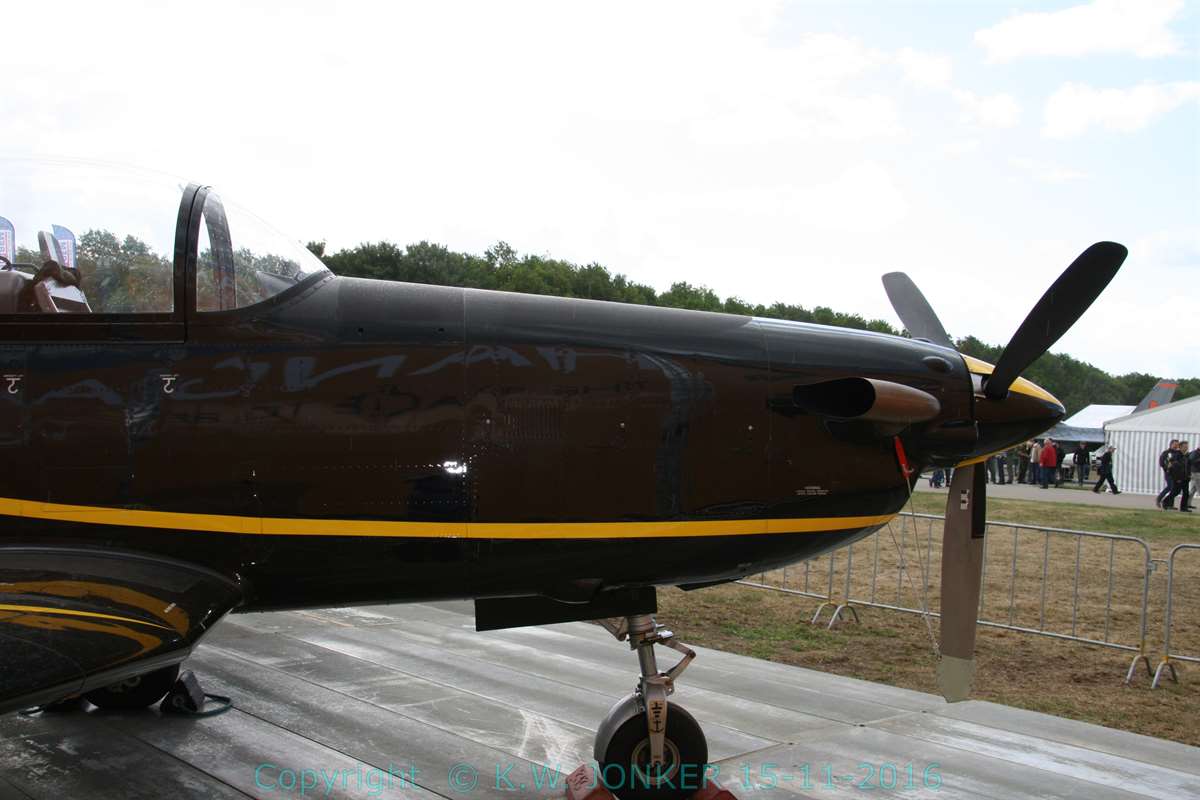 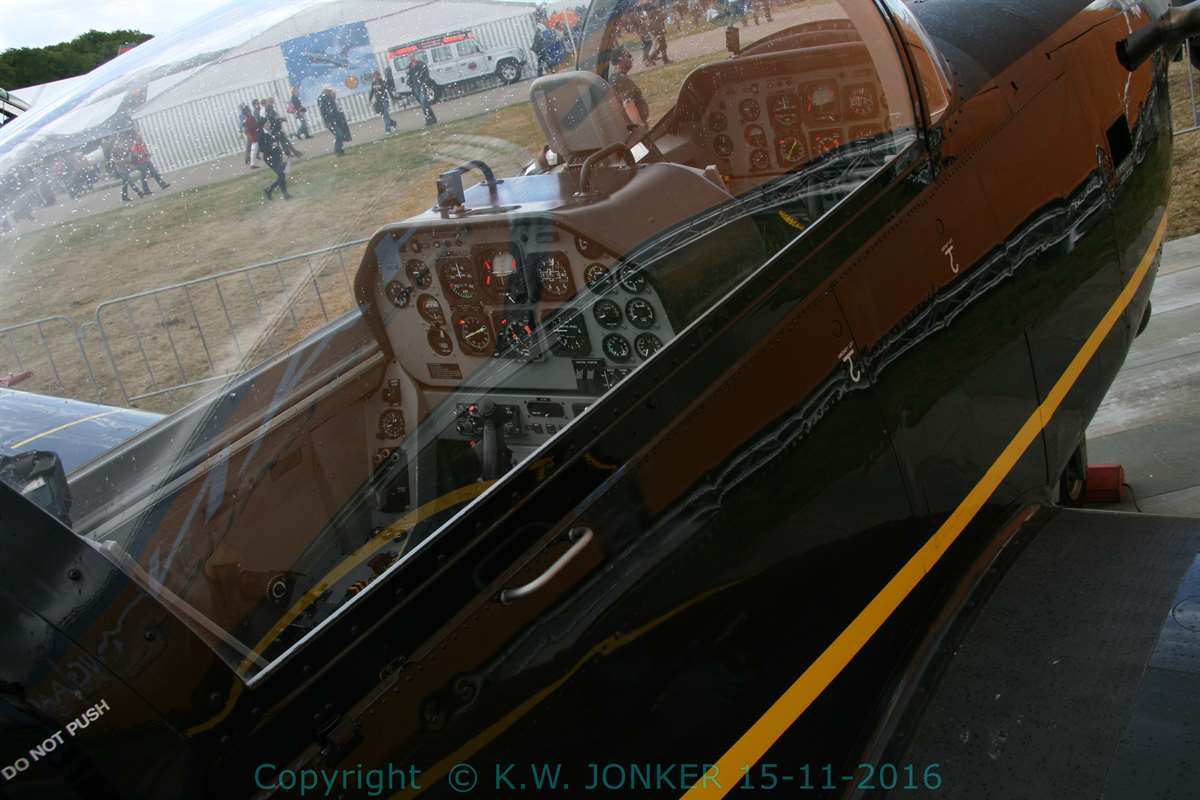 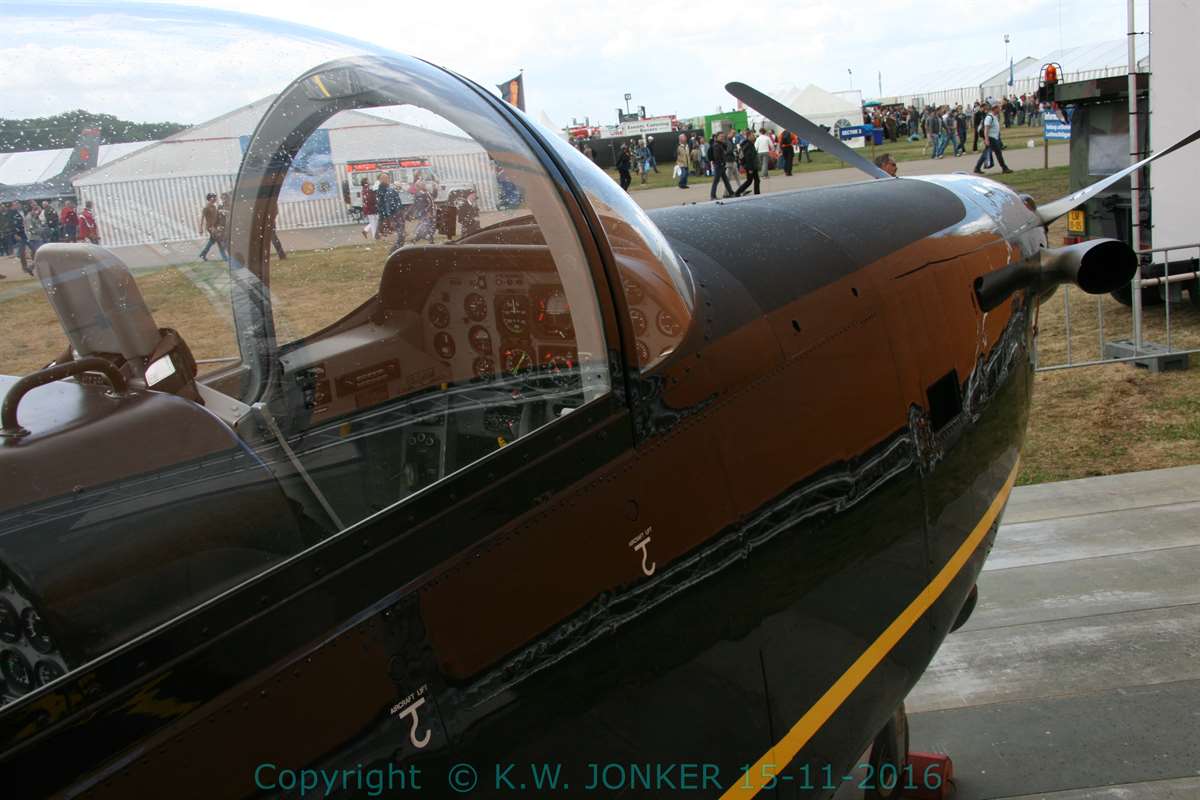 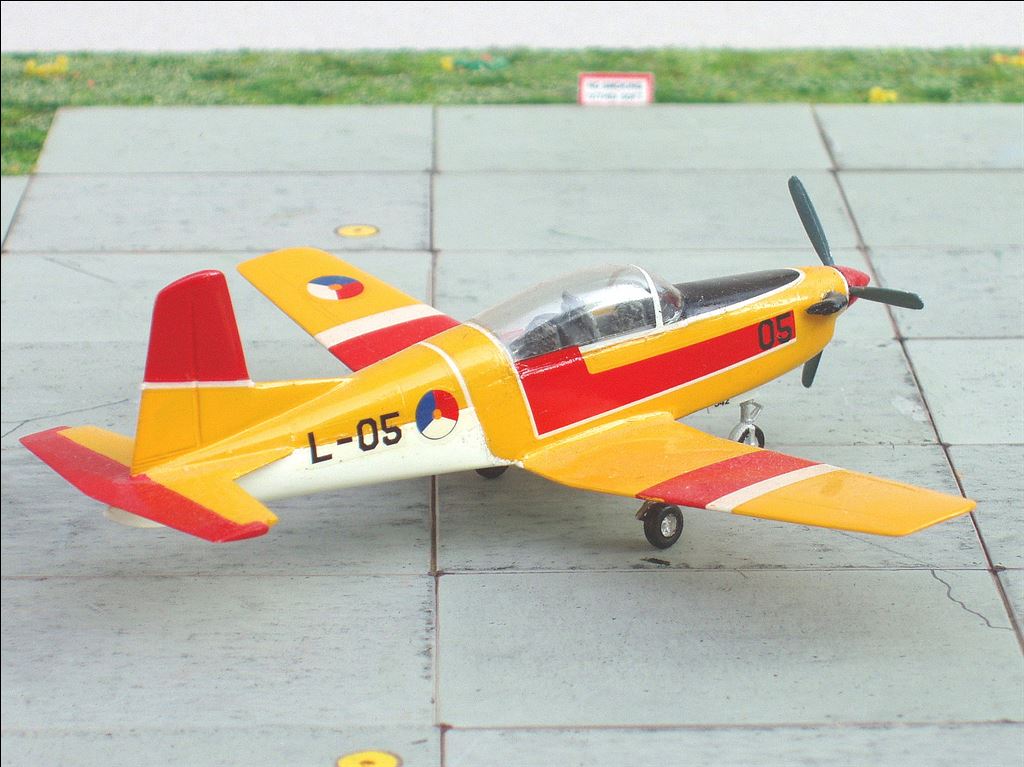 A model of a Pilatus PC-7 Turbotrainer, built by Adri Kleijn.


Since about 2007 the PC-7 has an new overall black colour scheme. This scheme was first applied to Pilatus L-01 in 2004.
This colour scheme is chosen because of flight safety. Research has shown that a black silhouette shows a better visibility against the sky than the earlier colour scheme of yellow and red.

Pilatus PC-7 in the delivery scheme

Pilatus PC-7 in the second scheme of overall black, applied from about 2004 (at least Pilatus L-01 had this scheme applied) .