The Rumpler C.IV was a two seat reconnaissance aircraft and developed from the Rumpler C.III, and differed from it by revised tail section and the engine, a 260 hp Mercedes D.IVa. The aircraft was built under license by Pfalz as Pfalz C.I.

The Rumpler Cc.IV was developed because of new specifications of IDFlieg in autumn 1916, for a high performance reconnaissance aircraft, which had to be capable of carrying the newly developed "Reihenbildkamera". The aircraft operated from a height of about 6000 m.

The Rumpler C.IV suffered problems with the construction of the fuselage, causing delay in production. Many aircraft were returned to the factory for modifications. In May 1917 the Rumpler C.IV entered operational service.
Because of its good performance it was kept in service until the end of the war. About 2000 examples were built.

The Rumpler 6B-2, was a single seat float version with a 160 hp Mercedes D.III.


An aircraft of this type landed near Beegden-Horn on November 12, 1918, just one day after the end of the war and was interned as R481. 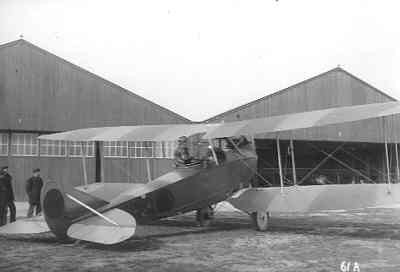 
The Rumpler C.IV had the standard German colours of that period applied, overall green with a lilac mottled pattern.