The Sea Otter was developed to succeed the Supermarine Walrus and made its maiden flight on September 23, 1938.
It had a great resemblance with it predecessor, but was equipped with a pulling air screw.

The Sea Otter was also faster and had a larger range.

The Seaotter was used by both the RAF and the Royal Navy for Air-Sea Rescue (ASR) and patrol work.
Ultimately, there are 290 units built, all by Saunders-Roe, as Supermarine did not have any capacity available.


The RNlNAS bought at the beginning of the fifties eight Sea Otters. Three of these were originally civil aircraft, the others were ex RAF. The RAF aircraft were revised at Supermarine. Two aircraft were equipped with a hook, for deck landing on the aircraft carrier Karel Doorman.
The Sea Otters were part of 320 squadron at air base Valkenburg.
During the late fifties three other civil aircraft were bought. These aircraft were dismantled for spare parts.
The last Ex-RAF Sea Otter, serialled R-08, was deliver in December 1950. In the same period the aircraft were re-serialled with L-serials. It is very likely that the new serial was applied to R-8 in England.
The first Sea Otter, L-4, was withdrawn from use in February 1951, because of its bad technical condition. The L-4 was replaced with L-2, which had been stored.
April 24, 1952 L-6 landed on the Westeinder lakes and made a nose cog and had to be written of because of the great damage.
L-5 crashed on July 24, 1952 near Moerdijk, killing one of the crew W.H. Brusse.
L-3 was withdrawn from store to replace both aircraft.
May 1951 the OSRD (OpSporings- en ReddingsDienst = SAR-flight) was raised as part of the RNLNAS (MLD).
The Sea Otters from squadron 320 were transferred to this flight. When 320 squadron transferred to the Lockheed Harpoon, the Sea Otters went to squadron 5, mainly a training squadron. Later the new squadron 8 received the Mitchells and Sea Otters from squadron 5.
February 1953 the Sea Otters made many rescue flights. August 1953 the remaining Sea Otter were all with drawn from us.
Their SAR task were taken over by Catalina’s P-212 and P-214 and Sikorsky S-55 H-2 and H-4. 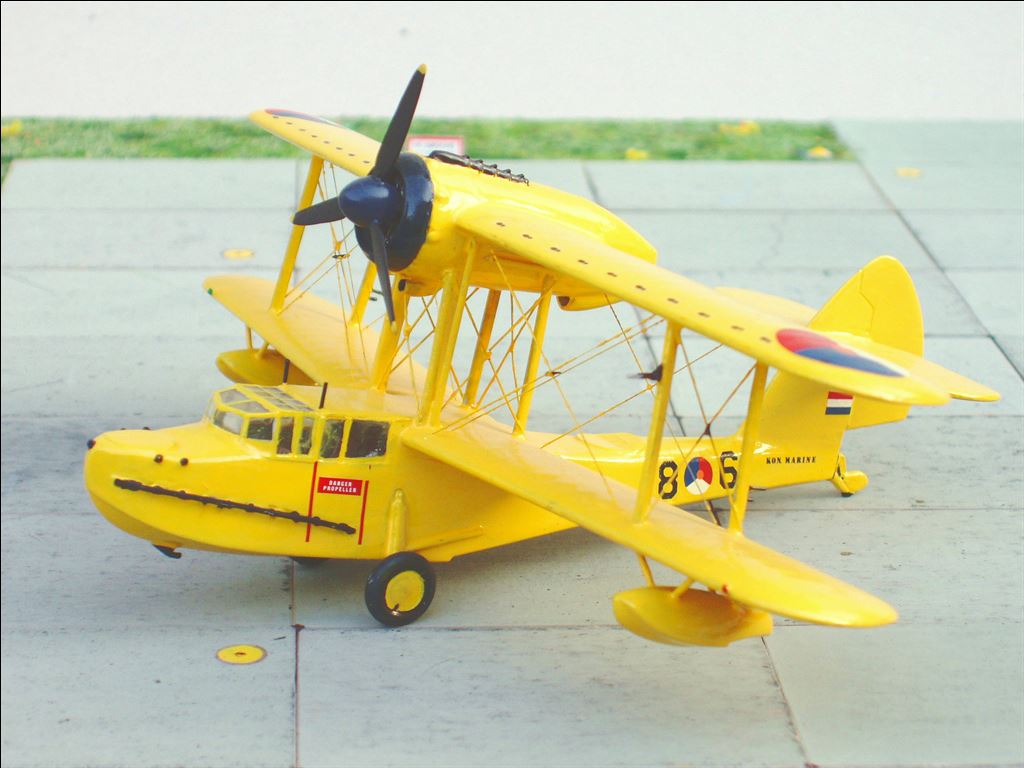 A model of a Supermarine Sea Otter, kit used is the Aeroclub kit, built by Adri Kleijn.