Soon after the introduction of the Lockheed Starfighter within the Royal Netherlands Air Force, the type was flown during a parent day at air base Eindhoven.

This year the Dutch Air Force celebrated its 50th birthday on July 1 during the Open Day at Soesterberg air base. The Lockheed Starfighter was then flown on a large scale, namely no less than twelve aircraft in three formations of each four aircraft.

During this period, the Starfighter was also demonstrated during Open Days of the Dutch Air Force.

Later that year, on the occasion of the 25th anniversary of 322 squadron on September 14, 1968, a display was flown with a Starfighter by captain De Ridder.

Early 1974, the Dutch Air Force received a request from England to participate in the so-called "Battle of Britain Days".

Now air base Volkel was assigned to take care of a display with the Starfighter. Until that time, it was always done by the squadrons of the Leeuwarden air base.

Together with an experienced test pilot and the air safety officer, the program was studied and discussed. After a short period of about two weeks, Van der Werf flew his first show over RAF base Finningley on September 21, 1974.

This show made very much impression, especially because the Starfighter did not have such a good name.

In the years after, Van der Werf performed many shows at home and abroad.

In 1978, the Dutch Air Force was 65 years old and Van der Werf received a specially painted machine, D-8091. This was fitted with a red-white-blue tail. The first performance with this aircraft was on June 17, 1978 during the Open Day at airb base Deelen. 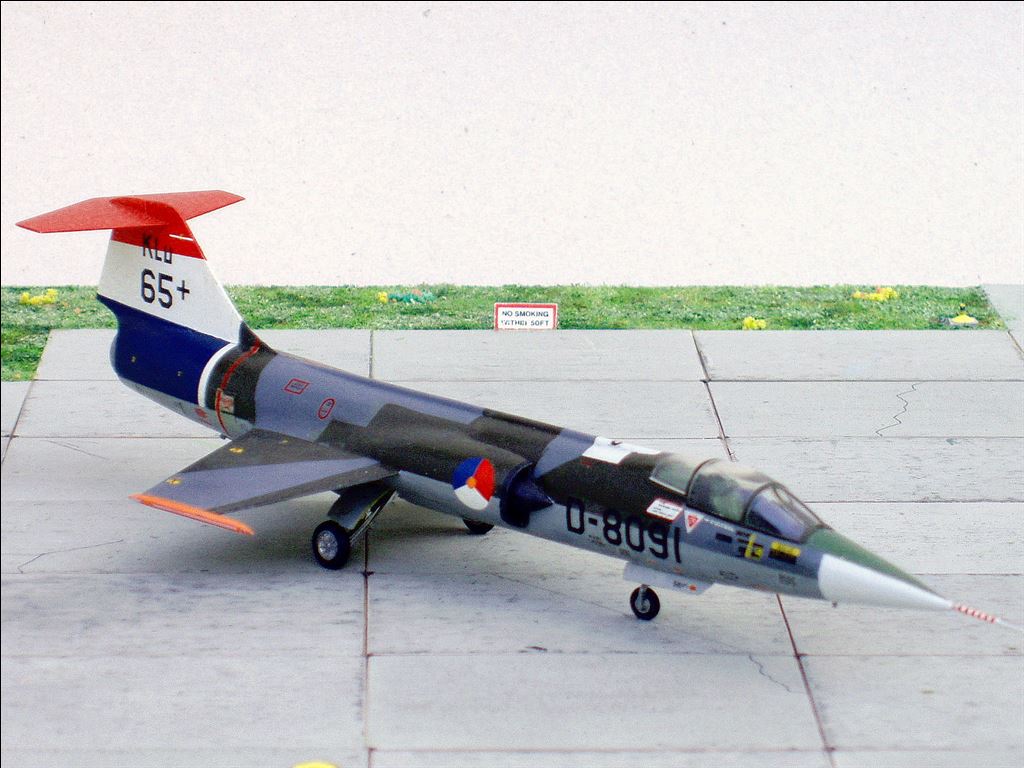 1979 was Hans van der Werf's last year to fly with the Starfighter. This year he also had a specially painted aircraft, the D-8331. This was fitted with a red-white-blue rudder and a shark mouth.

When Hans van der Werf left the Royal Netherlands Air Force in October 1979, he received a satisfaction statement from the Commander of the (Dutch) Air Forces for "representing the KLu in a very good and worthy manner, by the F 1975 in 1979 with the F -104G, to provide pre-flight demonstrations at international and national fly shows. These demonstrations showed very high professionalism and were carried out with great personal dedication and devotion. "

The years after that, the Starfighter was still flown at shows, but because the type was to be phased out and replaced by the F-16 in the early 80's, these displays were slowly reduced and so came an end to an era.