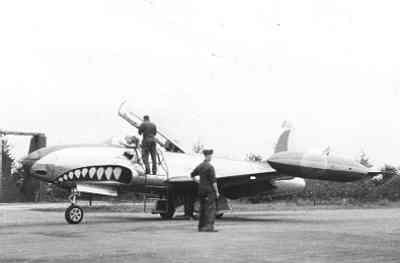 
The aircraft were initially in the standard colour scheme for the Dutch jet trainers in the period 1953 en 1959.
The back of the fuselage was roundel blue, the vertical stabilizer had a red shark fin applied.
The inner sides of the tip tanks were matt dark green, the outside had three colours applied, from top to bottom roundel red, trainer yellow and roundel blue.

There is some debate in the circles of aviation historians about the colours and the scheme shown below.

However H. Groeneveld, author of the book (published in May 2015) on the Lockheed T.33 of the Royal Netherlands Air Force, has interviewed a number of people, including K. von Eugen and based on their information the colour schem shown below has been composed.

Furthermore, there appeared to be some minor variations between the individual aircraft and also in time. Whil e some aircraft still show (partly) the ejection seat marking, (most) other other aircraft don't. Also a photo of unknown date was disovered which shows a different eye  [this scheme however I haven't set up, because  too many is unknown.]

Colour scheme of an aircraft of the Skysharks display team. 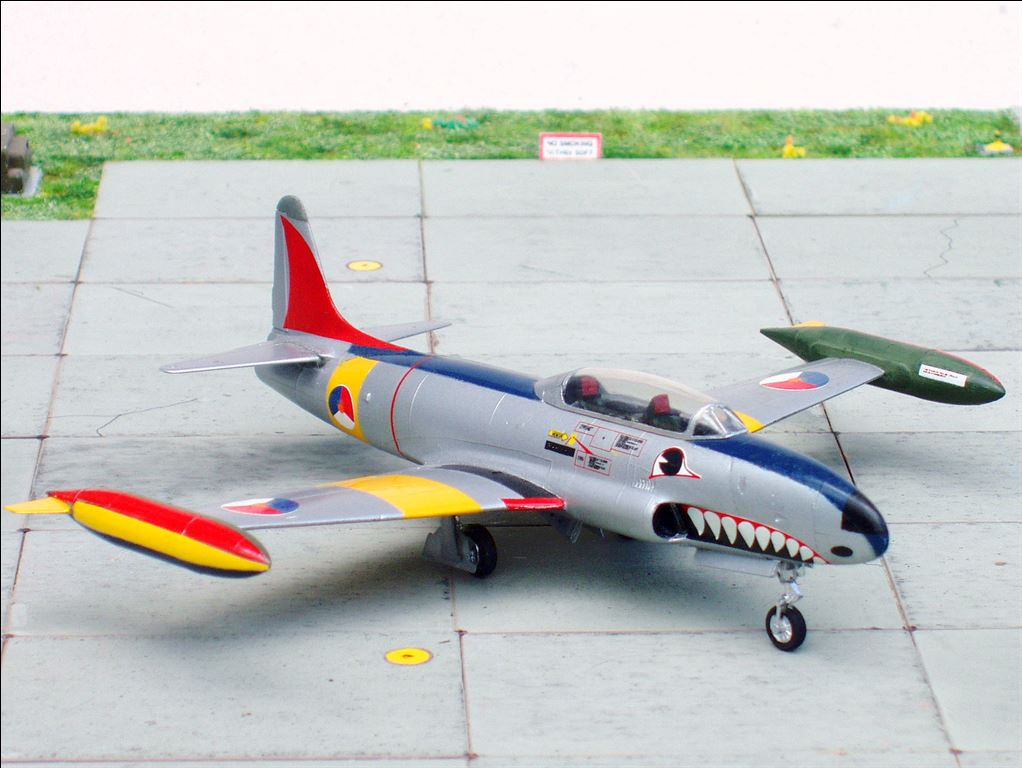 A model of a Lockheed T-33A of the SkySharks display team, built by Adri Kleijn.

Special thanks to A. Kleijn for delivery of the basis text for this article. I wish to thank also mr H. Groeneveld and P. Sturm for their research and corrections of my original profile.