Initially (the precursor) of the team flew with the Gloster Meteor because af the annual stunt competition at airbase Woensdrecht. The team, flying with five Gloster Meteors, with leader captain Van West, closed in the bottom. Later that year, a demonstration was flown during the first certification ceremony of the year.

Soon Flt. Geoffrey Willson became the new leader of the team. As the instructors used the call-sign "Whiskey" (the students used "Lipstick"), Willson decided to call the team 'Whisky', (Willson was Scottish).

In 1958 the Gloster Meteor was replaced with the Lockheed T-33A of 313 squadron.

Captain Peter Wierikx became the new leader of the 'Whisky' team, as Willson returned to the RAF.

The team now flew with four aircraft, so soon the team was referred to as 'Whisky Four'.  After a while  De Vrij became the new leader of the team. During his period of leader ship the team went to the UK for a show because of the "Battle of Britain".

In 1965 (?) at the European stunt competition the team received the second prize, just after the Champion, the Italian Frecce Tricolore, flying with the Fiat G-91.

Whit Monday, June 8, 1965, was a black day for the team. During a show at Woensdrecht captain Ruud Liem with M-46 and captain Hans Sommer with M-57 crashed. Sommer hit some trees with his right wing, causing an explosion. Due to this explosion the M46 lost part of its wing and also crashed.

In 1966 the aircraft of the team were sprayed in the well known green and white colour scheme. Due to a busy training program and transfer to airbase Twenthe, the team was soon disbanded. 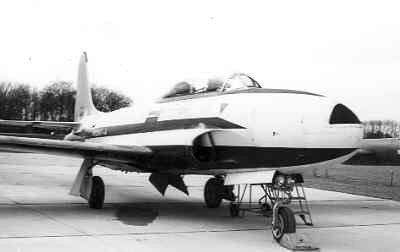 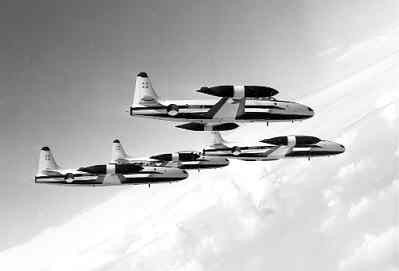 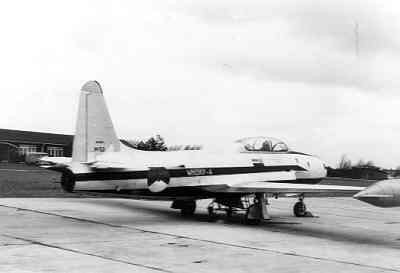 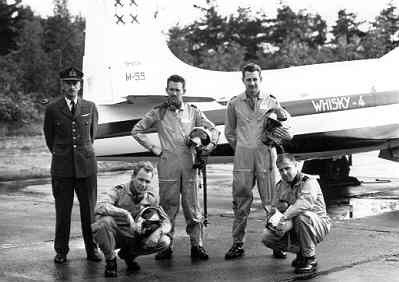 Colour scheme of an aircraft of the Whisky Four display team in 1966. 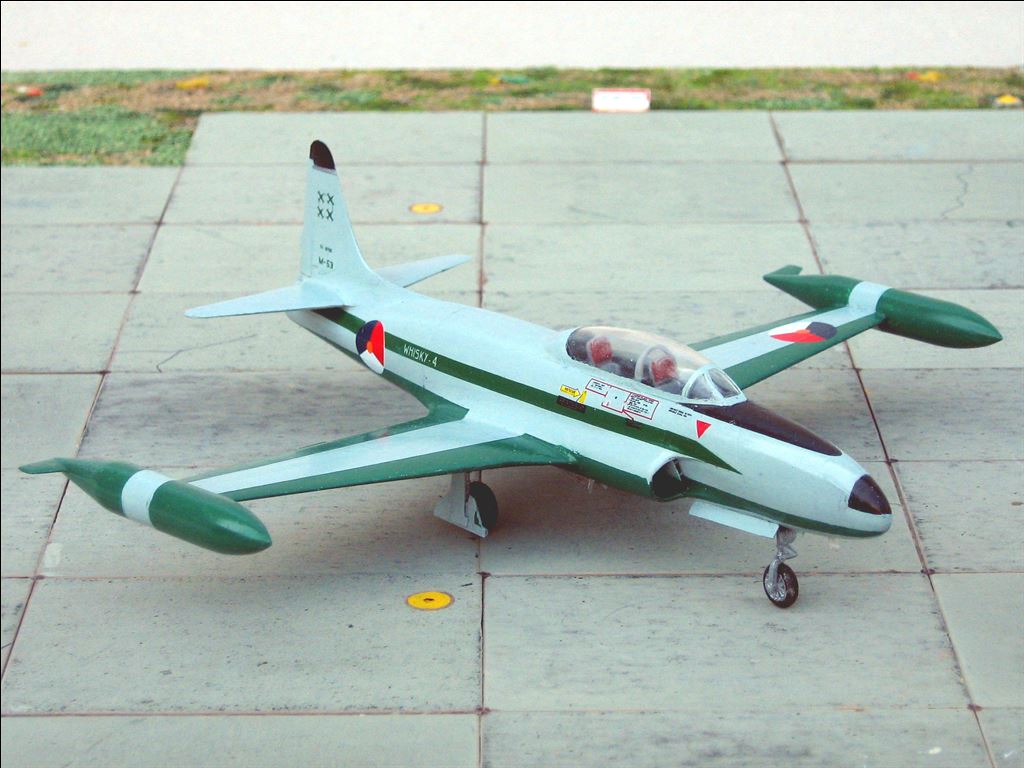 A model of a Lockheed T-33A of display-team Whiskey Four, built by Adri Kleijn.