This model was developed based on specifications of the US Navy from 1952, drawn up for a larger successor to the Sikorsky H04S-3 (Sikorsky S.55). These had also to be suitable for anti-submarine warfare.
The contract for the construction of the prototype, equipped with a Wright R-1820 radial engine of 1137 kW was received in June 1952.
The first flight was made in March 1954 had and the new helicopter had received the designation XHSS-1.
The first production machine was its first flight on September 24, 1954.

The production version HSS-1 Seabat, equipped with "dunking sonar" and ASW equipment, first flew in August 1955 and was operational in August 1955.
The HSS-1N (SH-34J) was suited for night operations and for use in bad weather and was equipped with Doppler Navigation; automatic stabilization and ditto hoover possibility.

In January 1957, the only HSS-1F equipped with two General Electric T58 turbine engines, made its first flight.
HSS-1 / SH-34 and HSS-1N / SH-34J Seabats which were stripped of their ASW equipment were later designated as UH-34G, respectively UH-34J.

In 1962 the multiplicity of type definitions was standardized in the uniform DoD marking system.
The HSS-1 was designated as SH-34G. The HSS-1N received the designation SH-34J.

The United States Marine Corps in October 1954 placed an order for the HUS-1 Seahorse, which could carry 12 marines. This enter service in February 1957.
Four examples were adapted for use in the Arctic and were designated as HUS-1L (LH-34D)
Some HUS-1 aircraft were equipped with an inflatable float system and designated as HUS-1A.

The US Coast Guard also used a number of examples in use as HUS-1G.
After 1962 these were designated as UH-34D respectively UF-34E.

One HUS-1 was borrowed by the United States Army for evaluation purposes and in 1955 the United States Army ordered the utility transport version, H-34 Choctaw which could carry 16 men. 500 examples were delivered. From 1962 and on these were referred to as CH-34A and CH-34C and differed only in equipment.
In April 1955, the first of 437 new H-34A's entered service.
Later, another 21 HUS-1 were taken from the United States Marine Corps and these were designated H-34A.

The H-34A was the first helicopter safe enough for regular use by the US President.
For this purpose the US Army established in 1957 the Executive Flight Detachment equipped with adapted Choctaws. These aircraft, designated VH-34A, were equipped with sound insulation, luxurious VIP interior design and modern communications equipment.

In 1960 followed a modification program for the H34A and B versions of the USAF and U.S. Army in order to standardize both types to H-34C.
Added were automatic flight stabilization and other improvements.
After 1962, about 190 H-34Cs and 179 H-34As were in use, these were designated as CH-34C and CH-34B. Some were later converted to VH-34C.

The H-34 was also built under license by Sud-Aviation which 110 units built for France plus another nine examples for Belgium.
Also Westland achieved the licensing rights in 1956 and developed the Wessex, a turbine version. Sikorsky continued to build the original version with radial engine.
Only in January 1970 Sikorsky announced conversion kits for retrofitting with the Pratt & Whitney PT6 Twin-Pac turbine engine. The first flight of the S-58T was on August 19, 1970.
The type certification was granted in April 1971.
Sikorsky built 153 conversion kits, until California Helicopter International bought the rights in 1981. Later also offered Orlando Helicopters conversions for the S-58.

The civilian S-58B and S-58D were passengers and freighter versions, and similar to their military counterparts. The S-58B could carry 12 passengers.
Until the end of production in January 1970 were 1820 examples built by Sikorsky in several versions.


All examples, except the 134 and 135 were delivered under MDAP conditions. The H-registrations had been initially reserved for the aircraft, but (in the Netherlands) were never implemented, because the RNlNAS already had changed to a three-digit registration when the aircraft were delivered.

All available models are basically the UH-version. For the SH-version, the ASW version, one had to add several things.
For example, a sonar system has to be installed, the sonar of a British Sea King can be used, as this was the same type.
The torpedo launcher one has to scratch built one and another, as no alternative is available, though Italeri has produced an Italian version of HSS-1N, which had the torpedo launchers added. The Dutch SH-34J's carried only one launcher on the left. 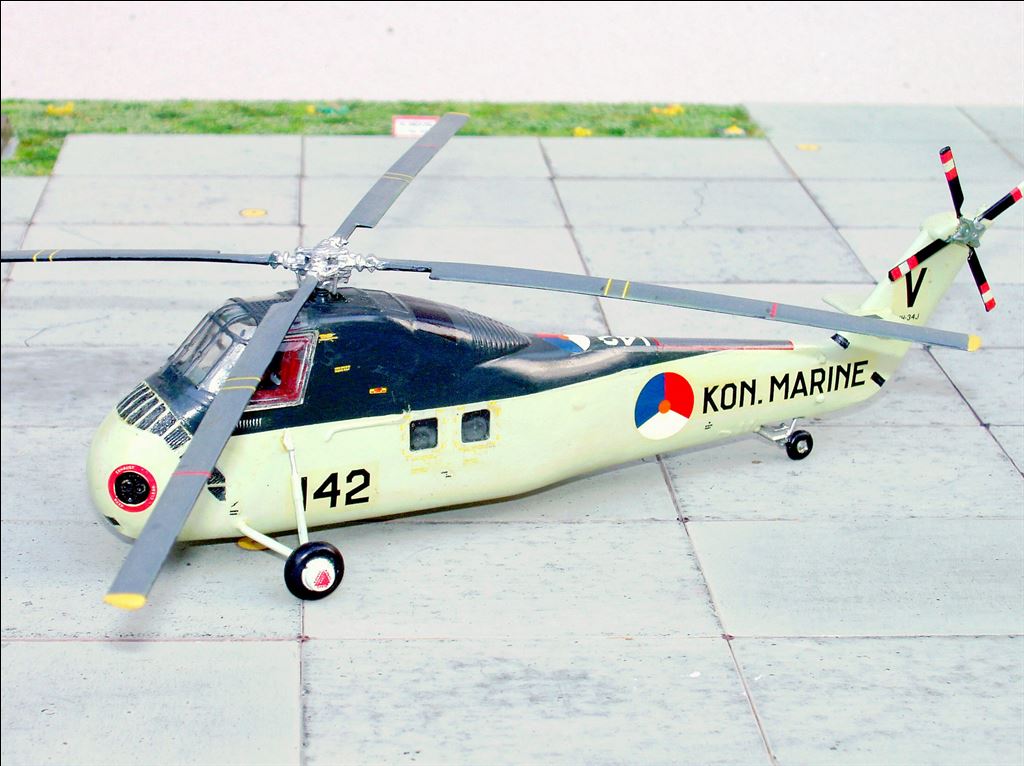 A model of a Sikorsky UH-34J, kit used it the Italeri/Revell kit, built by Adri Kleijn.

Building a model of the Sikorsky UH-34J, by Peter Banis. 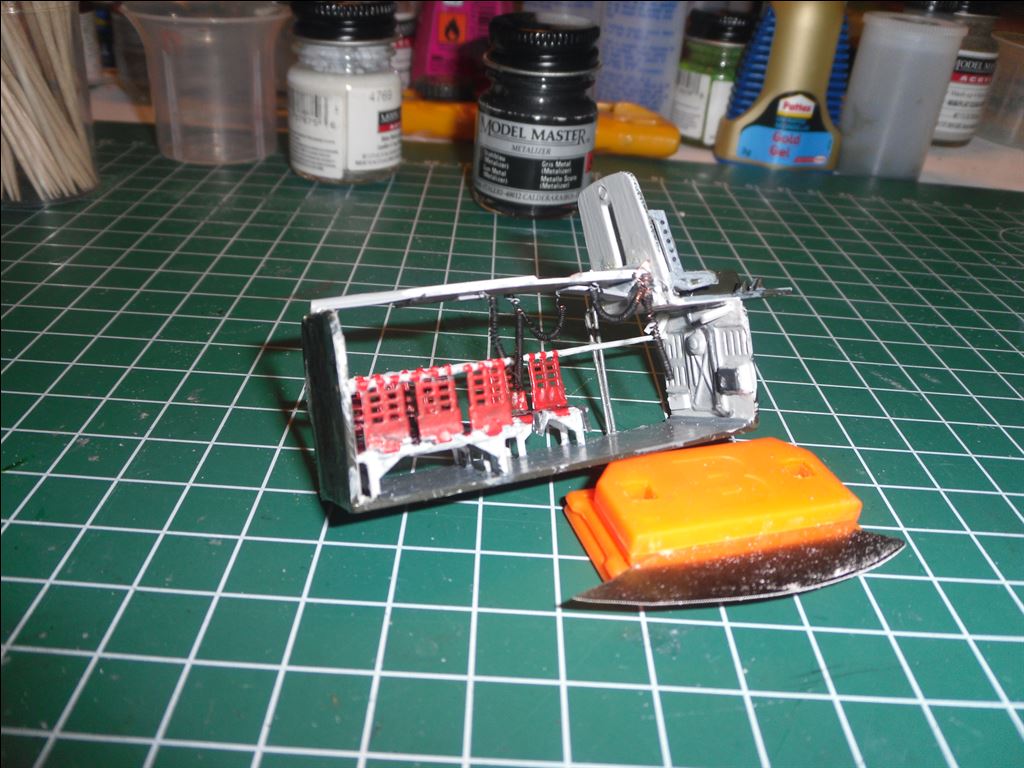 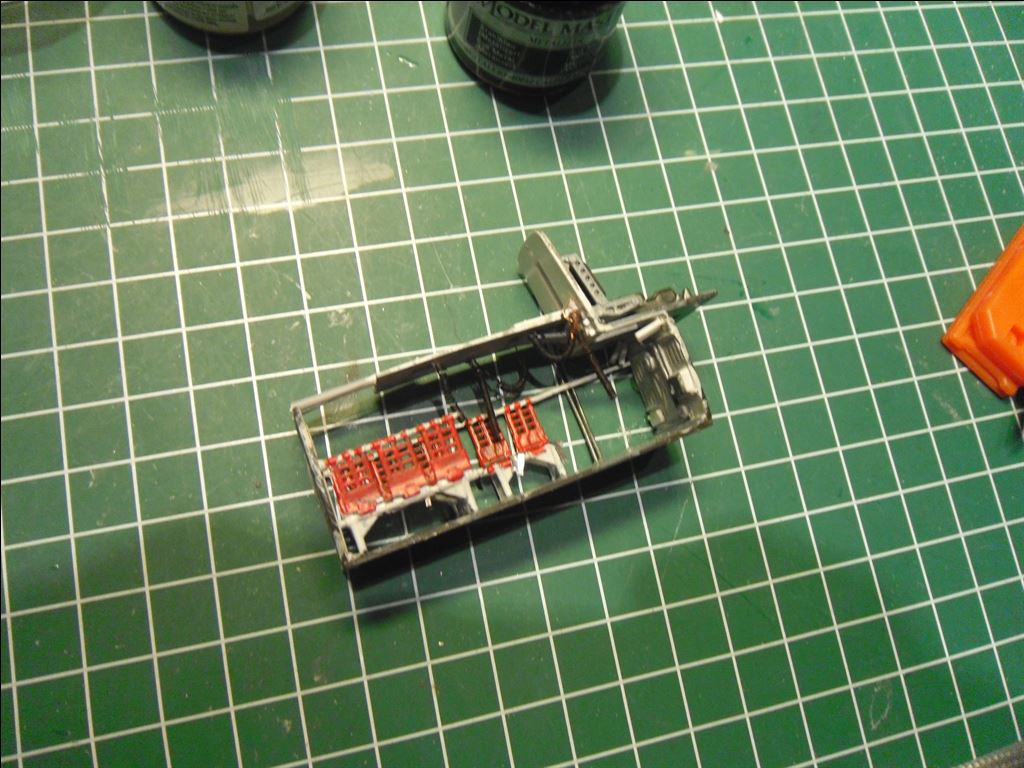 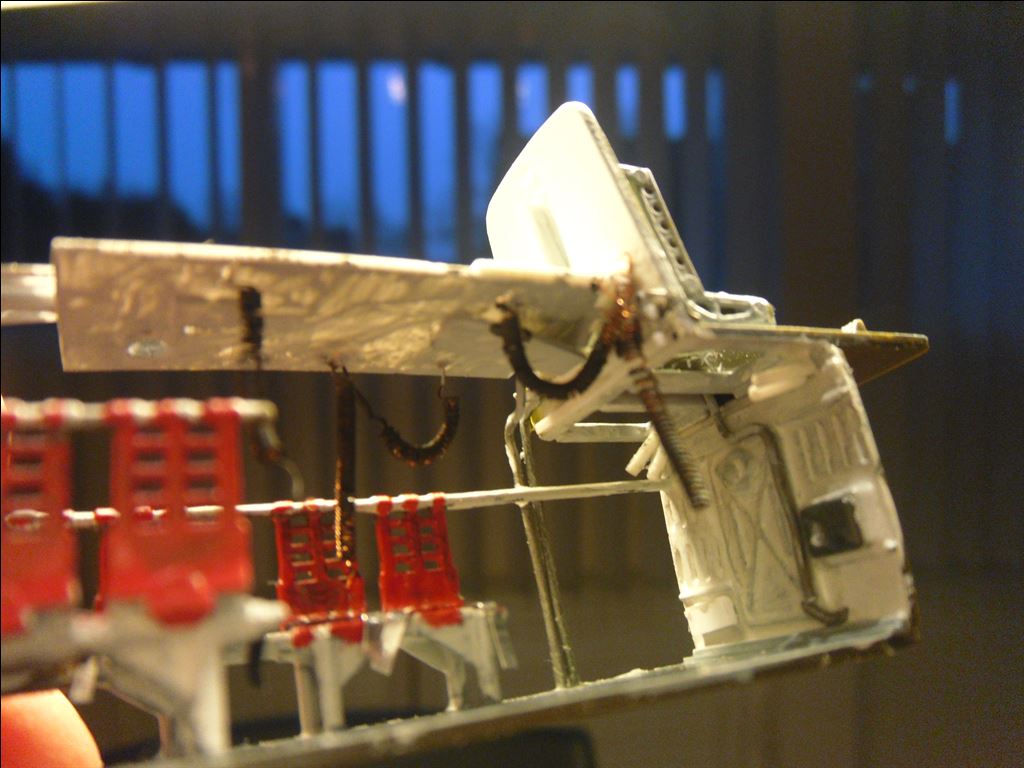 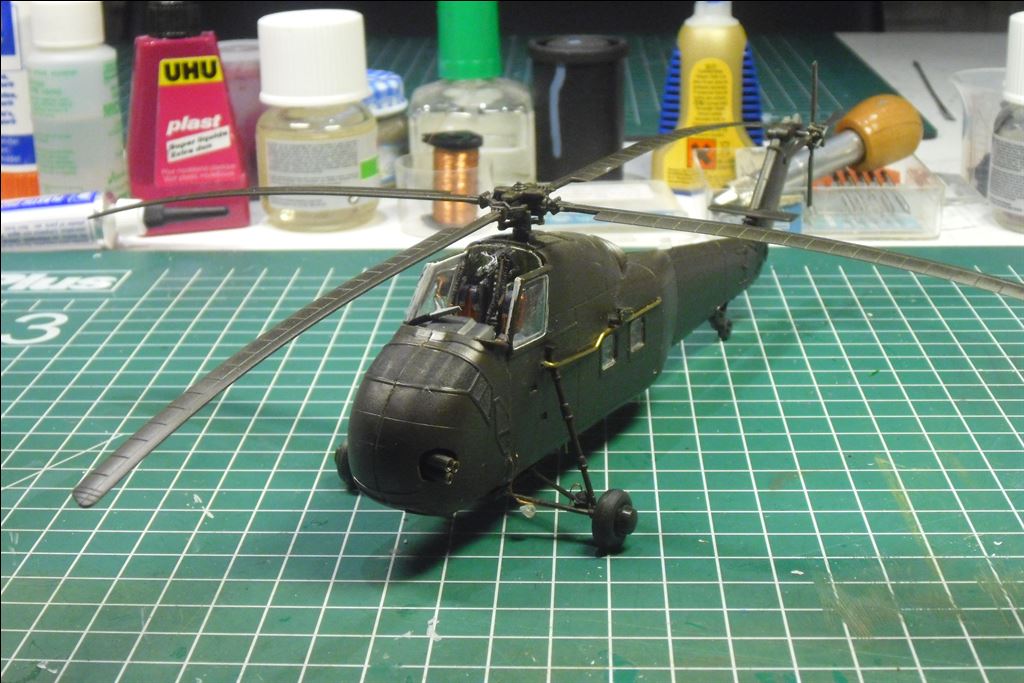 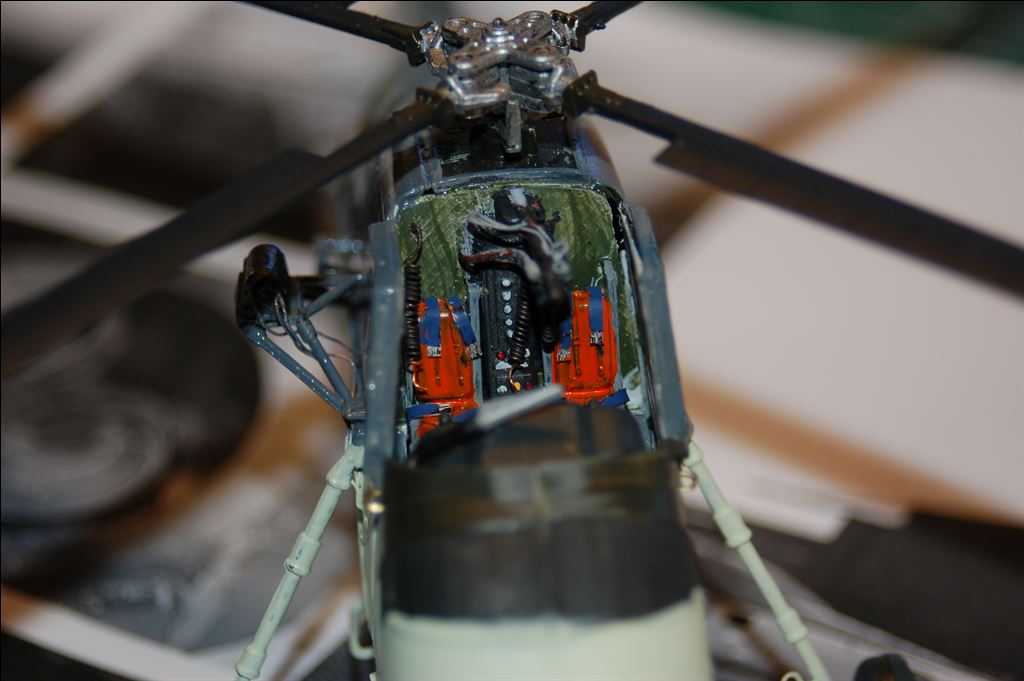 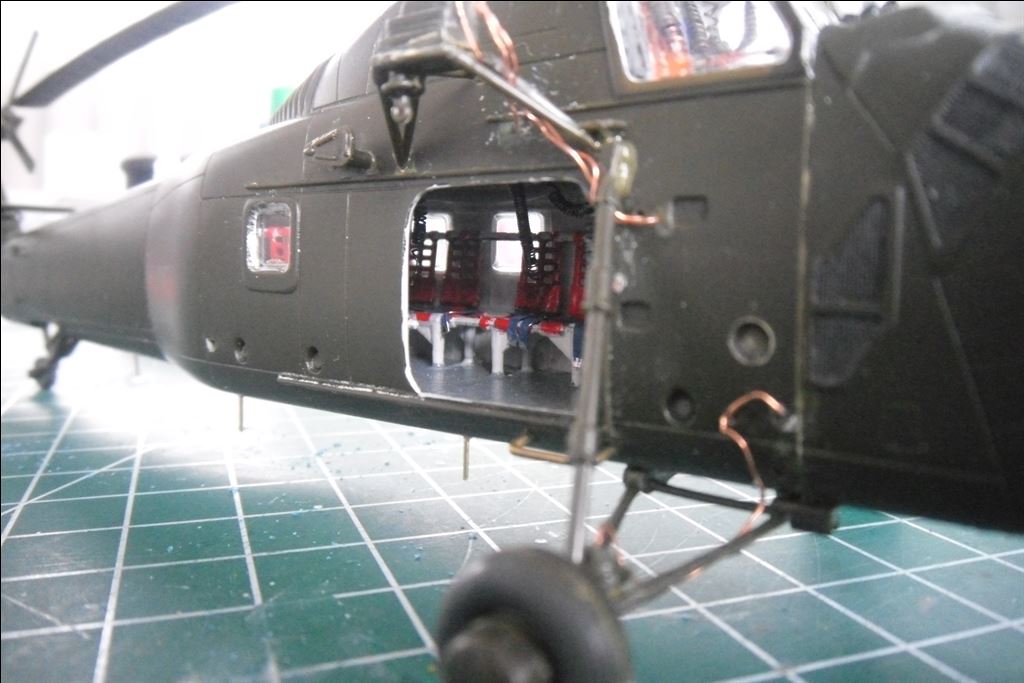 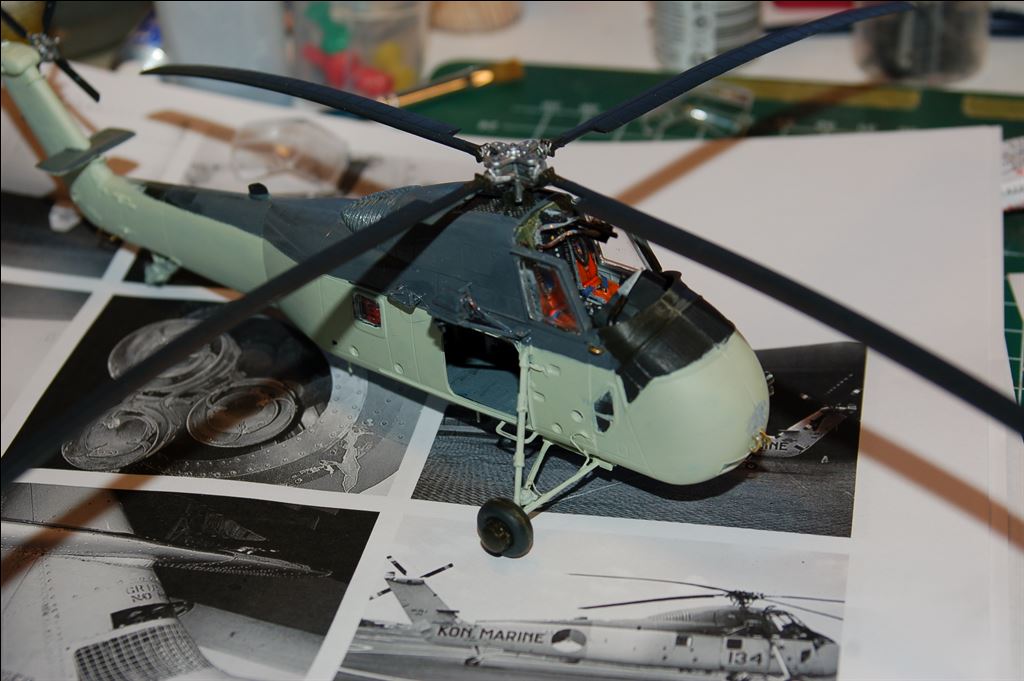 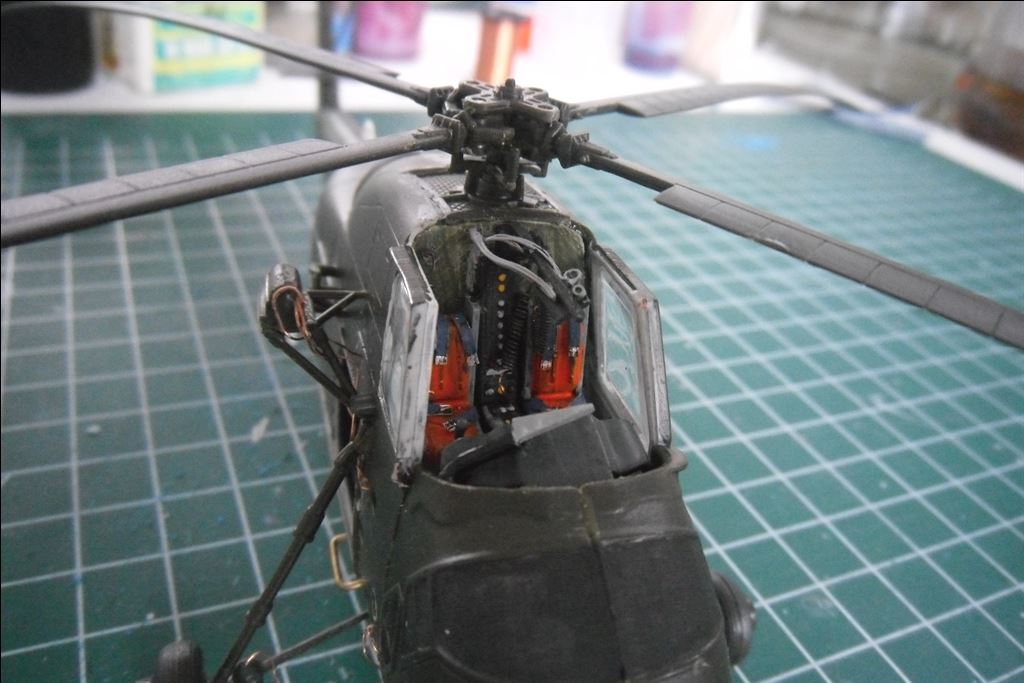 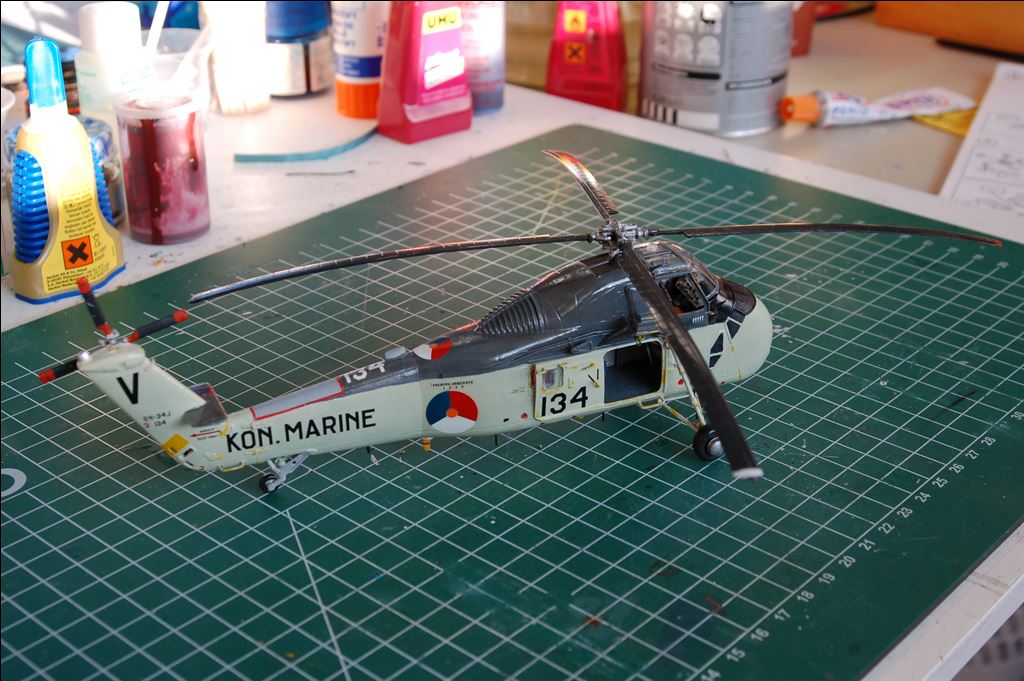 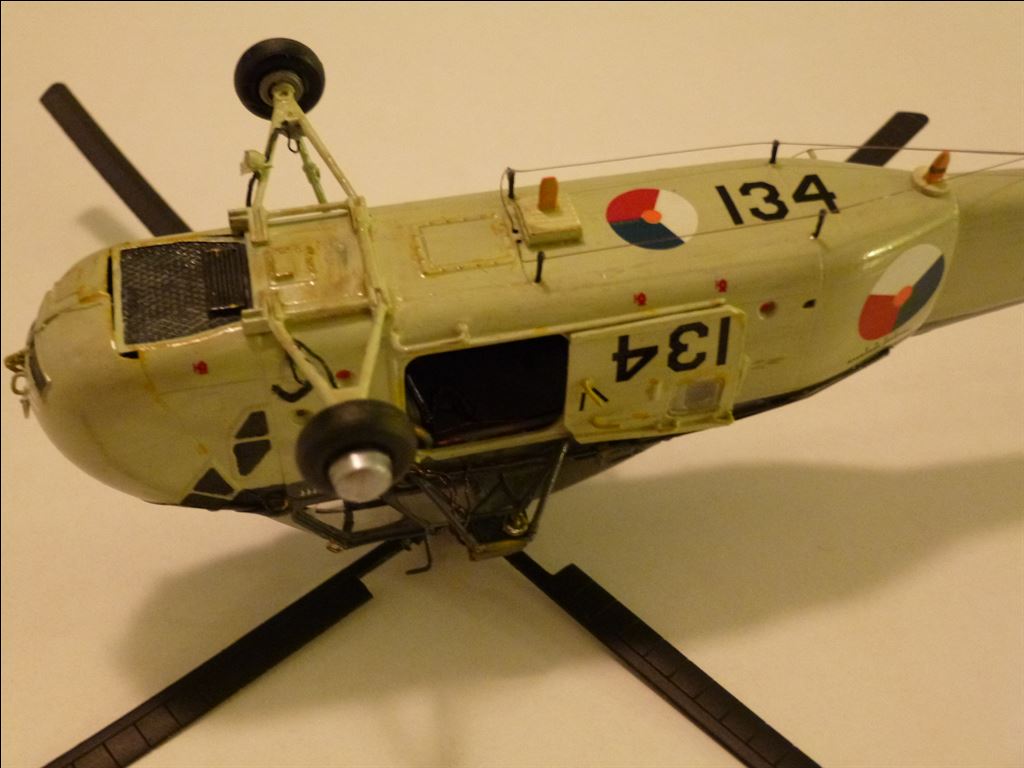 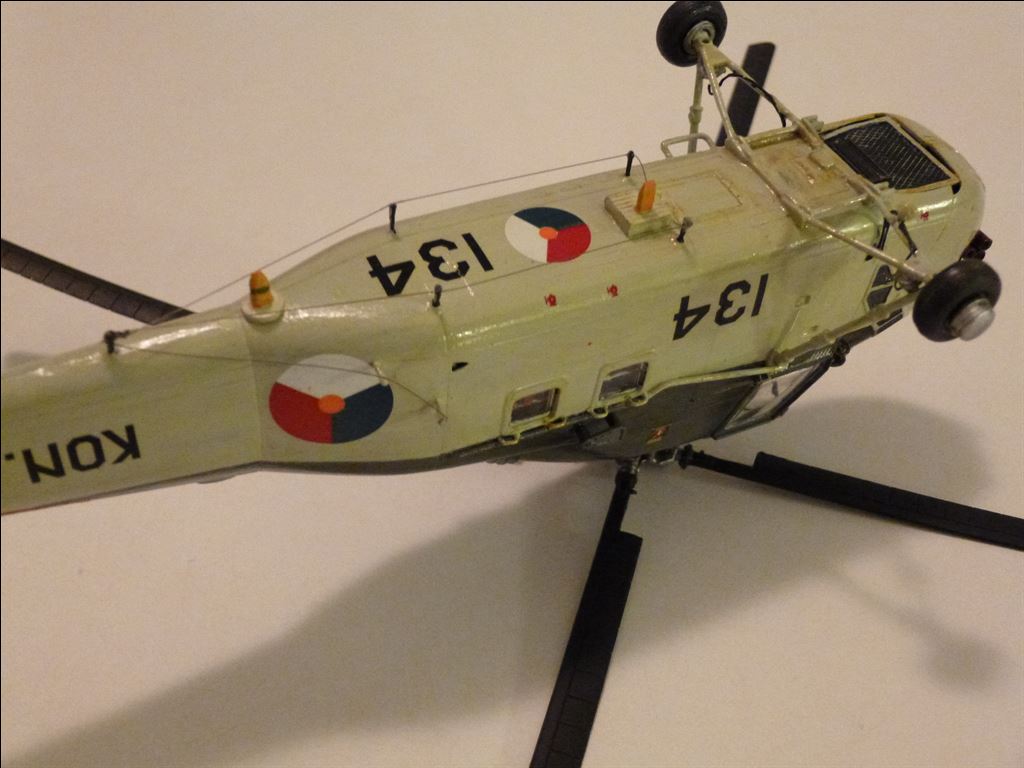 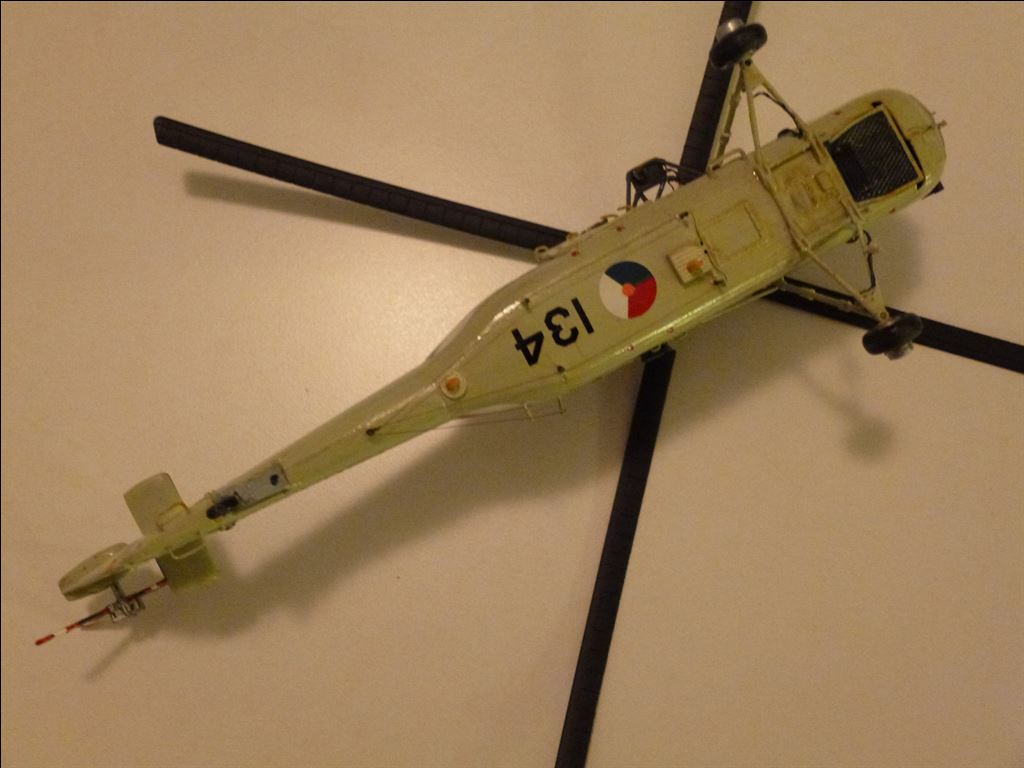 Special thanks to M. Schönfeld who provided me with some information about the conversion of the UH-34J scale models.  Special thanks to  Lt. Kol. b.d. L.M.M. Baltussen for corrections of the serial overview