The development of the Hawker Hurricane started in fact already in 1930, when Hawker designed the Hawker PV3 based upon RAF specification F7/30. The PV3 was in fact an enlarged version of the Hawker Fury.
This design was rejected, so Hawker began designing a monoplane with four machine guns, and powered by a Rolls Royce Goshawk.

On paper, this design was ready in January 1934, but there is no order followed. Chief designer Syndey Camm developed the design further with a retractable landing gear and a Rolls Royce PV-12 engine (later known as the Rolls Royce Merlin).

For wind tunnel tests a 1/10th scale model was built and tested. The tests were satisfactorily and Camm approached the Air Ministry again. This time the response was positive, and there was an assignment for the construction of a prototype.

In November 1934, the Air Ministry released Specification F.5/34, which was based on recommendations by Squadron Leader Ralph Sorley, who stated that fighters should be armed with eight machine guns.
The work on the mock-up was too far advanced to have it adjusted. In January 1935 the wooden mock-up was ready, and with a number of recommendations for some detail changes, the construction of the prototype was approved and a new specification (F.36/34) was written around the design.

In July 1935 this specification was changed and now included the installation of eight machine guns.
On November 6, 1935 the prototype K5083 made its first flight with Hawker's chief test pilot, Flight Lieutenant (later Captain Group) George Bulman.

The RAF trials started in February 1936 and the test results were favourable. The name "Hurricane" proposed by Hawker was approved on 26 June the same year.
Further investigation revealed that the Hurricane had a bad spin-recovery and a modification from the 61st production aircraft was made: an extension of the bottom of the rudder and the adjustment of the bottom of the hull solved the problem.

The Hurricane construction was rather conventional, a metal frame covered with linen. Initially, the wing was also covered with linen.
In April 1939 Hawker introduced an all-metal wing, with which a higher dive speed was possible. Moreover, this wing could handle higher loads.

These wings are also applied to most (operational) Hurricanes.

An overview of the production of the Hawker Hurricane van be found here. 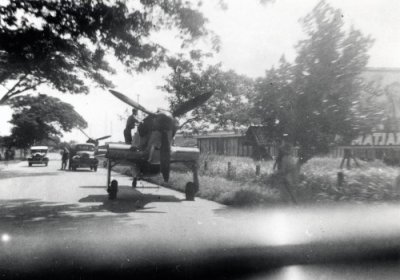 
Serials are not certain. According to P.C. Boer one of the Hurricanes was serialled Z5664. The other Hurricanes might have serials in the Z56 range. In a letter he notes the only known serial to be Z5663.
Via Hans Berfelo I received the following listing:

This list is based on the cargo-list of HMS Athene and English archives, researched by J. van der Wei.
So in fact 38 of the 39 Hurricanes are determined.

Note that serial Z5663 is not on this list, but serial Z5664 is! It is possibly a mistake in his letter??
Perhaps sometimes a photo is found of a Dutch Hurricane. Personally i think it outstanding that thus far in the Japanese archives nothing is found about captured Dutch Hurricanes.

Any information is welcome.

Two models of the Hawker Hurricane, built by Peter Banis. 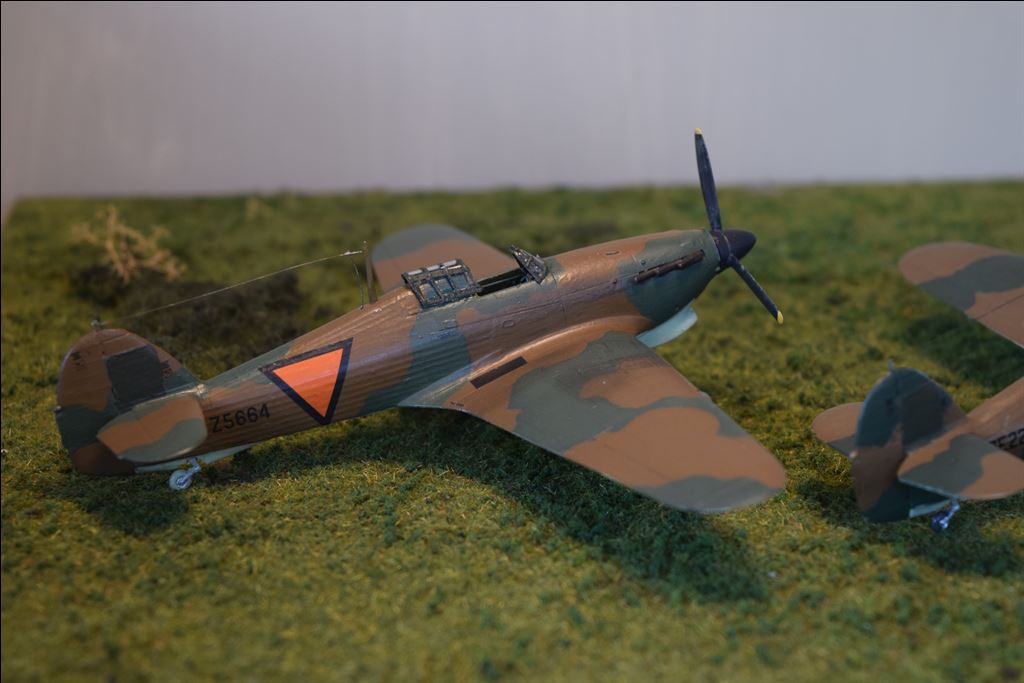 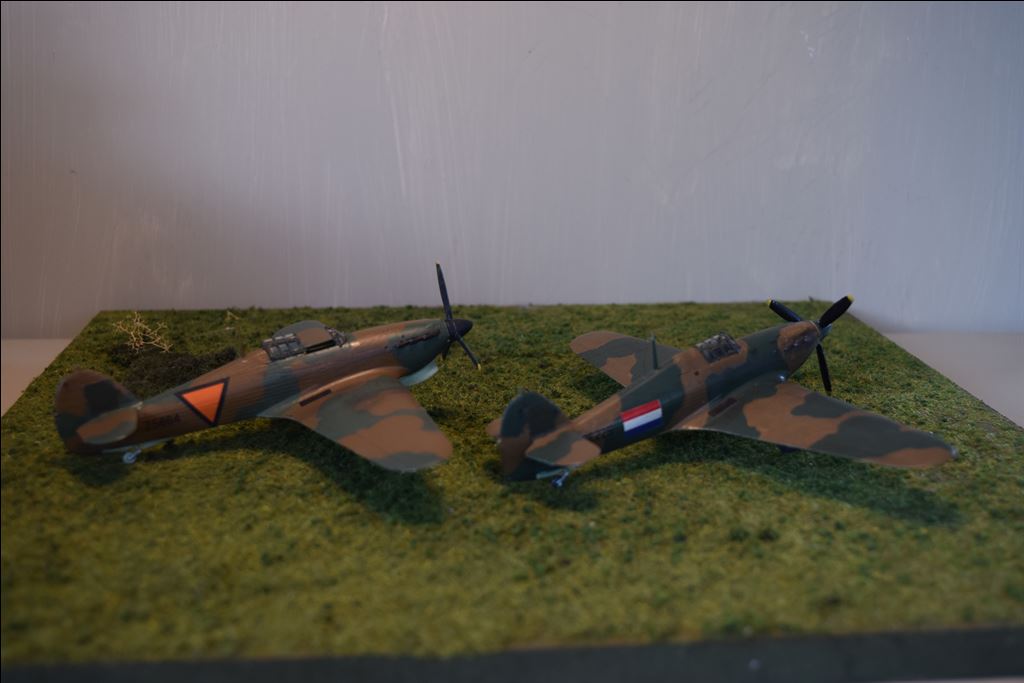 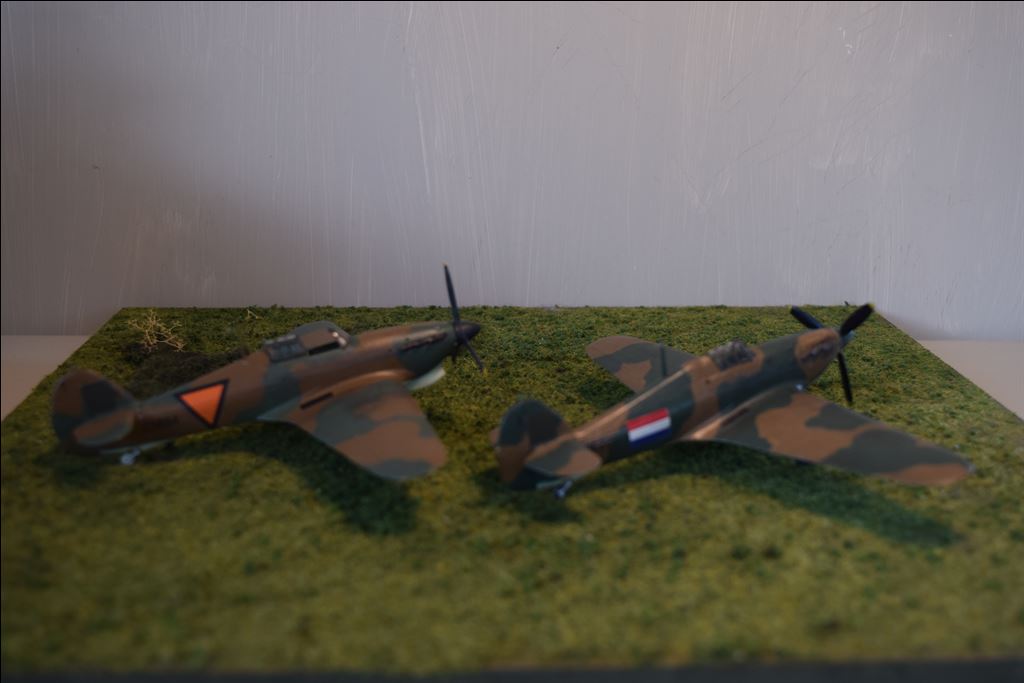 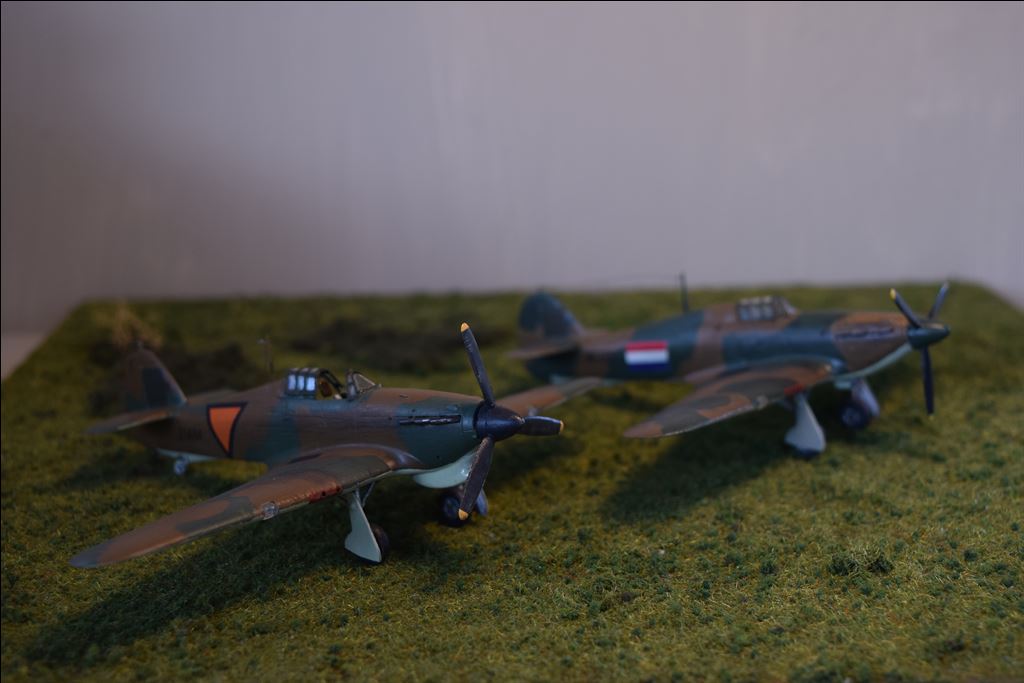 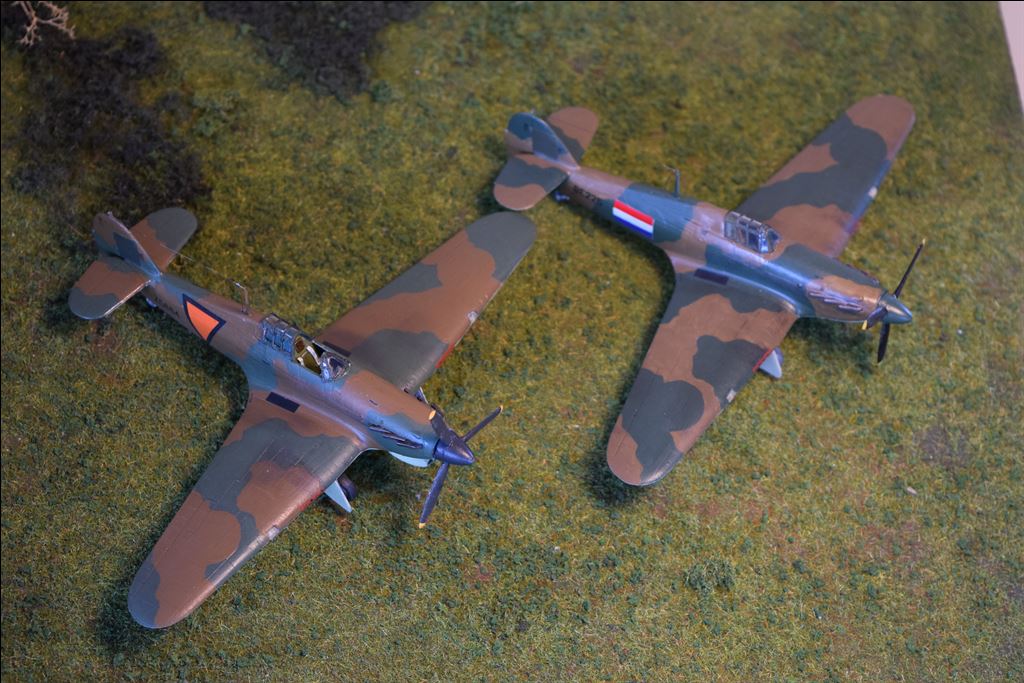 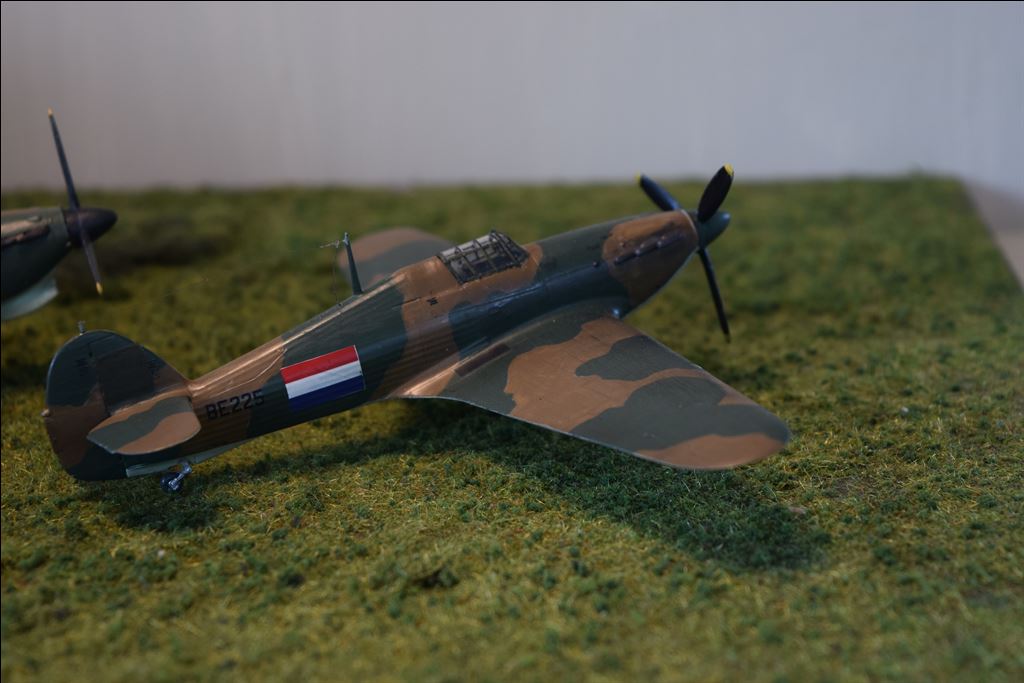 A model of a Hawker Hurricane, built by Adri Kleijn.

A model of a Hawker Hurricane, built by Adri Kleijn.

The Hurricanes were from a RAF batch and had the standard RAF camouflage of dark-green and dark earth on the upper surfaces and sky on the undersides. The spinner was dark green.
[Max Schep has interviewed several former NEIAF personnel. These men confirm these colours.]

It is not exactly known whether the sky bond on the rear part of the fuselage was applied. This was standard on RAF aircraft, such as the RAF Brewsters used in the same area and period.

According to Max Schep the Hurricanes had the flags applied on February 28 when they were being serviced, this is certainly done before March 3.
P.C. Boer mentions that the markings were not applied on the same location as the RAF markings, but more aft, almost against the serial, with just a half letter space left.

This is reasonable with the hurry in mind and the time the paint needed to dry.
The broad of the flags was about 1,67 times its height. The height was approximately the height of the RAF roundel minus the yellow bond. No markings were applied on the upper side of the wings. 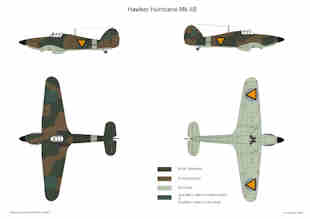