The F-16 replaced the Lockheed F-104G Starfighter as standard air defence fighter, also a bunch of F-16s was modified to be able to use the Orpheus Recce-pod.
This version was designated as F-16A(R) and F-16B(R). With the upgrade to MLU standard al F-16s are identical and the Orpheus pod was replaced with the MARS pod.

During the eighties the Dutch government was looking for a replacement of the old Northrop NF-5 fighter-bomber and soon the decision was made and the F-16 was chosen to also replace the NF-5.

The task of the F-16 has changed from fighter and fighter-bomber to that of a multi-role aircraft. 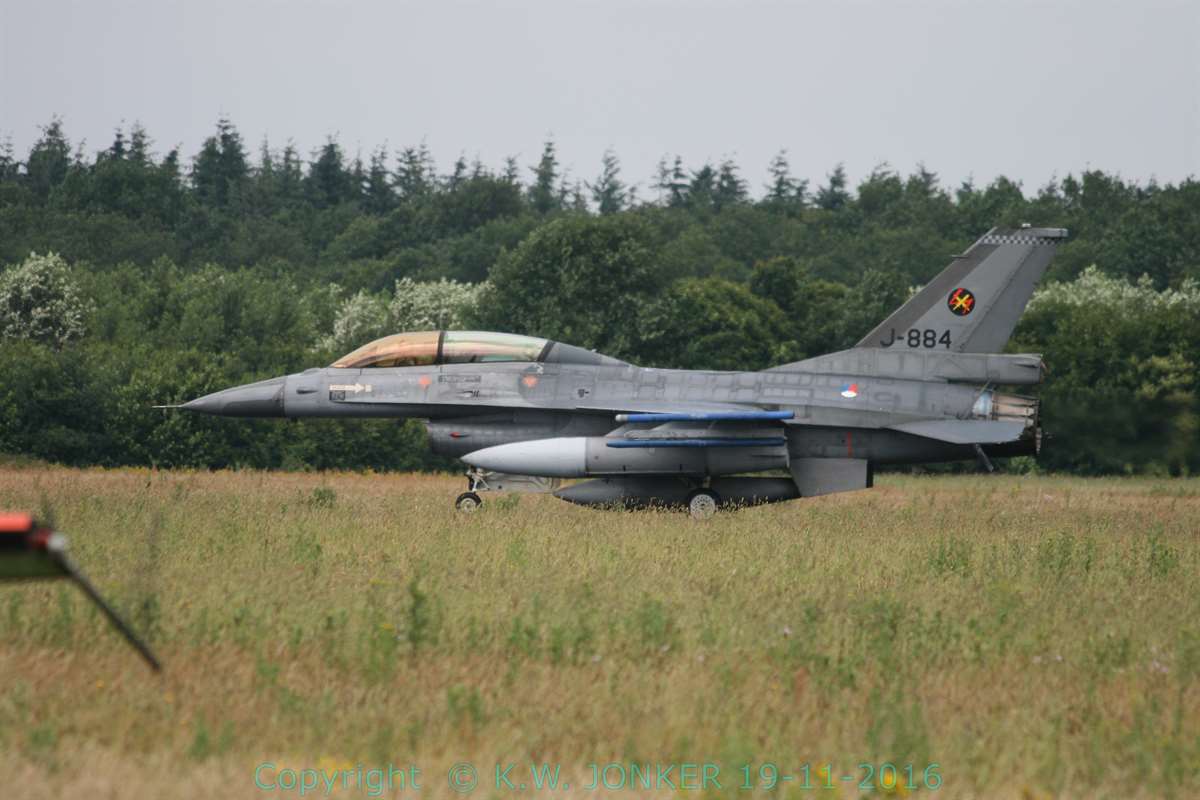 A Lockheed-Martin F-16BM of 312 squadron based at AFB Volkel; photographed at the Open Day Dutch Air Force, June 2007 at airbase Volkel.
Note the combination of toned down and coloured markings on the tail. 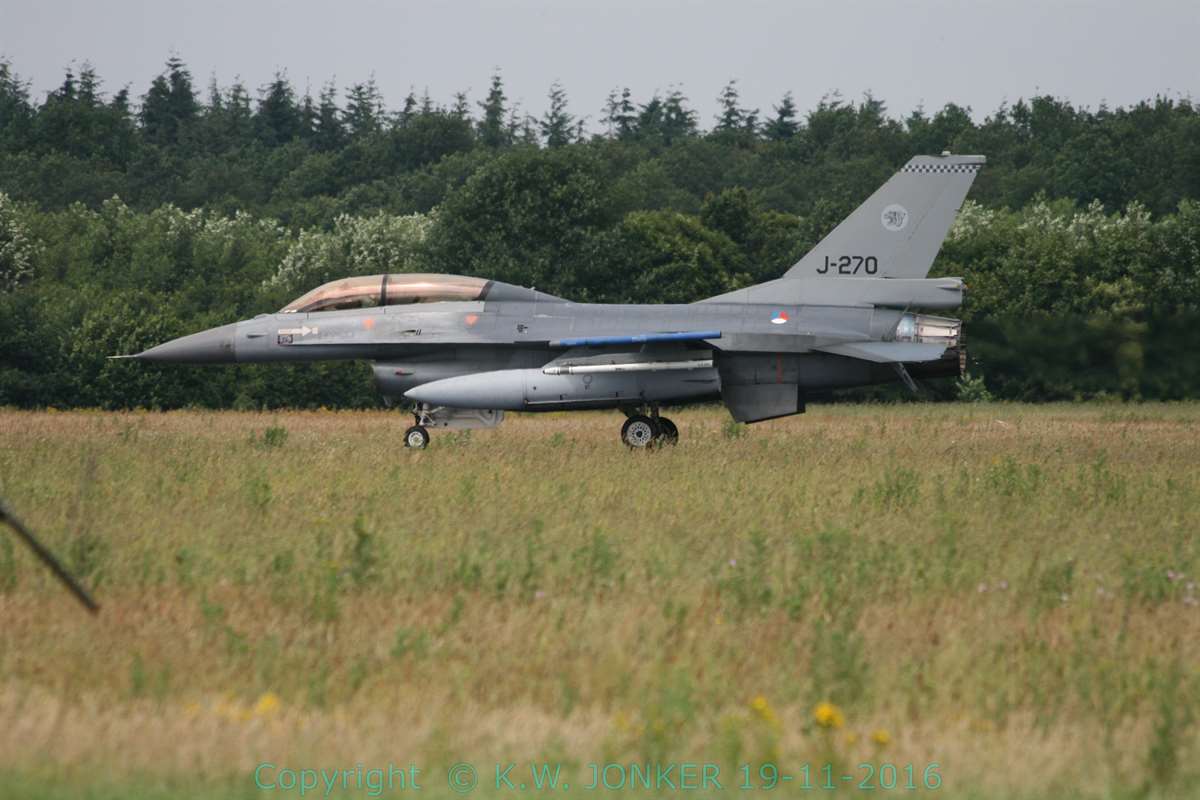 A Lockheed-Martin F-16BM, J-270 of 313 squadron based at AFB Volkel, photographed at the Open Day Dutch Air Force, June 2007 at airbase Volkel.