In August 1937 Northrop was acquired by Douglas. The A-17 was still sold under the name Northrop, however, the export version was sold as Douglas DB-8A.
The DB-8A was also sold to Sweden as DB-8A-1, which had a further 103 aircraft built under license; Argentina as DB-8A-2. Peru as DB-8A-3P, Iraq, the DB-8A-4 and around the DB-8A-5.
Netherlands bought the DB-8A-3N.


In 1935, plans were made to rebuild the defence and the organization of the LVA was re-examined.
The war organization should consist of three air regiments (LVR = LuchtVaart Regiment), 1LVR for air defence and strategic tasks; 2LvR to support the army and 3 LVR for training. 2 LVR would be composed of four reconnaissance groups, designated as I-2 to IV-2 LVR plus one fighter group, V-2 LVR.
The latter would consist of four divisions, two fighter divisions with one seat fighters and two divisions with two seat fighters.
Besides ordering a number of Fokker-types, there was still need for approximately eighteen fighters to equip one  section.
On the market in 1938 there was only the Douglas DB-8A in production, available with three different engines.
There were also the Koolhoven FK-52, Caproni Ca.134 and the Seversky  2 PA available. Of these types there was just only a prototype built.
Fokker and also De Schelde each has two types in development, but these still had to be built.
In October 1938 the Douglas DB-8A in the version with Pratt & Whitney engine was chosen.

After testing a Peruvian unit, On March 14, 1939 a contract was signed to supply 18 aircraft with a Pratt & Whitney R1830 Wasp-SC3G of 1065 hp.
Furthermore, a rotating tub for the observers deemed necessary. The armament, consisting of four FN machine guns would have to be bought by the Netherlands.

Late July the test pilot Coyle made the first flight, which showed that the air intake of NACA cap was inadequate and should be adjusted.

The aircraft, with serial numbers 581 to 599, received LVA registration 381 to 399.
The registrations in the 300 range were assigned to two seat fighters. So the Douglas DB-8A was therefore seen as a fighter.
The 382 and 383 made their test flight in August 1939 and shipped to the Netherlands on August 26, together with the 381.
The 384 to 389 made their test flight in September. Douglas no 386 hit head in the landing and had to go back to the factory for repair.
The 390 to 398 were sent between 8 and 14 November, the repaired 386 finally on 16 November.
The trip lasted about forty days and the first aircraft would be arrived early October and the last aircraft arrived late December in the Netherlands.

The commander of 3-V-2 LVR, captain J.A.Bach took care of the testflight and training.
The Commander of the Flight school has requested a number of DB-8As for the training, but this was not allowed.
The alarm on November 7 November 1939 had many movements as a result.
The LVB had to leave air base Soesterberg. To assembly of the DB-8As was to locations such as Maaldrift, Wassenaar and  sports park
Ockenburg, near Loosduinen.
This last location was chosen, so the fences and the like were removed and there was a makeshift airport of approximately 200 by 600 m was created.
The DB-8A's which were ready to fly, were flown to Ockenburg and the rest was driven via the road to Ockenburg.
On 11 December it was reported that all eight aircraft, of the first two deliveries, were ready and flown back to Soesterberg.
In early 1940 there were also the last ten aircraft were assembled.
During March 1940 the radios were installed.
However, internal communication was not possible, so the crew communicated with each other through the passing of papers.

The cause of this debacle lies in the improper use of the Douglas DB-8A. They were designed as a scout and light bomber, but were deployed here as a two seat fighter, mainly due to lack of appropriate fighter aircraft.
Some aircraft had landed at Ockenburg but there was no possibility to refuel. On may 10, 1940 this field was conquered
by the Germans, but was reconquered.
Ockenburg was not really useful, because it was full with wrecks of Ju-52's.
Finally Douglas 394 to 398 were conquered on Ockenburg, the 397 was heavily damaged.
The 390 was recovered by a scrap metal dealer, who told he was a salver. 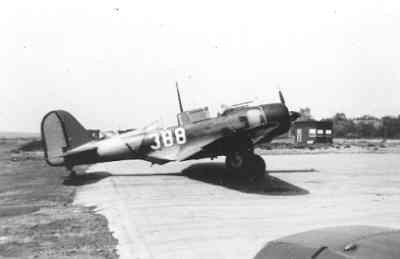 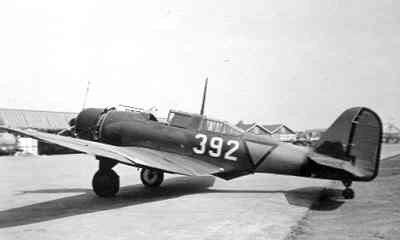 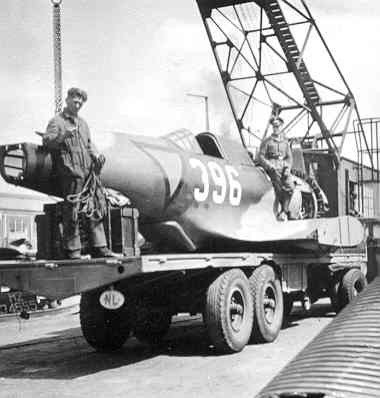 Douglas DB-8A/3N 396 being removed from Ockenburg after the capitulation, May 1940.
[Enclosed photo from BeeldBank NIMH. Click on photo for ordering information] 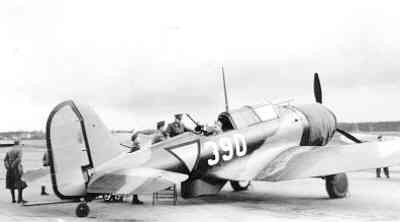 Factory photos. (All aircraft were delivered with the Dutch roundels.) 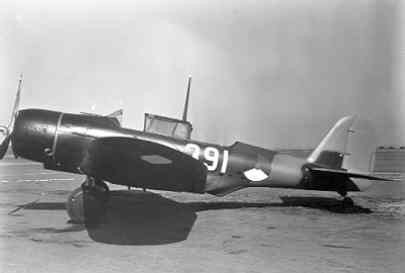 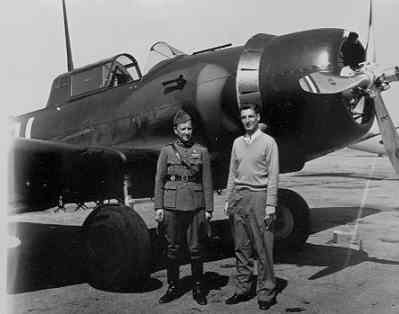 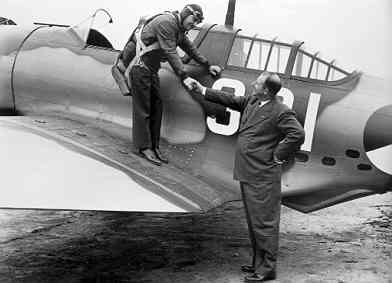 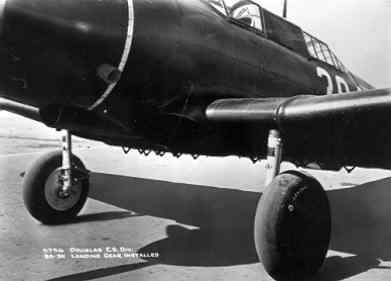 Undercarriage of a DB-8A/3N serial 391.
[Enclosed photo from BeeldBank NIMH. Click on photo for ordering information] 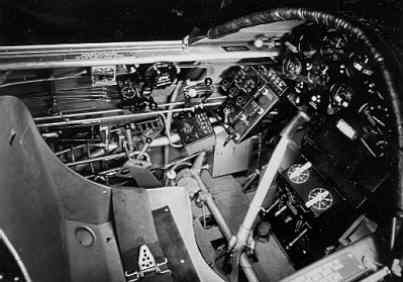 Cockpit of a DB-8A/3N, at El Segundo.
[Enclosed photo from BeeldBank NIMH. Click on photo for ordering information] 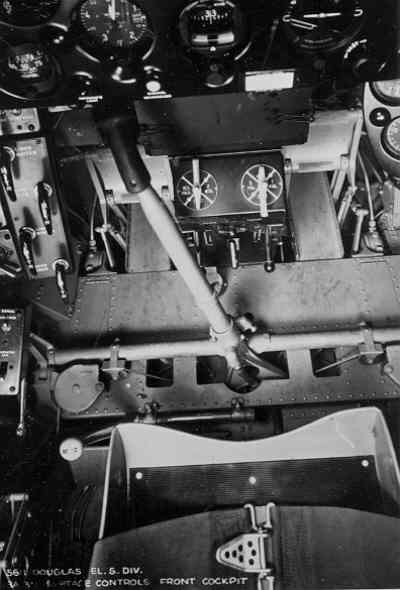 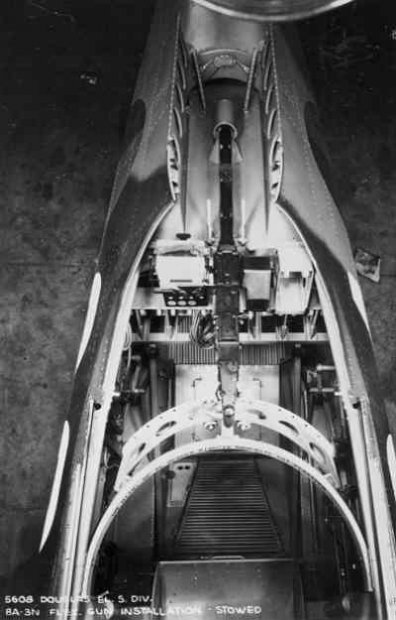 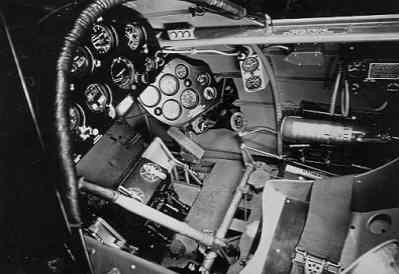 Cockpit of a DB-8A/3N.
[Enclosed photo from BeeldBank NIMH. Click on photo for ordering information] 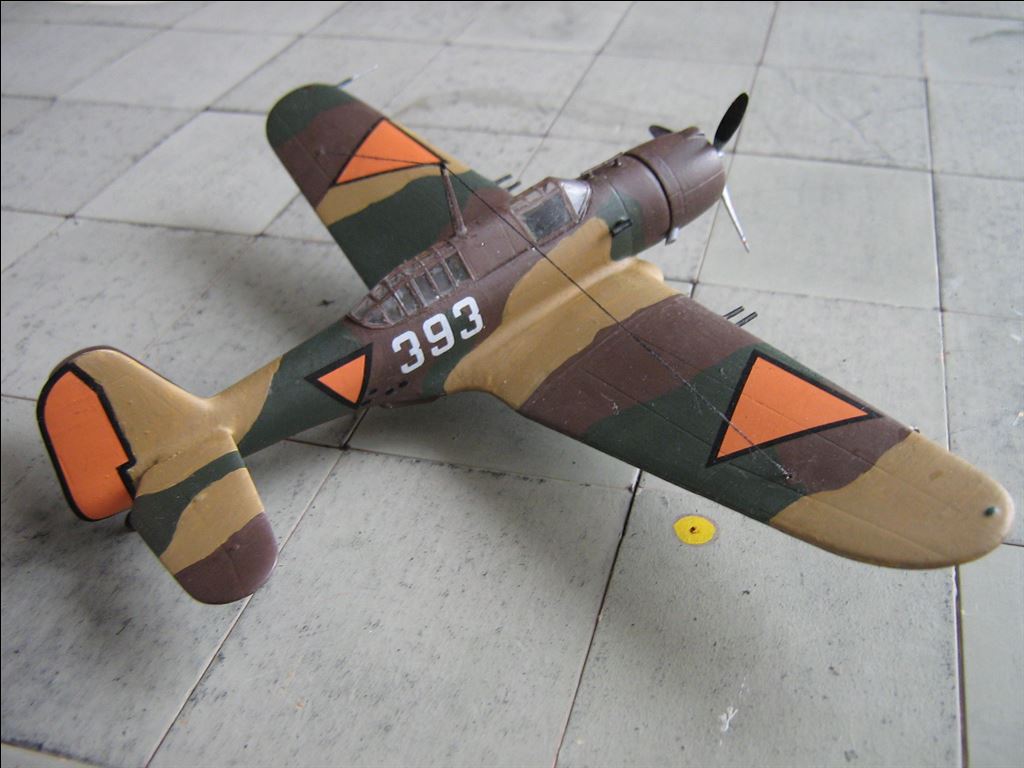 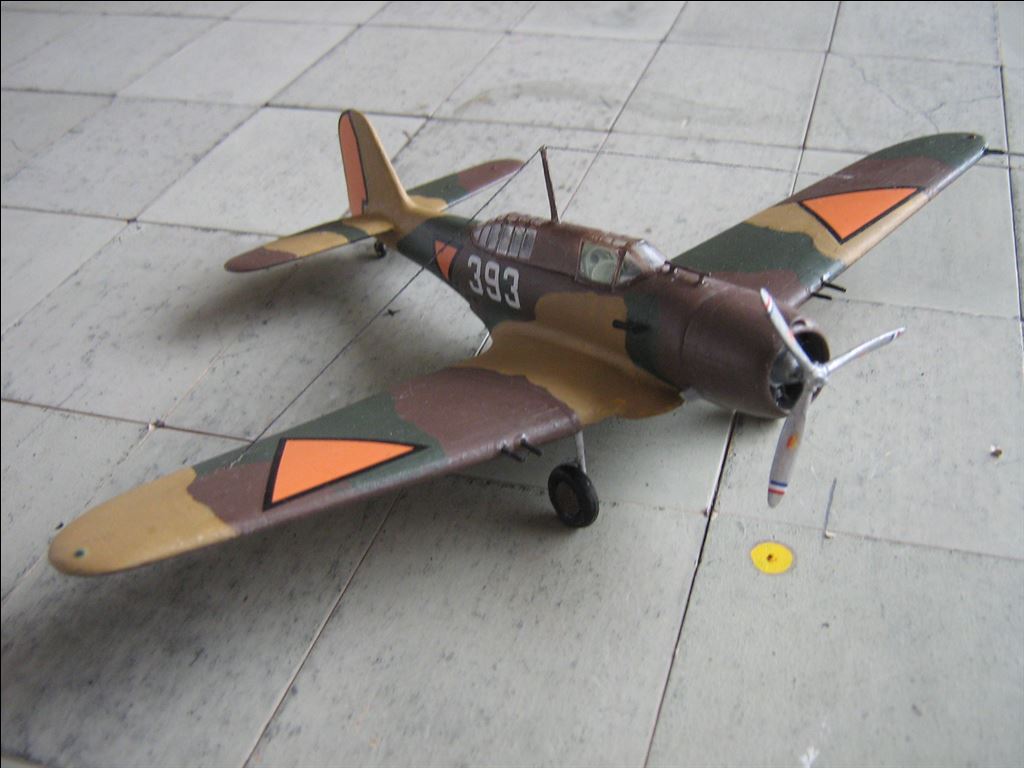 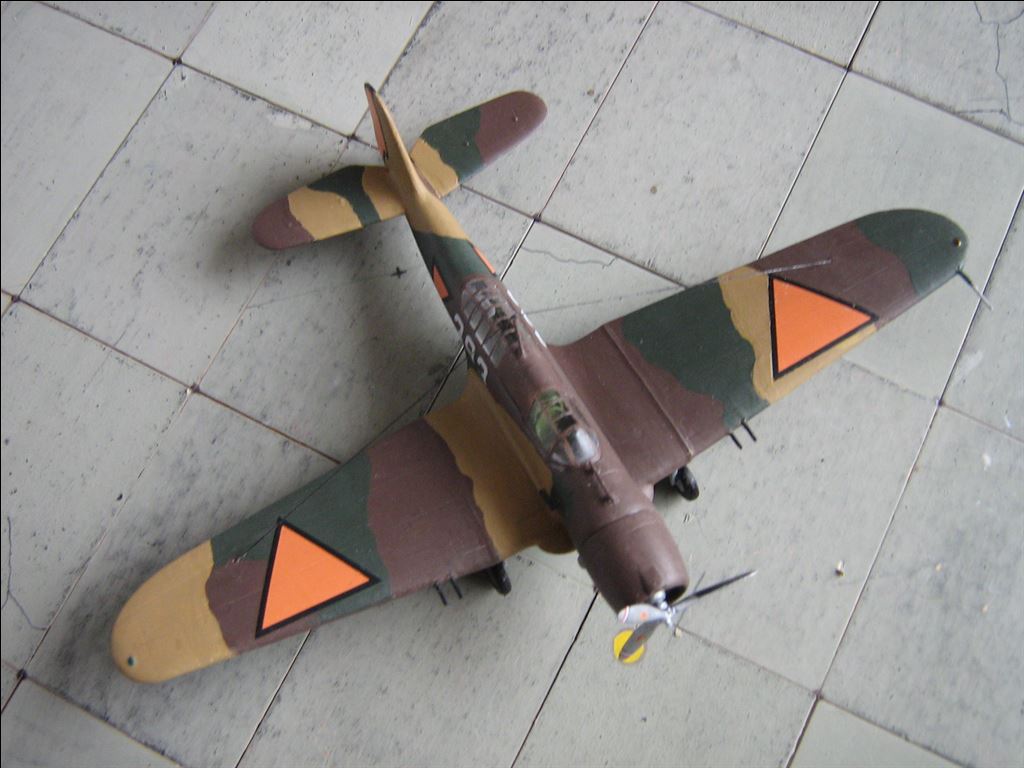 Douglas DB-8A/3N: Scheme 2 (beige and green reversed compared to scheme 1) applied on aircraft with serials 390 and on.