In 1944, the Hawker design team was considering how to apply the new Rolls Royce jet engine B.41 in the Hawker Fury design. In November 1944, P.1035 design was presented, in which the motor was positioned in the middle of the fuselage and the cockpit was positioned at the front of the fuselage.
After receiving permission from the Air Ministry the P.1035 was further developed, the elliptical wing was abandoned and the air intakes and the outlets were installed in the wing root, resulting in the P.1040.
It was now possible to apply the fuel tanks in front of and behind the engine in the hull, to improve the stability and the flight range.
The RAF showed little interest, because they already had two jets in use, the Gloster Meteor and the De Havilland Vampire. The P.1040 offered few advantages over these two types.
Hawker offered the type then to the Royal Navy as Hawker P.1046.
The P.1040 made its first flight on September 2, 1947.
There were a number of problems, for which the outlets had to be modified and a fairing on the tail was added.
On August 13, 1949, the second prototype VP 413 a fully equipped naval version, made its first flight. It had folding wings, a provision for catapult and armament.
In the course of 1949 flew a third prototype that had further improvements.
In mid-November 1951 flew the first production version, the Sea Hawk F.1 WF143. Compared to the contemporary Sabre the Sea Hawk was a rather conventional design with straight wings.
Later designs Hawker P.1052 and P.1081 both with arrow wings were designed and tested. These developments led to the Hawker Hunter. 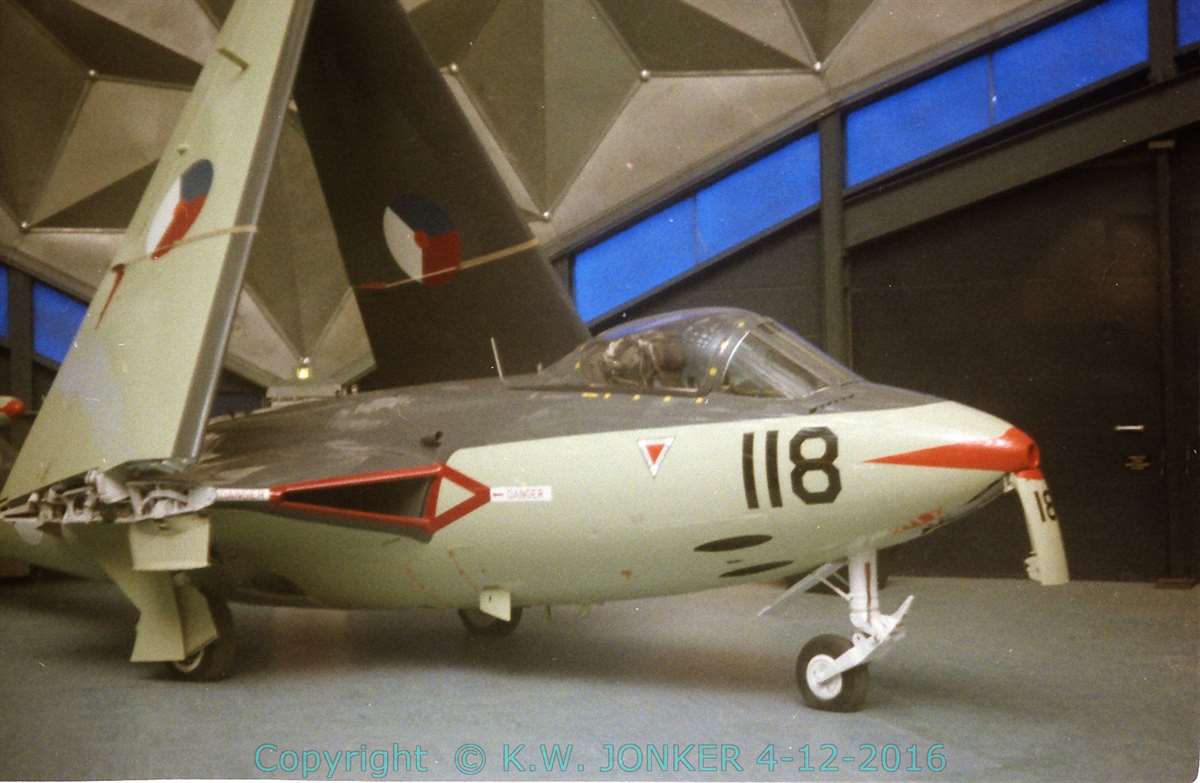 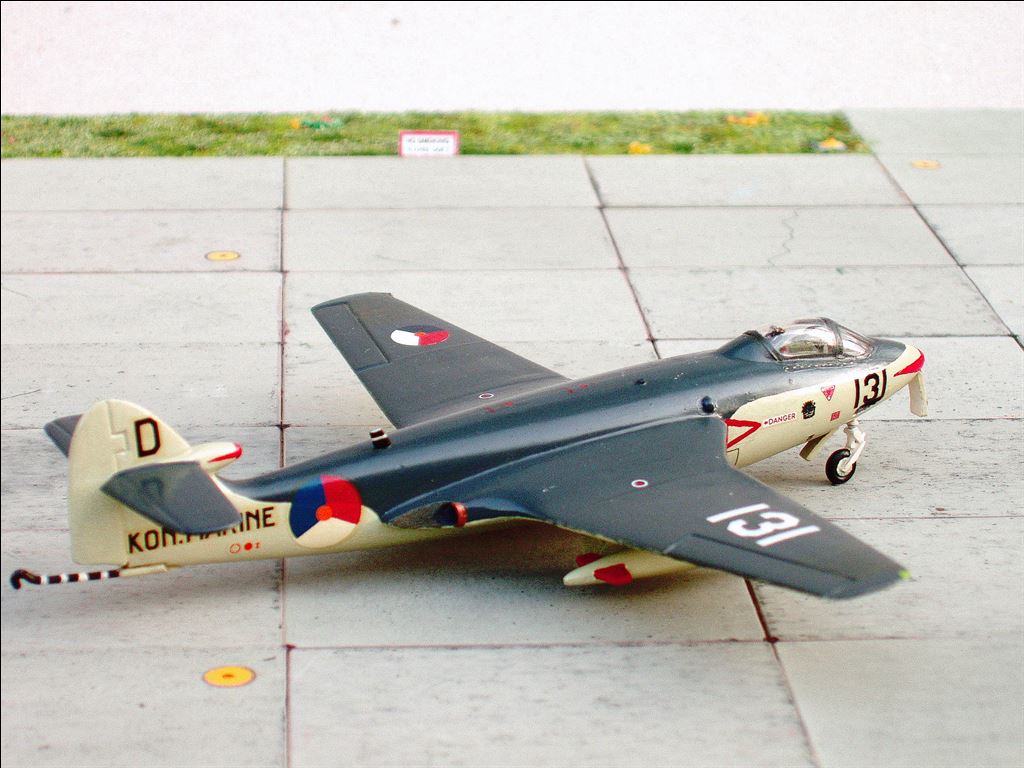 A model of a Hawker SeaHawk, built by Adri Kleijn.