The P2V-7, Lockheed Model 726, was the last version, built by Lockheed of the Lockheed Neptune.
In 1954 the first flight was made. It differed from the previous version by the more powerful Wright R-335-32W radial engines of 3,700 horsepower each, and by the two Westinghouse J-34 W-36 jet engines.

The AN/APS-20 radar radome was moved forward. The bomb bay was enlarged and could carry a load of 10,000 lbs.
Furthermore, the canopy was revised and the cockpit was placed higher and finally also the smaller tip tanks of the last P-2V-5 versions were used.

The first aircraft had a nose dome called Aero 9B nose and missed the long MAD tail boom. Later these were adapted.
The dorsal turret was finally replaced by a window.

There were about three hundred examples built, plus 48 pieces by Kawasaki in Japan. 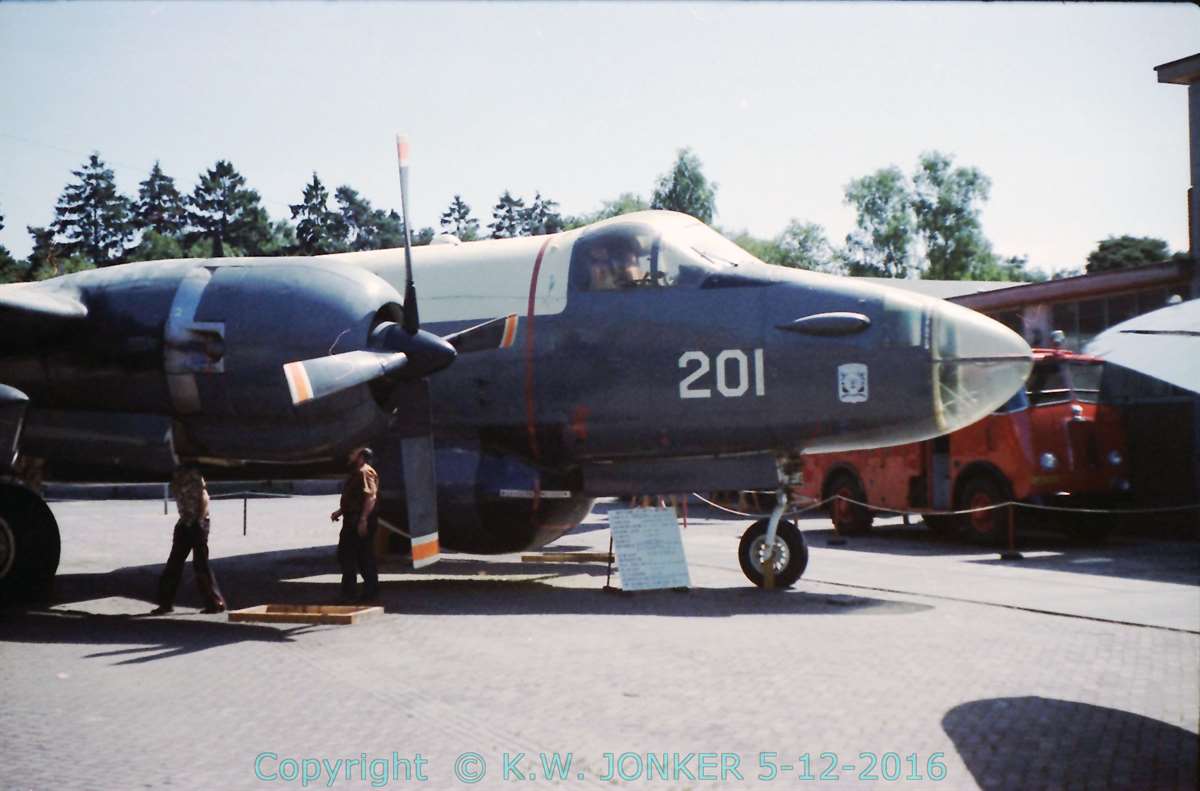 Lockheed SP-2H Neptune 201, photographed in 1983 at the Military Aviation Museum at Soesterberg. 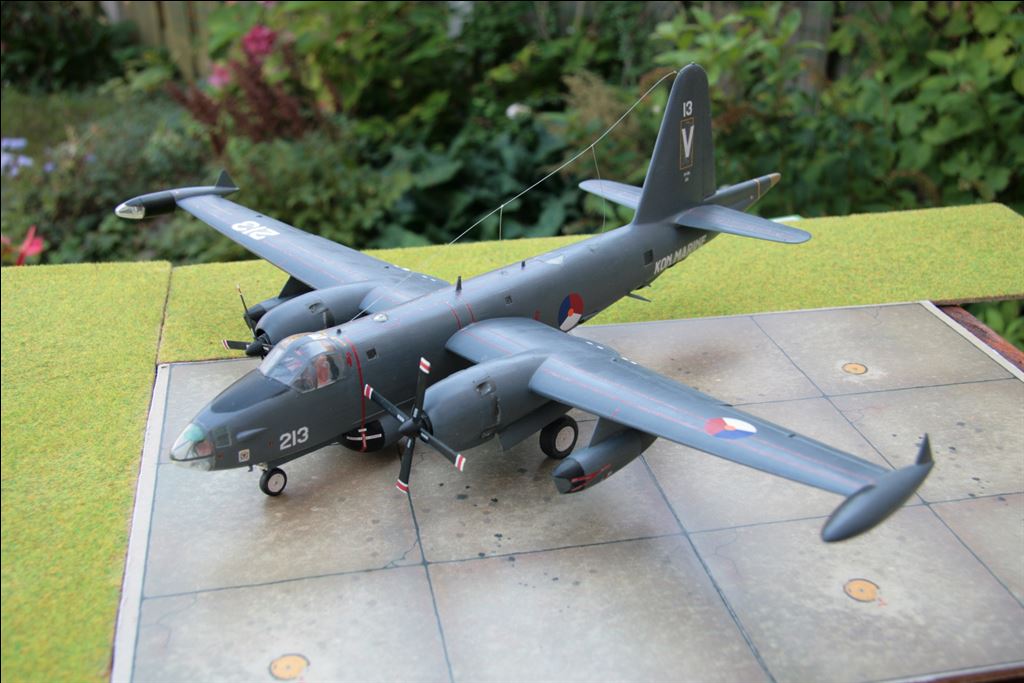 A model of the Lockheed SP-2H Neptune.
The kit used is the Hasegawa kit; the decals used are from Revell. 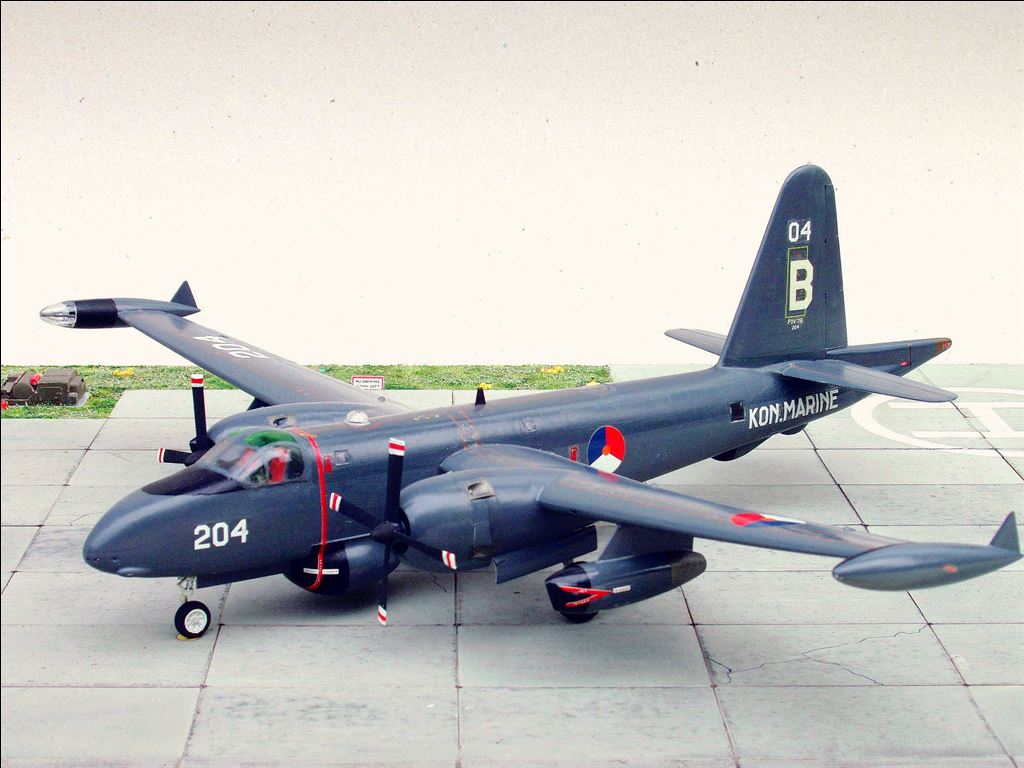 A model of a Lockheeed P2V-7b Neptune, built by Adri Kleijn. 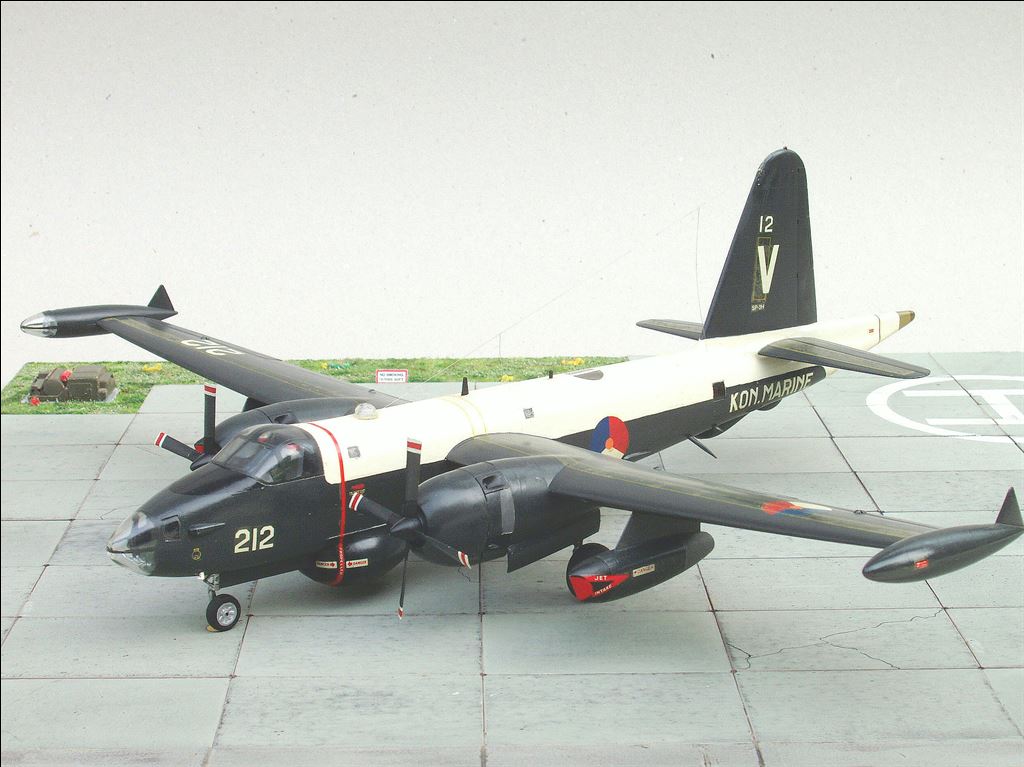 A model of a Lockheed SP-2H Neptune, built by Adri Kleijn.