In 1914, the White & Thompson Company Limited, who had achieved exclusive licenses for Curtiss flying boats for Great Britain, decided to built two different flying boats in a single-engine and a larger two engined machine [The purpose was to participate in a air race for seaplanes, that would be held in August of that same year].

The single-engined machine, the White & Thompson No 2 Flying Boat was the first to be ready and was a pusher biplane with a, Beardmore built 120 hp (90 kW) Austro-Daimler engine, which was mounted between the upper and lower wings. The hull was built of wood and the two crew members sat side by side. It made is maiden flight on August 1, 1914.

Meanwhile, the first world war broke out and the RNAS ordered eight similar flying boats, type designation White & Thompson No.3. These machines had rounded wing-tips and an enlarged tail. Furthermore, the central fin, which was, on the prototype, mounted on the centre section of the upper wing, was replaced by two smaller areas above the wings. The production aircraft were powered by a 120 hp Beardmore engine, although one aircraft was fitted with a 150 hp (112 kW) Hispano-Suiza.

In February 1915 an English flying boat of the Type white & Thompson no 3 was interned. It had made an emergency landing at sea near the Westerschelde during an attack on Zeebrugge.
It was hit by German flak and was overpowered by a Dutch destroyer and towed to Vlissingen.
Later it was purchased for 1500 pounds sterling and repaired at Soesterberg.

The aircraft, registered MG-1 and later M-1, flew in from April 1916 from Schellingwoude near Amsterdam and from the Mok. In July 1916 there was a crack in the engine mounting and after repair it made some flights from April 1917. 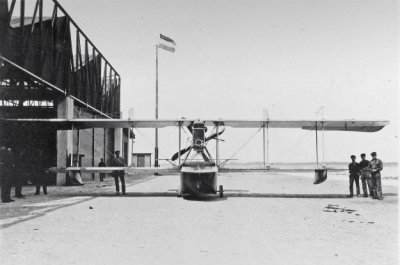 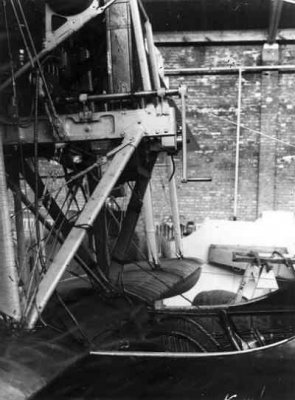 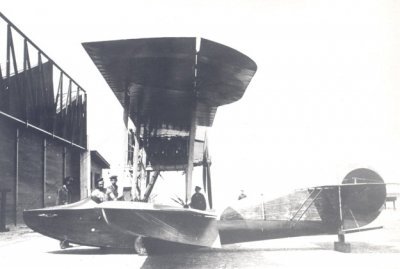 White & Thompson no. 3 of the RNlNAS.

Special thanks to mr H.G. Berfelo for providing me with information and good drawings of this flying boat.