The Beechcraft Model 18 was developed in the late thirties. It showed some resemblance with the Lockheed 10 Electra because of is size and twin tail.
The prototype first flew in January 1937.
The first aircraft had two Jacobs L-6 radial engines of 330 hp or two Wright R-760E of 350 hp each.
Later versions were fitted with the more powerful Pratt & Whitney R-985 to 450 hp.
As a test a Beech 18 was equipped with the Pratt & Whitney R-1340 600-horsepower, but the construction of the device proofed not toe be suitable for this engine.

Later, in 1955, an enlarged version of the Beech D18S, called Super 18 was developed. The fuselage was 150 mm higher, allowing more headroom for passengers.
The last version was Model H18, released in 1963, which was equipped with an optional three-piece landing gear.
In 1970 the last Beech Model 18 was produced.
Eventually over 8000 examples were built in more than thirty versions.

The production was well running when Beech received an order for a trainer for bombers, multi-engine pilots and navigators.
The U.S. Army ordered the AT-7 and the U.S. Navy ordered the SNB.
Later developments were the AT-11 and SNB-2 and C-45 transport.
The USAF used the Beechcraft Model 18 in a number of variants till after the second World War, including the AT-11, C-45, F-2 (photo reconnaissance) and the UC-45. In the first half of the fifties, many of these aircraft were fully converted to Beech D18S standard and provided with a variety of post-war improvements. They received brand new serial numbers and registrations.
In 1963 the aircraft went out of service.
The U.S. Navy also upgraded their Beech SNB to SNB-5 ans SNB-5P standard. These aircraft remained in use until 1972.
The U.S. Army Beech D18 remained in use until 1976.

After the war, various modifications were developed by third parties over the years. Many were adopted by the factory and applied, as in the case of the D-18G and H models.


In service with RNlAF; RNlNAS and RAF.

In service with the RNlAF.

The first examples were received in 1950 from U.S. surplus stocks. The Beech 18s were used for multi engine training and were assigned to the AVOT (Aanvullende VliegOpleiding Tweemotorigen) [Additional twin-engine flight training].
Later they were also stationed at the TransVA (Transport VliegAfdeling [Transport Section] and its successor, 334 squadron.

The last Beechcrafts were withdrawn from use in 1959.

Both the Beechcraft in the Military Aviation Museum as the one of the SKHV are of a slightly different version than the Royal Netherlands Air Force. The museum Beech originates from the RijksLuchtvaartSchool (RLS), whereas the Beech of SKHV is originally a Canadian example. 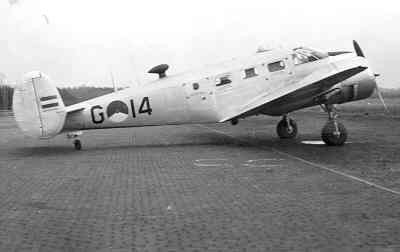 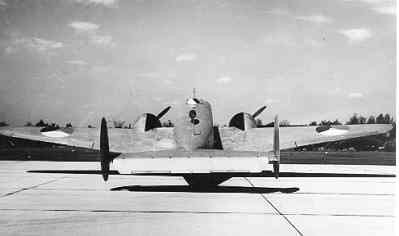 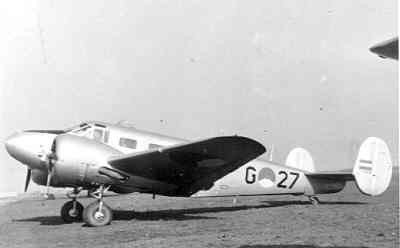 These were used for the training of observers and telegraphers. They were also used as communication aircraft. They were stationed at VSQ 5 on naval air station Valkenburg. 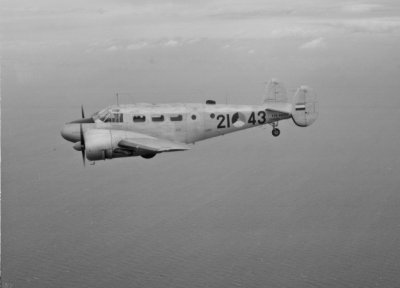 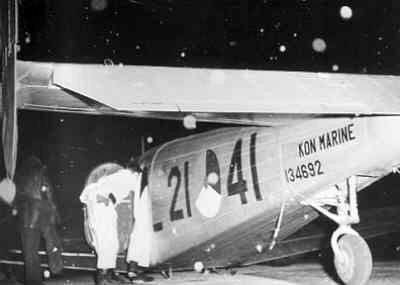 Above and below: Beechcraft TC-45J Navigator, 21-41 of VSQ 5, crashed at naval air station Valkenburg during a night flight.
[Enclosed photo from BeeldBank NIMH. Click on photo for ordering information] 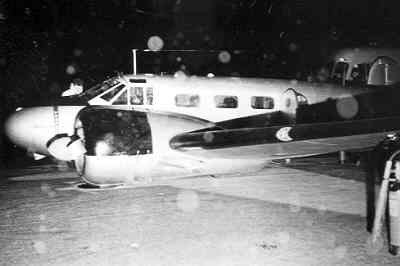 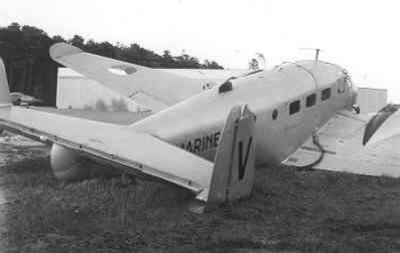 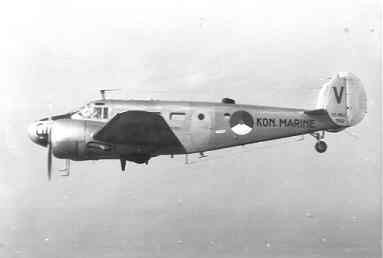 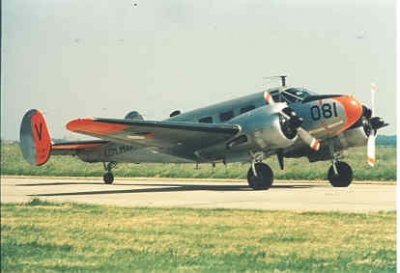 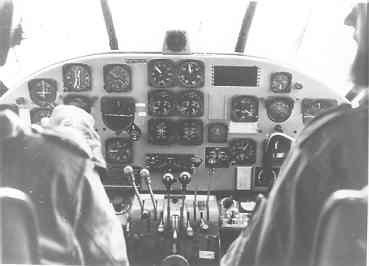 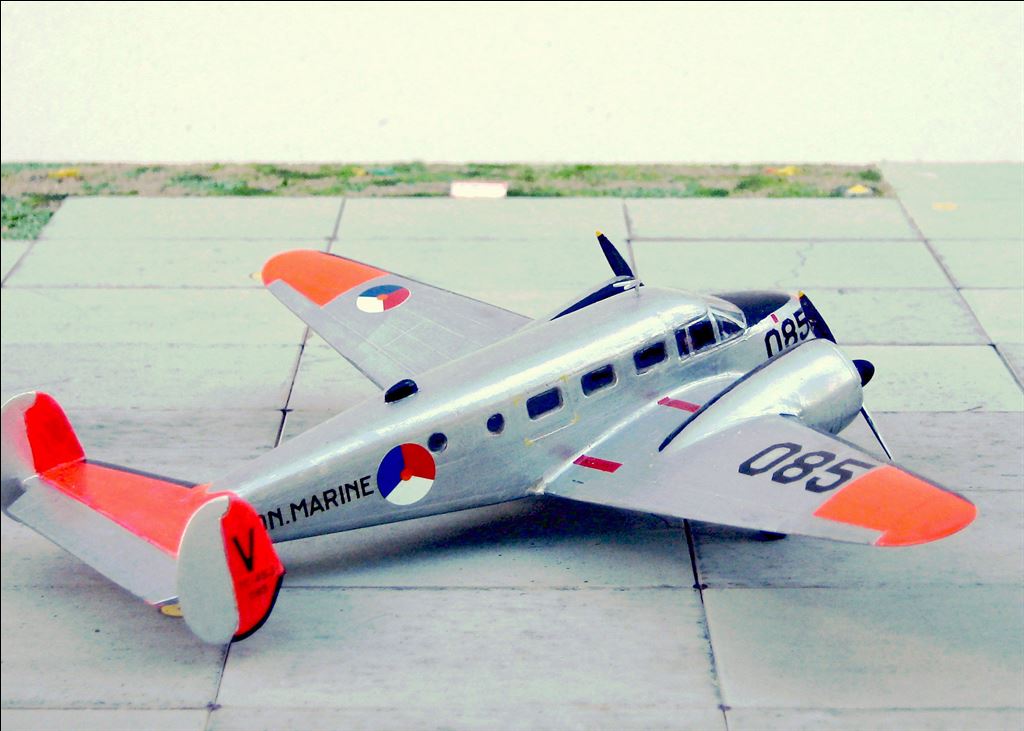 A model of a Beechcraft SNB-5 Navigator, built by Adri Kleijn. 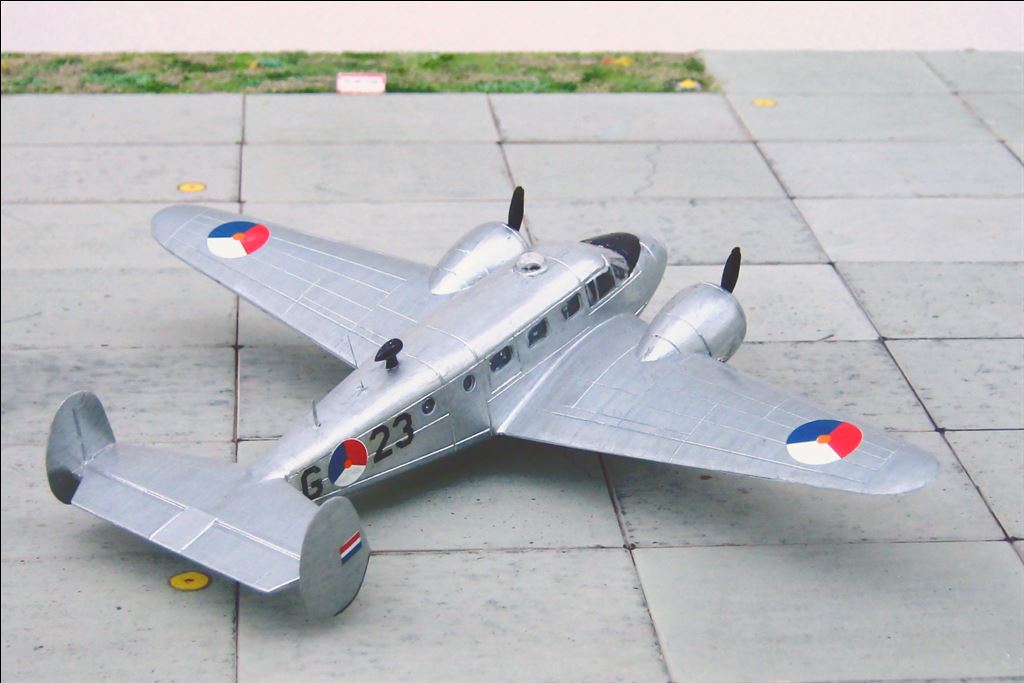 A model of a Beechcraft T-7 Navigator, built by Adri Kleijn.

Colour scheme of the Beechcraft T-7 Navigator of the Royal Netherlands Air Force.

Delivery  scheme of the Beechcraft SNB5/TC45J Navigator of the RNlNAS.