The Hansa-Brandenburg W-29 was designed by the end of 1917 by Ernst Heinkel as successor of the successful Hansa-Brandenburg W-12.
The German navy demanded a faster aircraft with more fire power to resist the Felixstowe flying boats. The W.29 was a two seat monoplane.
The first production series of six aircraft, numbers 2201 - 2206, was ordered in December 1917. Delivery was in spring 1918.
These six aircraft were equipped with a Benz Bz.lIIb. engine rated 185-195 hp. Remarkable were the six exhausts, pointing upwards at port side of the plane. Also the engine cowling had air intakes.

July 4 the first fight between four W.29s and three Felixstowes occurred. All Felixstowes were shot down and there were no Germans losses.
The W-29 was armed with two fixed forward firing, synchronized Spandau machine guns plus one movable Parabellum machine gun for the observer.
The fuselage resembled its precedent the Hansa-Brandenburg W.12. Also the floats were almost the same. The wing was of a wooden construction covered with doped linen.
The type was very successful and in may 1918 new orders were received, serials 2287- 2300, 2502 - 2536 and 2564 - 2583. These had a (standard Benz Bz III rated 150 hp. The last series of four, 2584 - 2589, was, just like the first series equipped with a Benz B.IIIa rated 185 hp.

The Hansa-Brandenburg W.29 was a so called C-class aircraft.
This C class consisted of two seat aircraft with movable machine guns.
The first series were of model W.29 C3MG.

So model C2MGHFT is an aircraft with one fixed machine guns; one moveable machine gun and a wireless send and receive installation.
The production series of the W.29 were divided as follows:

April 1918 the Hansa-Brandenburg W.33 was ordered to succeed the W.29. This larger aircraft was equipped with one Mercedes rated 260 hp and had a wingspan of 15,85 m. Serials 2538 - 2563 were ordered. The first aircraft had two fixed forward firing machine guns and a Maybach engine rated 260 hp. One had one fixed machine gun and a movable 20 mm necker gun for the observer.

Later the larger W.34 with a Fiat engine rated 300 hp was developed, but this was to late to join the war.


During 1918 this aircraft was interned.
Clearly visible is the German hexagonal camouflage pattern on the upper side of the wing.
The floats and styles are black, the fuselage is of a rather light, possibly grey, colour. About operational use in Dutch service nothing is known, probably it has never been used. Also the date of internment and the German serial is not known.

It has stood at the cradle of the later Van Berkel WB, though this aircraft was quite changed compared to the original Hansa-Brandenburg W.29 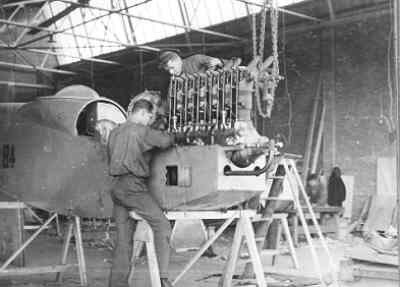 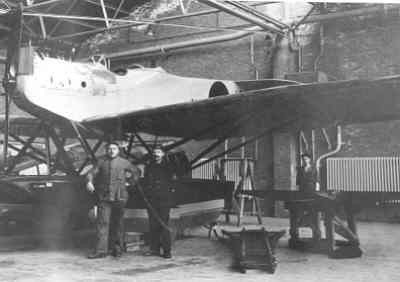 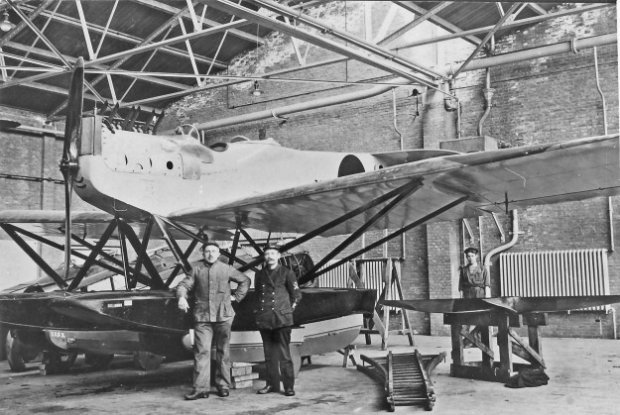 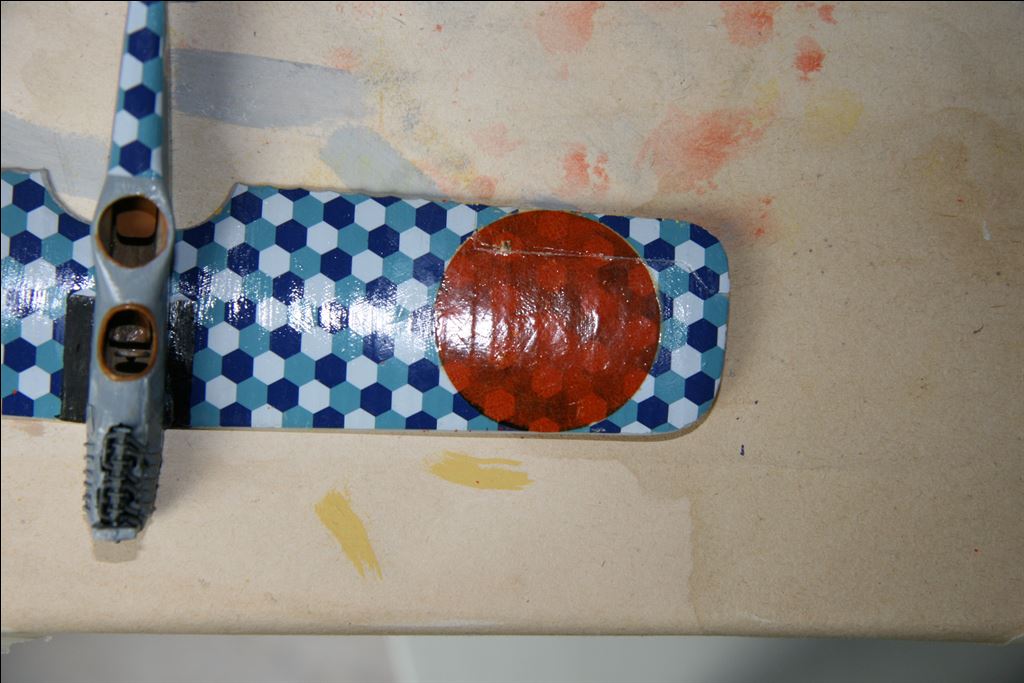 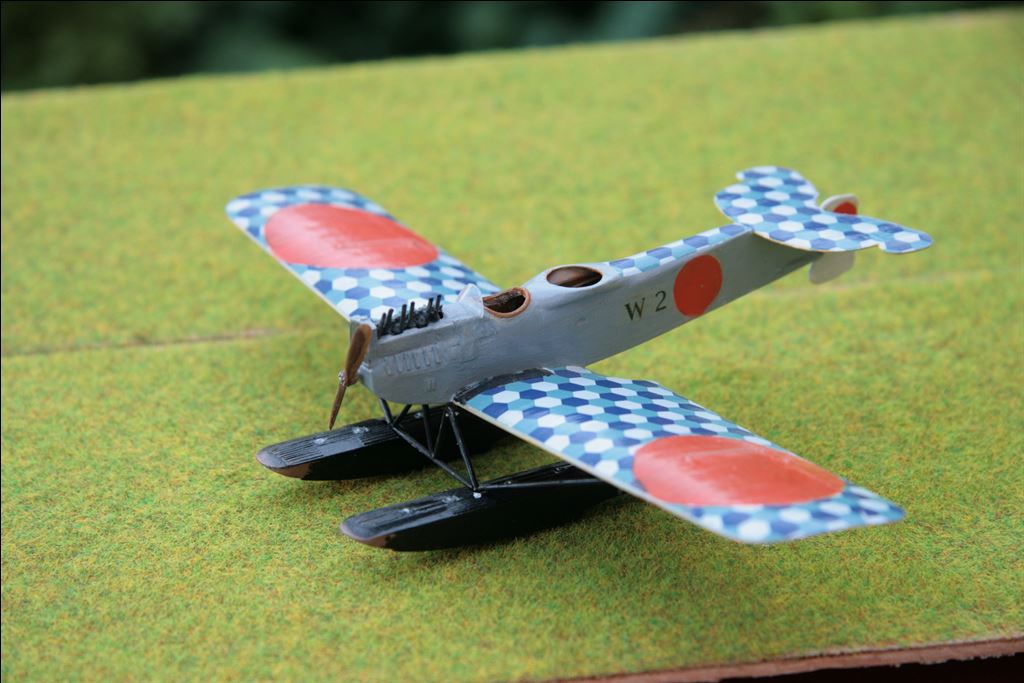 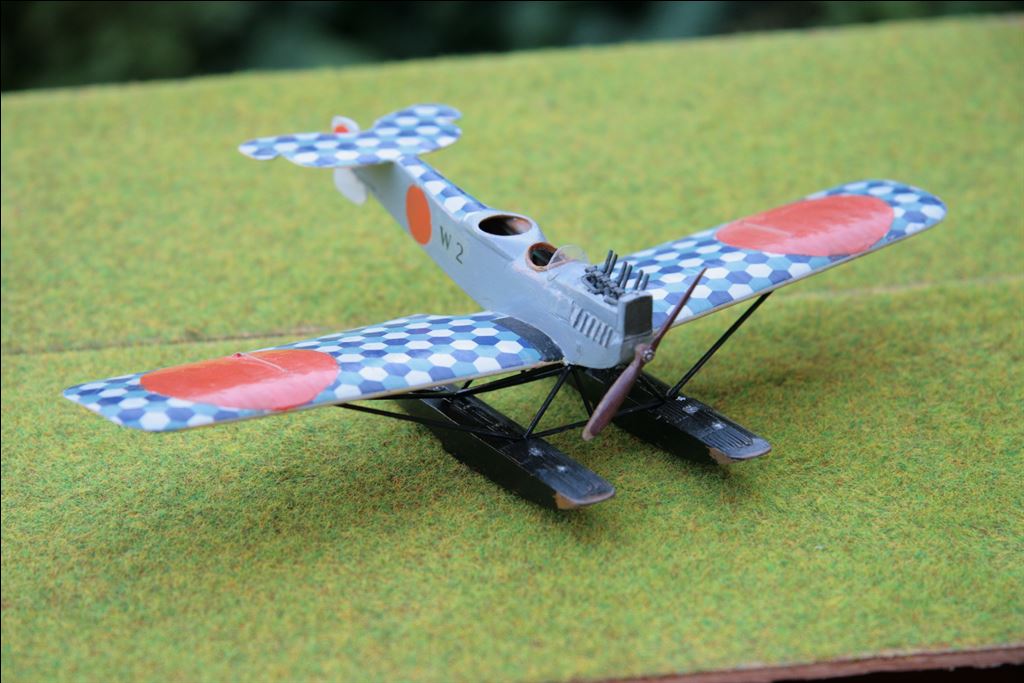 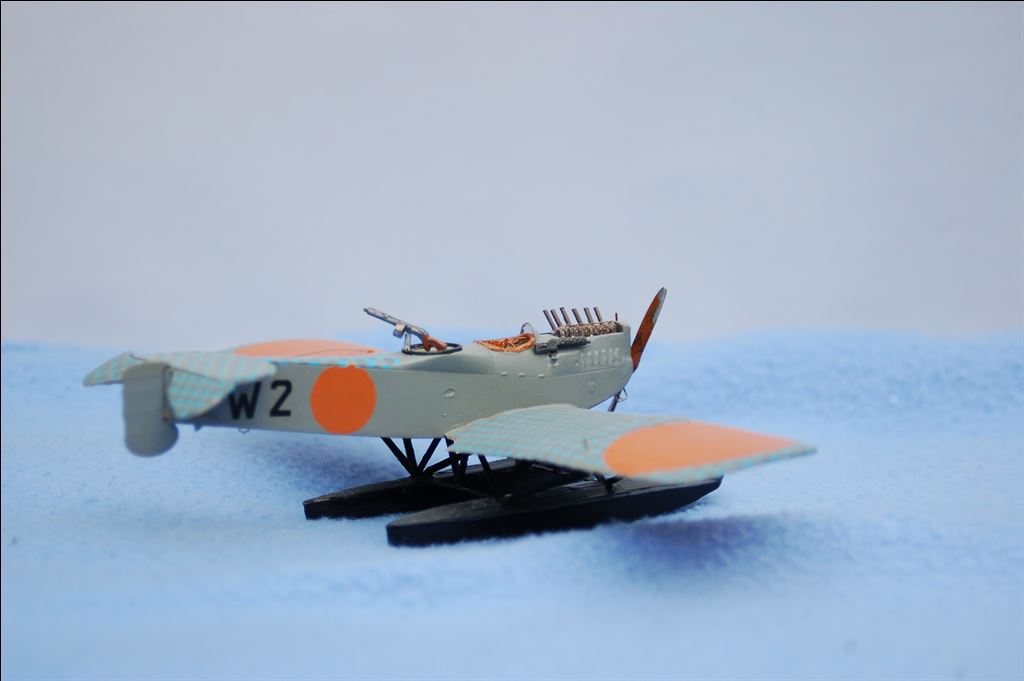 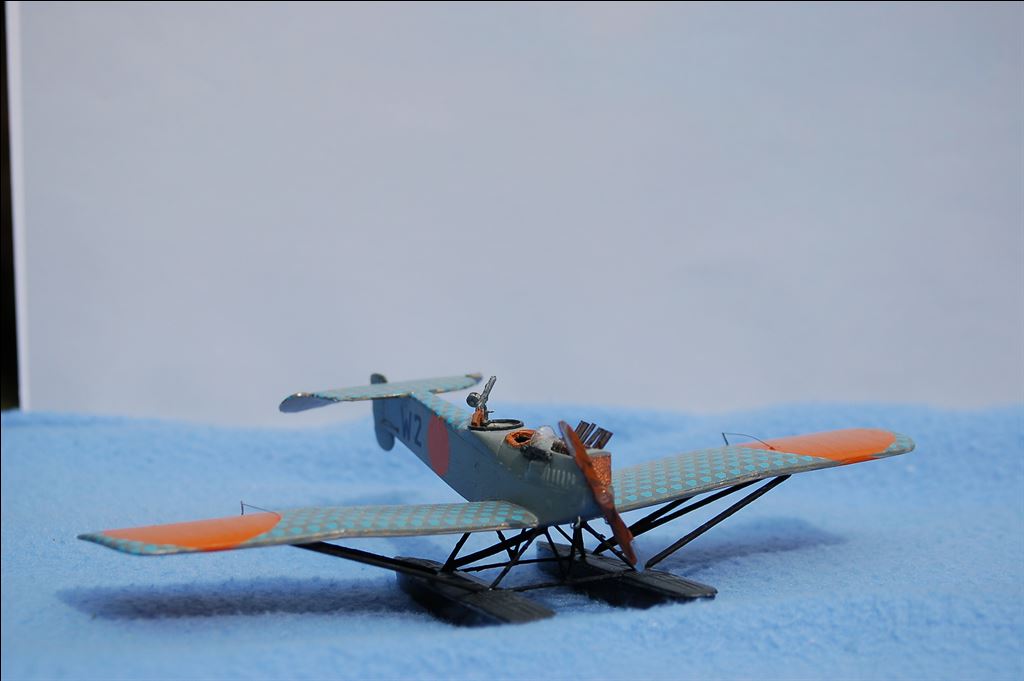 
Based on information in “Camouflage en Kentekens“ the Hansa-Brandenburg painted according to the standard prescription for the Imperial German Navy in April 1918.
All horizontal surfaces visible from above should be provided with regular hexagons with sides of 15 cm and grey colours blue, brown and grey violet.
The other surfaces should be painted in a gray-blue hue.
Surfaces on the bottom should be provided with a light blue tint or linen coating kept the natural linen colour.
Everything had to be finished with lacquer.

Hansa-Brandenburg W.29 was fitted with wings regular hexagons, the floats and styles were probably covered with black tar varnish. The hull was light blue grey.

"Camouflage en Kentekens..." lists the German colour Light with the "transcription" listed below (see table)
I am not sure whether this is the same as the colour of the then German Navy used for its aircraft.