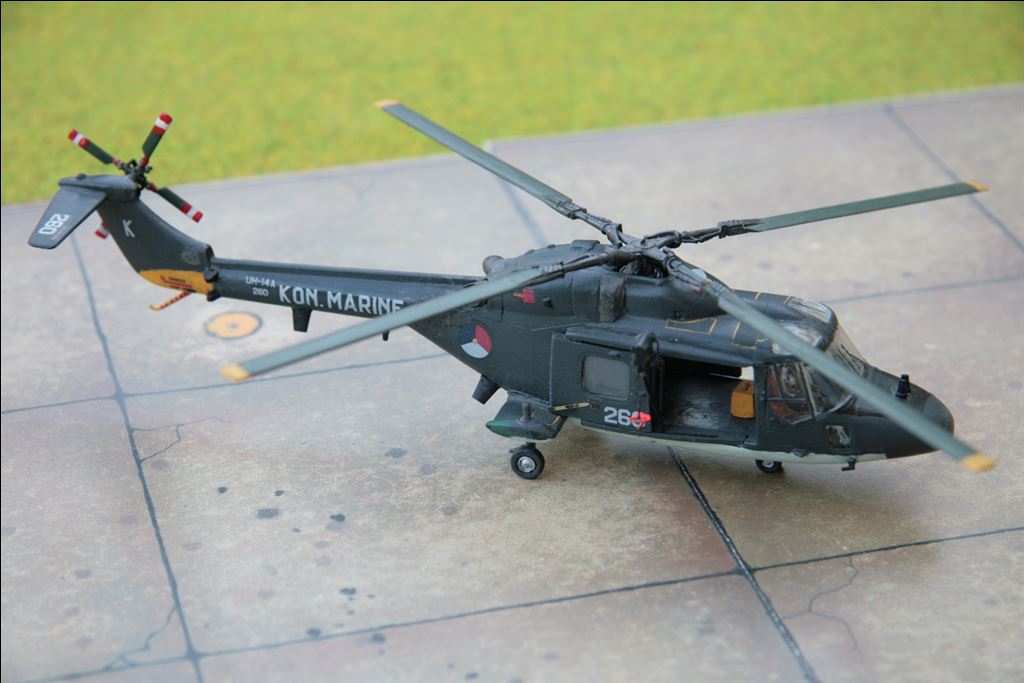 Model of an Airfix Westland UH-14A Lynx built early eighties.
The decals used, were added at the kit at that time. I scratch built the hoist and added some details to the interior. 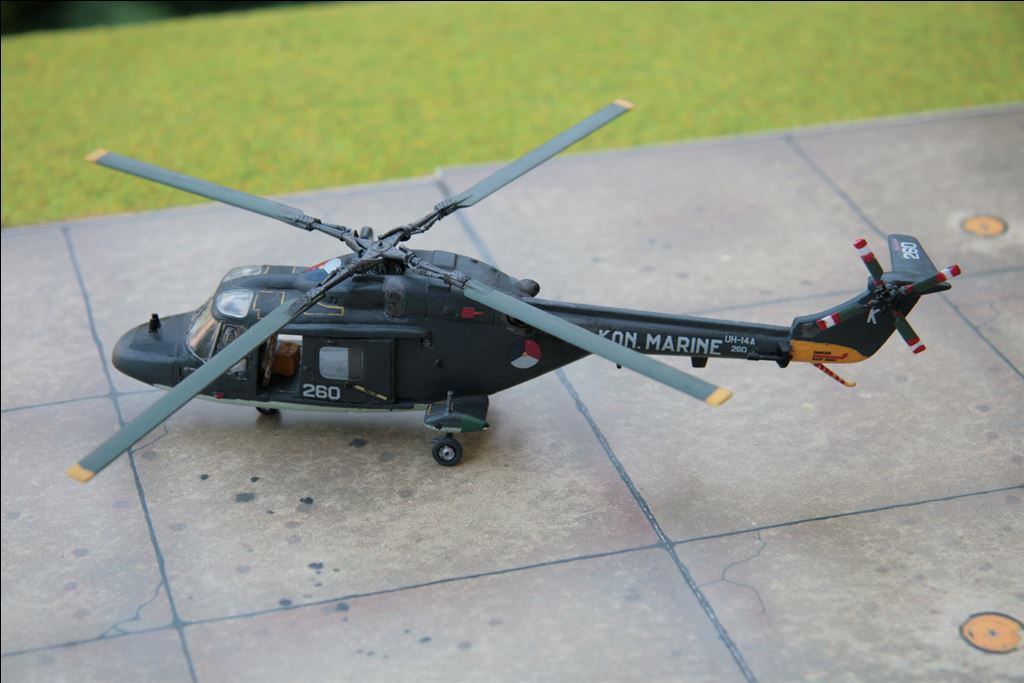 More information regarding the Dutch Lynx

There are also scale models of the Lynx released by Matchbox, in fact a model of the prototype, Frog and Revell (a slightly modified Matchbox-Lynx) been available. These are of lesser quality than the earlier mentioned models.

All scale models are more or less ready to use on a UH-14A, some antennas, hoist needs to be added and some of the interior has to be reworked.

For the SH14B (and SH-14D) a sonar must be made, I haven't done this yet. See the drawings for location and size; it is a hole in the bottom of the hull and with some kind of fairing installed. See the drawings (and photos) for sizes and shape.
The operator sits in a chair on the port side with in front him/her the controls and instrument panel.
When the sonar is not built in, the hole covered with a panel. Chair and instruments are also removed.
Furthermore, the SH-14B has an antenna at the right just in front of the cockpit.

The SH-14C in its original version with MAD, a MAD system has to be built from scratch, see also refer to the accompanying drawings.
The MAD installation was attached to the port side sponson (the right side of the aircraft).
The operator was sitting in the same position as the sonar operator and the equipment was mounted on the same place in the cabin. [At time of writing I have no photographic material of the MAD system can get in MIP No. 4, 1984 (a release of IPMS Netherlands) are two photos available of this installation]

The upgraded versions, designated as SH-14D is more or less based on the SH-14B and the experiences with the Phalanx version.
The most striking since the mid nineties applied BERP blades and the floats attached to the nose.
These attributes are added to the Mk.8 edition of the Airfix Lynx and also to the Hobbyboss Lynx.
Furthermore, the sonar system to be added and for the Airfix kit an extra seat for the sonar operator has to be placed in the cabin.
Furthermore, all kinds of extras are manufactured, such as the additional floats, the antenna on the front of the fuselage as was available on the SH14B, the CHAFF-FLARE installation, the GPS antenna on the tail, a smaller antenna the nose and a similar one on the tail. The left blade antenna on the nose should be omitted.
in case the BERP-rotor are added to your model, the horizontal tail must be shortened. Approximately 454 mm (= 6.3 mm in scale 1/72) was removed and a rim of about 2 cm (= 0.4 mm in scale 1/72, for example a strip of Evergreen 0.25 x 0,5 mm) has to be at the trailing edges.

The RNlNAS has maintained the original tail rotor. The Airfix HAS Mk.8 still has this rotor. 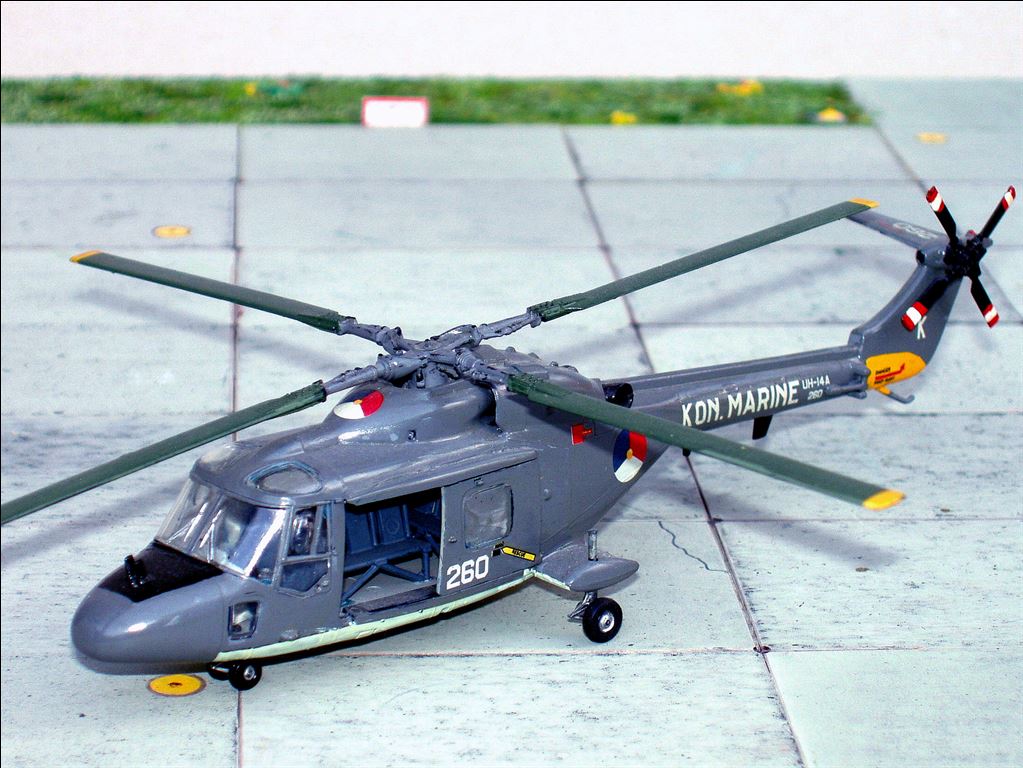 The Revell kit of the Westland UH-14A Lynx, built by Adri Kleijn. 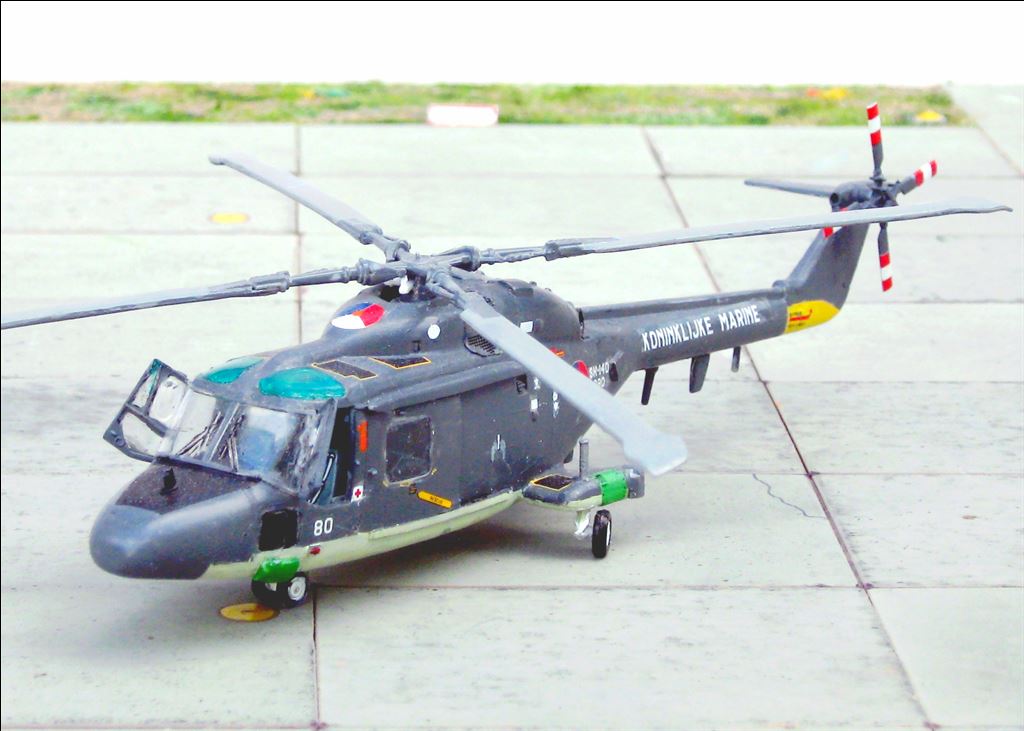 A model of a Westland SH-14D Lynx; the kit used is the Airfix kit; Model is built by Adri Kleijn. 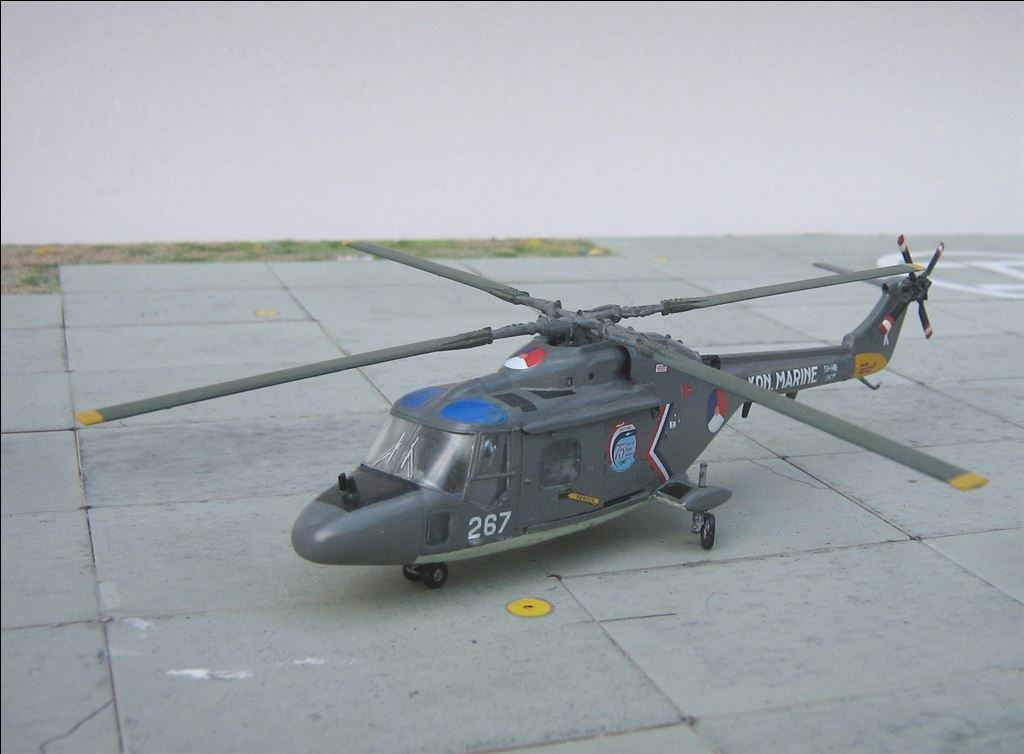 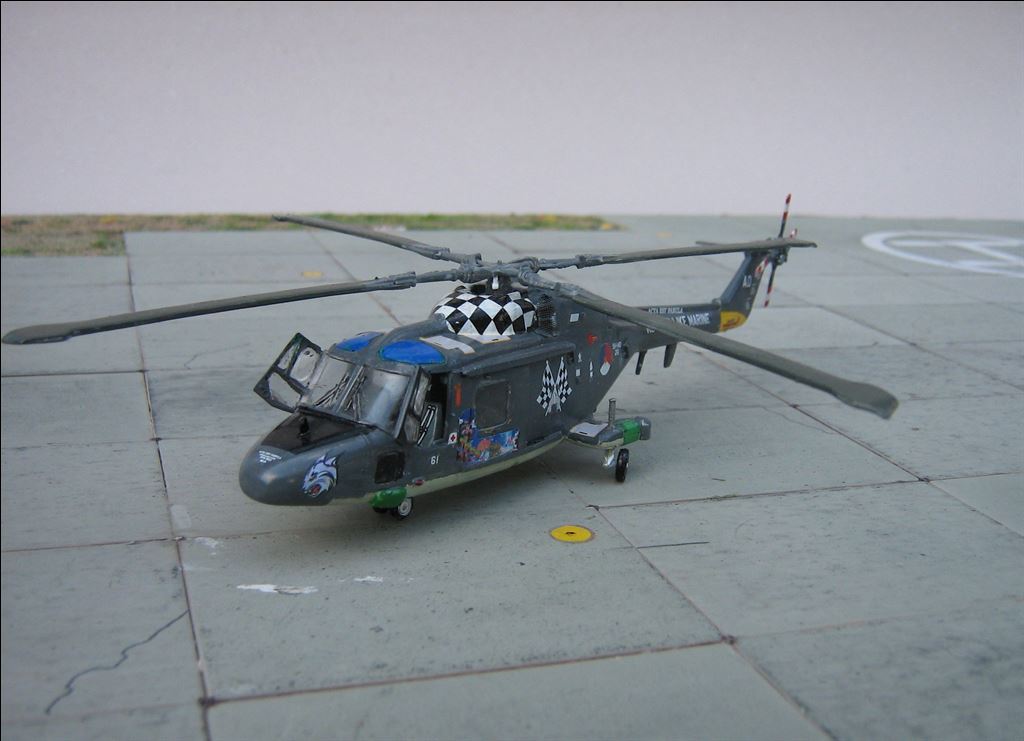